Invitations to Other Worlds and Absolute Elsewheres: The Ballantine Adult Fantasy Series. 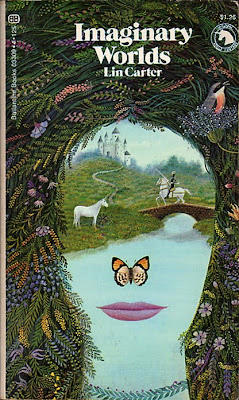 I read, and, in reading, lifted the Curtains of the Impossible, that blind the mind, and looked out into the unknown.

William Hope Hodgson, The House on the Borderland.

Unless my eyes are deceiving me, the design and illustration of book covers is a long lost art-form. At a time when the publishing industry needs to emphasize the fetishized magic of the physical object of the book more than ever before, books seem less magical than ever hitherto. When it was a proper art-form, book covers had the capacity to meld with their contents in order to create a sustained and unified art-object. Of course, books are written by people like ourselves, with problems similar to our own, and take shape slowly and messily. They reach us only after they have passed through an unseen world of commerce and mass production; and yet we ascribe a magical origin to books that we love, a sense that they have come to us from somewhere out of the ordinary run of things, far away from any world of commerce or mass production, far away from ourselves. In the past, book covers possessed a level of artistry that was sufficient to facilitate this notion; but today the increasingly prosaic and workman-like character of so much cover design makes all too explicit the prosaic realities and commercial nature of publishing.

This is all the more striking with regard to genres whose natural function is to inspire a sense of the exotic and otherworldly. In an odd way, the artistry of science fiction and fantasy covers seemed to decline in direct proportion to the degree to which the genres themselves became more successful, respectable, and mainstream. A great many science fiction covers today have adopted a kind of minimalist approach that tries almost to exclude any visual reference to the fantastic. Where illustrations are included, they are notably less vital and colourful than the design sensibility of yesteryears, but something more crucial yet is missing. The older artists drew and painted other worlds as though they’d actually visited them, as though they were real places; today, the artists draw them strictly as conventions, as things not seen and experienced first-hand, but rather picked up as abandoned cultural luggage from other artists, other books, movies, and so on. 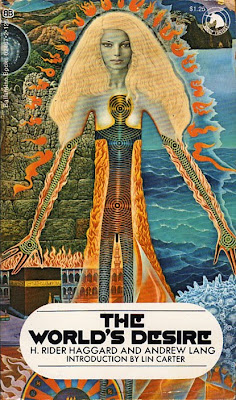 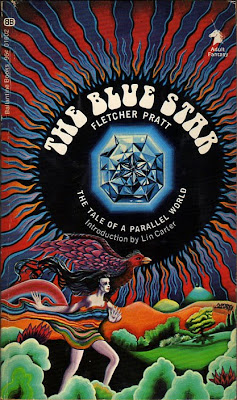 The high-water mark period for sci-fi and fantasy covers was the seventies. The biggest single reason for this was the psychedelic revolution of the previous decade. Psychedelic culture will forever be associated with the 60s, but I often suspect that the proper flourishing of a psychedelic design sensibility actually occurred in the 70s, after the culture had more fully absorbed and assimilated the sensory and ontological overload of the psychedelic experience. 70s psych design was a little darker and more paranoid around the edges than the effusive and utopian work of the previous decade. It was also weirder – 70s psych seemed to show a greater awareness of the intimate links between psychedelia and the earlier artistic revolution of the surrealists. In many respects, Albert Hoffman’s discovery of LSD in 1943 provided a chemical tool and a new scientific impetuous to continue the surrealists’ exploration of the strange inner landscapes of the mind. Arguably, the emergence in the 20th century of surrealism, psychedelia, and fantastic/weird literature were all symptomatic of the same basic impulses. Each of these movements journeyed to their respective other worlds – lifted the Curtains of the Impossible, in William Hope Hodgson’s very proto-psychedelic expression of 1908 – in stark defiance to the culture’s dominant faith that reason and logic dominated the mind, and the physical world of which the mind was a component. Surrealism, psychedelia, and weird fiction all sought to collapse the boundary between the inner and outer landscapes, between the real and the fantastic; in the book covers of the 70s, these three cultural currents converged to produce mass market paperbacks that functioned as potent invitations to other worlds and absolute elsewheres. 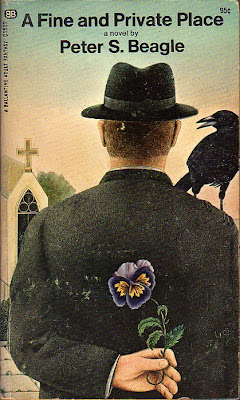 The Ballantine Adult Fantasy Series was a remarkable imprint of Ballantine Books that lasted between the years of 1969 and 1974. Although it goes somewhat against the grain of popular wisdom, the greatest single bane to fantasy literature in my opinion was the massive success of Tolkien’s Lord of the Rings. Tolkien’s work, however magical or innovative in its day, established the template that fantasy would effectively follow to its own detriment ever since: overlong neo-medievalist epics with broad-strokes story-telling, wooden prose, and an increasingly predicable and conventionalized conception of the otherworldly and fantastic. The really worthwhile gems of fantasy literature emerged prior to, or operated outside the template established by Tolkien: strange, difficult to pigeonhole works that blended elements of science fiction, horror, and fantasy before these generic subdivisions became firmly demarcated. This is the tradition we now call weird fiction; a treasure trove of forgotten outsiders and visionaries whose work got lost in the broad clamour of Tolkien imitators. The Ballantine Series, consummately edited by fantasy author and enthusiast Lin Carter, was a brave stab at restoring this tradition in the aftermath of the massive success of Rings in the late 60s. During its brief shelf-life, it republished works by pretty much all the great authors at the weirder and more interesting end of the fantasy spectrum: Lord Dunsany, James Branch Cabell, Clark Ashton Smith, William Hope Hodgson, H.P. Lovecraft, Mervyn Peake, Hope Mirlees, and many other writers, the majority of whom remain obscure to this day. I only discovered the existence of this imprint recently, and I’ve a serious yen to collect the lot. The covers are beautiful: 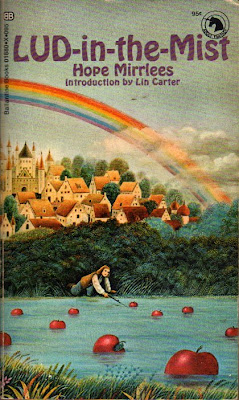 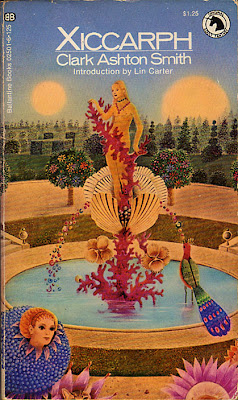 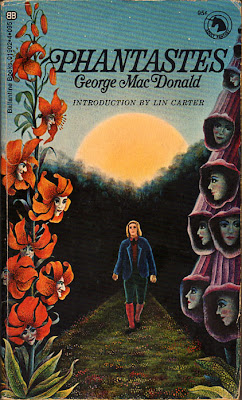 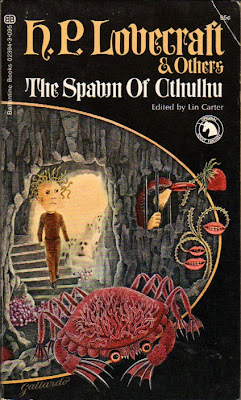 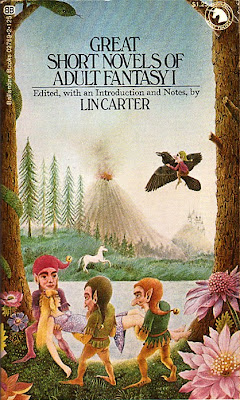 Posted by Tristan Eldritch at 8:58 PM