Mutants and Zombies: Who Would You Be in the Everyday Apocalypse? 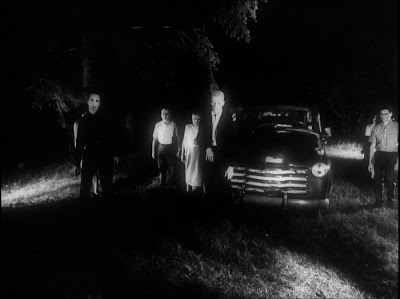 Part 1 the coming of the mutants

THEY CAME FROM THE FRINGES.

The mutant and the zombie exert a powerful influence over the popular imagination of the 21st century. The mutant, whose early life was always as the aberration, the monster, and the creeping menace, is now most commonly recognised as a hero, thanks to an initially low-key invention of Stan Lee and Jack Kirby in the early sixties: the Uncanny X-Men. For the zombie, there have been shades of ambiguity, perhaps even sympathy, but no such rehabilitation: a lumbering vampire without the Old World charm and considerable sex appeal, the zombie will always be a creeping, life-threatening nuisance. He is, however, our creeping, life-threatening nuisance.

Both the mutant and the zombie have made fascinating journeys from the fringes of post-war culture into the mainstream of the 21st century. The X-Men were by no means shining stars in the Marvel renaissance of the early sixties. Among comic book readers, their popularity ranked well below that of Spiderman, the Fantastic Four, Hulk, and a variety of others. It wasn’t really until the early eighties that the X-Men acquired a massive readership among the then hermetic sub-culture of comic book fandom. There followed a further two decades before the general culture would have an inkling of their existence: first in the nineties, a lot of kids were turned on to the X-Men by a poorly animated, but surprisingly faithful daytime cartoon; then in 2000, Bryan Singer made the movie that cemented the Strangest Superheroes of All as cultural icons. (A large proportion of the movie’s success was down to the break-out performance of Hugh Jackman as Wolverine. At some point, the virility of the American male became a thing of the past, probably due to a failure to heed the dire warnings of Norman Mailer during his heavy pot days. Since then, the US has been exporting masculinity from Australia.)

Similarly, if you go back about twenty years, nobody really gave a damn about zombies. You could rent out Night of the Living Dead (in Ghoulish Colour!) from a video store, but beyond everybody’s communal recollection of being inexplicably terrified by Thriller, the zombie had no real cultural foothold. Zombies were strictly a sub-culture thing; the only people who cared about zombies were gore-hounds (then a virtually invisible minority) and cineastes who were adventurous enough to admire George Romero pictures. If you had asked anybody in the eighties or early nineties what three objects they would most like to have in the advent of the zombie apocalypse, you would probably have been sent away to the comedy farm pronto. Nowadays, people talk about the zombie apocalypse as though it were a matter of when rather than if – indeed, if it hasn’t already been and gone. Zombies are literally everywhere now – the kind of global domination coup that their erstwhile z-grade budgets would never allow. Mutants, and their close cousins the super heroes, threaten to outnumber ordinary homo sapiens in the cultural sphere. What gives? 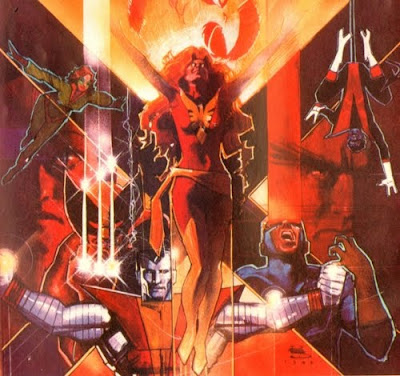 CHILDREN OF THE ATOM: THE BIRTH OF THE SUB-CULTURE.

and don’t you cry

Move on Up, Curtis Mayfield.

The Atom Bomb blew like a tornado through the twentieth century, ushering America and the world out of its familiar, monochrome Kansas, into a teeming, Technicolor elsewhere – a difficult to navigate new world of high-technology, high-anxiety, and rapid cultural mutation. The most revelatory and subjectively accurate maps of this new topography were realized at the far fringes of respectable culture, in the fever-dreams spun by pulp magazines, comic-books, and Hollywood b-pictures. In this pulp landscape, uncensored and unfettered by good taste or any cosy sense of rationality and realism, an idea developed that the Atomic Age might abruptly cause evolution to take a disastrous leap into the future – as though geologic time were a spool of film hurtling in fast forward to the monstrous shapes of distant tomorrows. In Japan, the shockwaves of the Atomic explosion had already awoken Gojira (Godzilla) from his slumber in the depths of the ocean. In the US, the advent of Atomic Power had stirred up something distinctly more futuristic in the skies, and in the mysterious outer reaches of space – the curiosity of the UFO. In early Atomic Age pop culture, the mutant invariably reflected the primordial onslaught of Gojira, as opposed to the sleek futurism of the UFO. The mutation was regressive rather than progressive – it embodied the old Victorian fears of degeneration, and a return to the barbarous, animal roots of culture and civilisation. Painted into this corner, the Hollywood mutant generally went about doing what foreign menaces, both terrestrial and cosmic, did best in the pulps – essentially the menacing, and attempted abduction, of beautiful white women.

It would have been a strange notion, then, to imagine that the mutant was in fact not so different from ourselves. To imagine a whole generation of mutants quietly emerging in the suburbs, the cities, and the small towns, many of whom looked and behaved exactly like normal, healthy children. Stranger still would be the notion that an Ivy League professor, himself a mutant, might establish a school specifically to cater for these premature monsters of tomorrow. And yet this was the underlying concept, more or less, behind Stan Lee and Jack Kirby’s X-Men: the surreptitious invasion of the present by the future, and of normalcy by the exotic and the different. 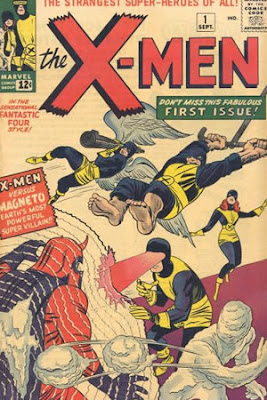 It was this strictly latent quality, this potential underlying sophistication, which insured that the X-Men were a sleeper hit, awaiting a much later decade to begin to flourish. In appearance, the early X-Men lacked the instant iconic kick of Spiderman and the Fantastic Four. Their costume design was weirdly minimalist, and their facial expressions bore that strange, almost otherworldly blankness that often characterised Kirby’s faces. (Paradoxically, this early look now feels cooler and more contemporary than many of the later muscle-bound, spandex incarnations.) Though naturally possessing a certain degree of the Lee/Kirby magic, the title felt rushed, and never had the energy and realistic characterisation that was lavished on Peter Parker and the Richards brood. However, by inverting the traditional depiction of the mutant, by making them the hero rather than the aberration, Lee and Kirby’s creation reflected, however unconsciously, the emerging liberal narrative of pluralism and diversity: the idea that difference, after all, might actually be a good thing; that our women might actually be safe in the presence of people (and Atomic mutations) who didn’t look like us. In the late seventies, the revamped and revitalised New Giant Sized X-Men became a globalized melting pot, a fully–fledged strike force for multiculturalism. (Okay, the various ethnicities differentiated themselves by means of boilerplate stereotypes, and Thunderbird, the Native American character, was killed off in like a couple of issues, but the intentions were still noble.)

This particular allegorical aspect of the X-Men, however, has been done to death. The Marvel myth of the heroic mutant can also be viewed as an interesting parable for the idea of cultural mutation: for the emergence of counter-cultures, and the sudden appearance of a generation so wildly divergent in outlook and appearance from its predecessors as to conceive itself a new evolutionary strain. This, in essence, would happen to the generation that grew up reading Marvel comics. Ken Kesey, for example, was an avid reader of super-hero comics, as Jay Stevens observes in Storming Heaven: LSD and the American Dream:

“He was a weird kid with large dreams and a rich fantasy life nourished mainly by comic books and pulp adventures. Kesey devoured the entire oeuvres of Zane Grey and Edgar Rice Burroughs; he kept monthly tabs on the surreal exploits of Plasticman and Captain Marvel. Later, at Stanford, he would confound his better-read peers with witty and trenchant defences of the comic book as a legitimate source of national myth, maintaining that a ‘single Batman comic is more honest than a whole volume of Time magazines.’ But the allure of these modern illuminated manuscripts went deeper than simply being a pretext for an amusing bit of pedagogy. What most considered cheap proletarian entertainment, Kesey interpreted as Nietzschean parable. At a gut level he identified with the concept of the superhero. In a sense this was the same teleological yearning for a transformed man that Huxley indulged in; only the symbols were different. Whereas Huxley might close his eyes and imagine the Buddha, Kesey interposed Billy Batson, orphan newsboy, who, deep in the bowels of an urban subway system, had met an ancient Egyptian wizard and – shazam! – became Captain Marvel.” 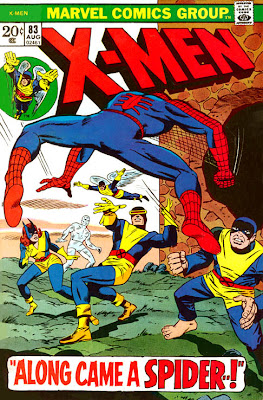 The super hero, and notions of mutation and transformation, struck a particular cord with the emerging hippie generation. The hippies wanted both to transform reality, and yet at the same time to depart from that reality into an absolute elsewhere of mystical/chemical weirdness. In a sense, the superhero mythos combined these contrary impulses towards social reform, surrealism, and the supernatural in a seamless fashion. The superhero genre, particularly during the Marvel renaissance, was almost casually surreal; it played out like the Western, America’s greatest previous moral mythology, on psychotropic drugs. But crucially, the superhero comic wasn’t simply a healthy ingestion of primary colours and high strangeness: it posited an assertive individual, with an unyielding moral compass, who wanted to transform society, to change the world. One of the primary characteristics of the cultural mutation of the sixties was a sense that the newly emergent mutants possessed a clarity of moral vision, like an extra sense, which was completely lacking in the previous generation. Of all the superhero comics, however, none presented a more apt metaphor for the social revolution of the sixties than the X-Men. In the X-Men universe, the presence of the X-gene reveals itself in adolescence; it is at this point that the mutants realize that they are a novel entity, a new species, fundamentally estranged from the world of everyday normalcy. Alienated from the whole of the straight community, even their own families, they gravitate towards an elder-statesman figure, an expert in navigating the new worlds opened by the altered genome, and form what is essentially a clandestine commune. Then they set about saving the world. 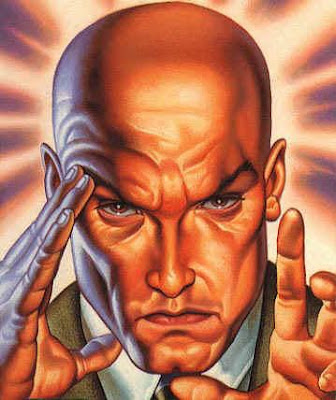 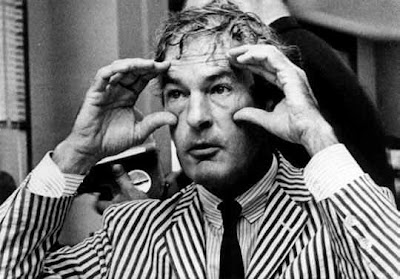 The point of this slightly strained analogy is: the mutant hero archetype reflects a positive, assertive fantasy of our ability to change, to evolve; to transform ourselves and in the process change and renew the world around us. The idea of a sudden explosion of mutant super-powers, directed towards noble ends, evokes an idea of social change, of a generation rebelling against its elders, and suddenly, brilliantly, sweeping away generations of corrosive habit, of ailing social mores and outmoded survival strategies. In the later part of the sixties, another new archetype emerged from the shadows which suggested exactly the opposite: a vision of humanity stripped down to pure habit, pure repetitive instinct and impulse; a cultural heat-death in the place of cultural mutation. This was the zombie.

Posted by Tristan Eldritch at 5:33 PM No comments: