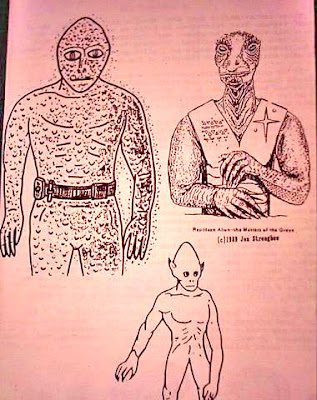 If you visit the website Expansions run by Stewart Swerdlow and his wife Janet, you'll find a fairly innocuous and stereotypical amalgam of New Age/Self Help sales pitches. Expansions offers to help “YOU harness the infinite power of your mind.” Located on the “crystal leaden beaches of Lake Michigan, a natural step-up transformer surrounded by ancient copper mines and the energetic vortex of the Great Lakes”, Stewart and Janet offer a series of life-altering seminars which run a fairly typical gamut of the paranormal and human potential movements. A teaching schedule for this October carries the following blurb “Everyone has unexplainable experiences at one time or another. Find the answers to the REAL mysteries of life in this fascinating experiential seminar. From the Crystal Skulls to Spontaneous Combustion to Immortality NOTHING is left out....if you've got a question, we've got the answer.” 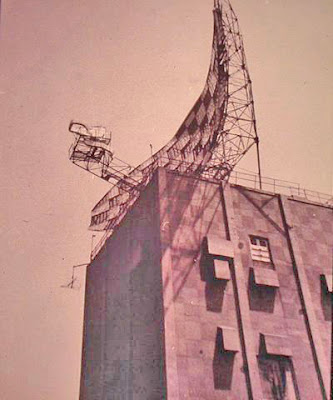 Operating on the outer edge of fringe belief, Stewart Swerdlow claims to have been a participant in the notorious Montauk Project. The Montauk Project, like the Philadelphia Experiment to which it is often linked, is one of the wilder vagaries of American Conspiracy lore. The basic core of the belief is that a series of experiments in mind control, teleportation, parallel dimensions, and time travel were carried by the US government within Montauk Airforce Station on Long Island. Weirdly enough, we now know that the US military did dabble to a certain degree in all of these things, so so far the tale is not entirely beyond the realm of the possible. However, the Montauk mythos was continually expanded and elaborated in various retellings and revisions, until it became a insane palimpsest of conspiracism, incorporating Nazi gold, worm-holes in time and space, communication with extraterrestrials via a hyperspatial language of glyphs and archetypes, and cameo appearances by John von Neumann, Nikola Tesla, and the usual assortment of Greys, Reptilians, and Nordics. (I will present a more thorough treatment of the Montauk mythos in a later post.)

Stewart Swerdlow insists that he lived through all this madness, claiming it had a devastating impact on his private life, resulting in years of “severe illness, broken relationships, and premature Kundalini activation.” (Do not worry unduly, Stewart, with regard to premature Kundalini activation; I have been assured that it happens to all guys from time to time.) Nevertheless, those trying years furnished Stewart with a unique insight into the workings and history of the Illuminati/New World Order, an insight Stewart shares with George Noory in this scintillating Coast to Coast interview. Sample exchange:
Swerdlow: Autism is really being a dolphin in a human body, to all intents and purposes.
Noory: This is wild stuff, Stewart....

Posted by Tristan Eldritch at 8:03 AM