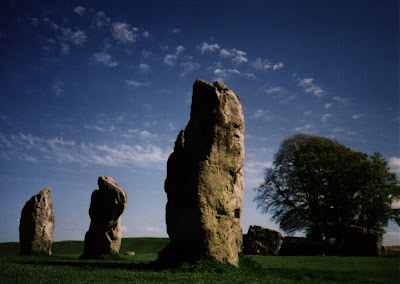 What is it about the crop circle, a mere pattern trampled in the midsummer harvest, that arrests the sensibility of those as critical and jaded as ourselves? There is nothing miraculous in the material, nor is the hurried and surreptitious execution quite beyond mortal ingenuity. And yet there is something about the whole appearance, ambience, and culture of the crop circle that instils in us a subtle stirring of ancestral memory, a vague yet palpable intimation of the pre-modern, the antiquated. To what do we owe this eerie deja vu? The phenomenon itself, in its fully recognizable modern form, only goes back to the late seventies; that glorious period in which I, and countless others of my generation, were still basking in the afterglow of the psychedelic adventure which had consumed all our lives since the mid-sixties.

Let me attempt to convey some sense of the psychedelic fin de siecle. The experience of youth, in any era or epoch, is the experience of intensity and energy. It is only in our adolescence and early adulthood that all the experiences of life emerge freshly minted from the loom of nature, and we, also fresh from that miraculous loom, gaze into the youth of the world as though into a strange fairground mirror. In those short, precious years, we are all strangers in this world, all existentialists by necessity, all losers, petty criminals, and romantics by temperament. Only then do we swim in the stream of potentiality, and partake of that fluidity of being which is commonly called the Protean. Though the intensity of youth is a phenomenon common to every individual and every era, I believe that to be young in the sixties was an experience of an entirely different order. An unprecedented confluence of forces - social, technological, chemical, astrological, wah wah pedal-related – all conspired to heighten the normal foibles of youth to a pitch of immense magnitude. In the words of Hunter S. Thompson “there was a fantastic universal sense that what we were doing was right, that we were winning....and that, I think, was the handle - that sense of inevitable victory over the forces of Old and Evil. Not in any mean or military sense; we didn't need that. Our energy would simply prevail. There was no point in fighting – on our side or theirs. We had all the momentum; we were riding on the crest of a high and beautiful wave....”

To those of us who had fully imbibed the psychedelic revolution – who had conversed with Jungian archetypes and fled his Shadows, who had swam in Mandelbrot swirls and met ourselves coming up and down the spirals of Escherian staircases – the late seventies were a strange time indeed. The wave was crashing down, the adventure was ending. Our casual friends were getting married, having children. They read newspapers and voted; some were even seeking permanent employment. To the rest of us, it felt as though the entire adventure had been one long, sustained trip, and the late seventies was a bright sunny morning, wherein we were awakening once again to the world we had left behind. We were coming down, yet still in the afterglow. And just when it seemed as though it was time to leave all that weird rapture behind us forever, to leave it to dwindle, as is the way of all memory, into the waning stuff of dream, just when we thought it was time to surrender, and go meekly into the greyness of adulthood and Thatcher's eighties........the circles began to appear. Like the fabled midsummer pranks of Scots faery and Irish pukka, as elemental as the morning dew, the circles appeared, by the shadow of the ancient stones of Avebury, by the ripe cider orchards and Grail storied Tor of Glastonbury, in all the old places where we had danced. I know it was a trick of the time, but to us, it appeared as though our entopic visions had imprinted themselves on the landscape, and the circles were a kind of keepsake we had brought back through the Door in the Wall.

Posted by Tristan Eldritch at 5:28 PM