Arthur Koestler: The Hours by the Window. 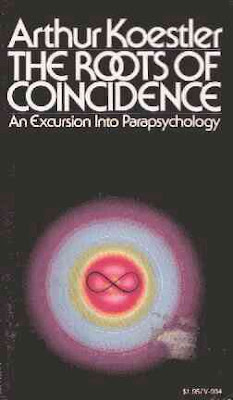 Arthur Koestler, who we will return to by and by, tells the following story in his autobiography The Invisible Writing:
"I was standing at the recessed window of cell No. 40 and with a piece of iron-spring that I had extracted from the wire mattress, was scratching mathematical formulae on the wall. Mathematics, in particular analytical geometry, had been the favorite hobby of my youth, neglected later on for many years. I was trying to remember how to derive the formula of the hyperbola, and was stumped; then I tried the ellipse and parabola, and to my delight succeeded. Next I went on to recall Euclid's proof that the number of primes is infinite...

Since I had become acquainted with Euclid's proof at school, it had always filled me with a deep satisfaction that was aesthetic rather than intellectual. Now, as I recalled the method and scratched the symbols on the wall, I felt the same enchantment.

And then, for the first time, I suddenly understood the reason for this enchantment: the scribbled symbols on the wall represented one of the rare cases where a meaningful and comprehensive statement about the infinite is arrived at by precise and finite means. The infinite is a mystical mass shrouded in a haze; and yet it was possible to gain some knowledge of it without losing oneself in treacly ambiguities. The significance of this swept over me like a wave. The wave had originated in an articulate verbal insight; but this evaporated at once, leaving in its wake only a wordless essence, a fragrance of eternity, a quiver of the arrow in the blue. I must have stood there for some minutes, entranced, with a wordless awareness that "this is perfect---perfect"; until I noticed some slight mental discomfort nagging at the back of my mind---some trivial circumstance that marred the perfection of the moment. Then I remembered the nature of that irrelevant annoyance: I was, of course, in prison and might be shot. But this was immediately answered by a feeling whose verbal translation would be: "So what? is that all? have you got nothing more serious to worry about?"---an answer so spontaneous, fresh and amused as if the intruding annoyance had been the loss of a collar-stud. Then I was floating on my back in a river of peace, under bridges of silence. It came from nowhere and flowed nowhere. Then there was no river and no I. The I had ceased to exist.

When I say "the I had ceased to exist," I refer to a concrete experience that is verbally as incommunicable as the feeling aroused by a piano concerto, yet just as real---only much more real. In fact, its primary mark is the sensation that this state is more real than any other one has experienced before---that for the first time the veil has fallen and one is in touch with "real reality," the hidden order of things, the X-ray texture of the world, normally obscured by layers of irrelevancy.
What distinguishes this type of experience from the emotional entrancements of music, landscapes or love is that the former has a definitely intellectual, or rather noumenal, content. It is meaningful, though not in verbal terms. Verbal transcriptions that come nearest to it are: the unity and interlocking of everything that exists, an interdependence like that of gravitational fields or communicating vessels. The "I" ceases to exist because it has, by a kind of mental osmosis, established communication with, and been dissolved in, the universal pool. It is the process of dissolution and limitless expansion which is sensed as the "oceanic feeling," as the draining of all tension, the absolute catharsis, the peace that passeth all understanding.
The coming-back to the lower order of reality I found to be gradual, like waking up from anaesthesia. There was the equation of the parabola scratched on the dirty wall, the iron bed and the iron table and the strip of blue Andalusian sky. But there was no unpleasant hangover as from other modes of intoxication. On the contrary: there remained a sustained and invigorating, serene and fear-dispelling after-effect that lasted for hours and days. It was as if a massive dose of vitamins had been injected into the veins. Or, to change the metaphor, I resumed my travels through my cell like an old car with its batteries freshly recharged.

Whether the experience had lasted for a few minutes or an hour, I never knew. In the beginning it occurred two or even three times a week, then the intervals became longer. It could never be voluntarily induced. After my liberation it recurred at even longer intervals, perhaps once or twice in a year. But by that time the groundwork for a change or personality was completed. I shall henceforth refer to these experiences as "the hours by the window."
Posted by Tristan Eldritch at 4:32 PM

You Have Lost The Game said...

Were Arthur Koestler and Carl Jung both Jewish? Or were each Jewish? I'd ask Hitler, but he's having a smoke.