From One Newspaper Man to Another: A Sincere Apology to Walter Cronkite. 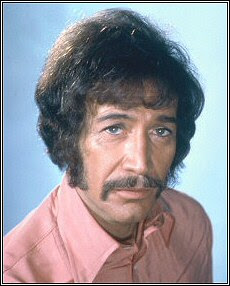 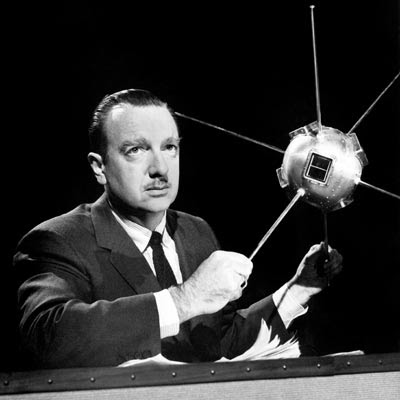 In my recent haste to expose the nefarious activities of the Bohemian Club, I allowed an appalling lapse to occur in my normally stringent standards of investigative journalism. Worse than that, and to my eternal shame, I have committed a calumny upon a personal idol, and an individual who has come to be regarded as the “most trusted man in .” I will draw your attention to following regrettable line from a recent post: “The owl statue is hollowed out, containing electrical and audio equipment within, and is thus rigged to “speak” with the voice of the late, legendary anchorman Walter Cronkite.”

I have since been contacted by several close friends and associates of Mr. Cronkite, also avid readers of 2012 Diaries, who were understandably disturbed by the imputation in my article that 1.) Mr. Cronkite is no longer alive, and 2.) Mr. Cronkite was involved, while still living, in a ritualistic Masonic conspiracy aimed in some obscure fashion at the domination of global events. Well, what can I say? A cursory glance at Wikipedia has revealed that yes, Walter Cronkite is certainly alive and well. Indeed Walt, as you survey a lifetime of sterling achievement in our noble profession, a career that traverses the byways of contemporary history like a network of rich veins about the circumference of a human body, you are indeed more alive now than many of us could hope to be at the very apex of our pomp.

And you know what, Walt? As one ink-spattered copy-hound to another, I’m sorry. I’m awful goddamn sorry. I’m sorry in the kind of old-fashioned, man to man way that only old Pop Hemingway might have been sorry. This comes down to the h-word. You know what I mean. They say that women cry about any old thing, but men, real men mind, will only shed tears when honor has been breached. And that’s what happened here. This generation that’s coming up now, they just want to preen their mugs on Fox or CNN, or go chase after Britney’s ambulance. They’re more concerned about white teeth and celebrity status than the old fashioned who, what, where, and why that is the lifeblood of our business. But you and I, Walt, we belong to the old guard. The guys who never slept, who built up their stories brick by brick, who went through marriages like other guys went through sports jackets and old Jalopies, just for that rare, magical moment when a bunch of ordinary voters could sit with their feet up in places called Nicks and read a little bit about what’s happening in the world today. That’s why I’m particularly upset by this. I jumped the gun. I assumed that a historical Colossus such as yourself, a man as illustrious and legendary as Walter Cronkite, simply couldn’t reside in the same quotidian realm as the rest of us hacks. Hell, I thought Karlheinz Stockhausen, god rest him, was long dead when he came out with that communistic bullshit about 9/11.

Anyway, Walt, as you sit at the controls of your giant owl, gazing at a panel of screens which show the nefarious schemes of your cabalistic brethren coming ever closer to fruition, I hope you will not look too harshly on Tristan Eldritch, a news man like yourself, who erred in the brisk chase of that lithesome and fleet gazelle Truth. 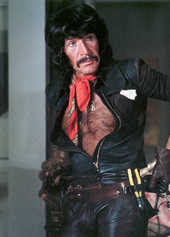 Sorry is the hardest word…..Tristan Eldritch escapes into the night, after another daring raid on Fortress Truth.

Posted by Tristan Eldritch at 1:14 PM

I can't correct ALL references to the misquote concerning Stockhausen and 9/11 but 'Communist Bullshit' is particularly inappropriate and I would like to put a stop to that right here. What Stockhausen said was 'Lucifer's greatest work of art'. Lucifer was one of the 3 main characters in all his 7 operas (one for each day of the week). Newspapermen prefer the incorrect version without the mention of Lucifer. Stockhausen is the one they love to hate because they THINK they hate his music (how many have actually listened to it?). Stockhausen referred to the affair as 'an idiotic misunderstanding'. That's all it was.

Next week, an apology to Stockhausen arising from the apology to Cronkite...

Robert Slotover is entirely correct with regard to Stockhausen. How and ever, I am at a loss to understand why he took me literally on this point, or indeed took anything literarlly from a post that refers to truth as a "lithsome and fleet gazelle", and asserts that Walter Cronkite currently spends his time in a giant electronic owl, watching gleefully as the Illuminati consolidate their global power base. I fear that I, no more than Stockhausen himself, am the victim of tonal/contextual misunderstanding, but i will not go so far as to label mine "idotic." I suspect that Mr. Slotover is merely infused with a certain zeal to defend the memory of the father of modern music, which is an admirable thing in itself, and didn't pay sufficient attention to the overall tone of the piece.