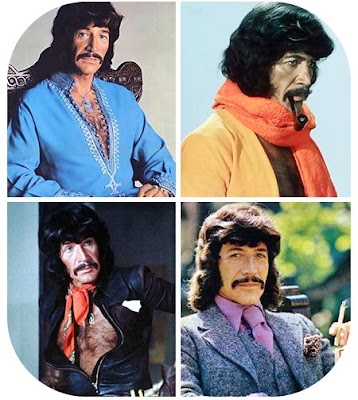 I must first introduce Tzadkiel, who has been the inveterate companion and accomplice to all my strange doings. Tzadkiel is a familiar who has been given the form of a black cat. As is the way with such creatures, he possesses an intelligence far exceeding that of mortals, and as such an insight which sometimes renders his utterances eerie and gnomic. However, his voice is akin to that of the actor Ernest Borgnine, and his manner generally gregarious and unpretentious. He is a well-known raconteur in several of ’s early houses, the sorry denizens of those hellish places regarding him as little more than a phantasm of their patron Lady Delirium Tremen. When out and about, he is normally attired in a miniature Victorian coachman’s cape, which melds seamlessly with his sleek coat. He is also a keen smoker of the pipe. In all other respects, I should add, he resembles a normal cat.

Tzadkiel acquired his fondness for the gentleman’s chimney many years ago, when some adventure or another brought us to an isolated village in called Crezna. In this strange, misty hamlet, the locals regarded cats with a superstitious awe, believing that both the success of their crops and the menstrual cycle of their women were inextricably linked to the disposition of the local feline population. Having thus elevated their cats to semi-divine status, they sought to win their favor via the provision of luxuriant rugs, silk cat-sized dressing gowns, specially designed cat pipes, bowls of brandy, and all manner of indulgences scarcely fit for human beings. Never have I arrived upon such a prodigiously odd vista: the , shrouded in mists and the eldritch rumor of vampires and supernatural miscegenation, denuded of all human life; but a veritable symposium of decadent, gout-ridden cats lay supine upon Arabic rugs, purring in unison, and blowing philosophical wisps of fine shag into the mist. I almost lost Tzadkiel to that strange Czechoslovakian village; but he was eventually prevailed upon to leave, having acquired his trademark pipe, along with a selection of specially tailored fashion items.

Were their existence ever to become common knowledge, the familiar would leave Mr. Darwin’s quaint Shangri-La of evolution in dire need of refurbishment. Little is really known for certain of these anomalous creatures. Some avow that they are ancient, endlessly transmigrated souls, buoyed about the Bardo realms by vast and inscrutable bureaucracies of the cosmic realm, destined to be all things at some time or other, until they finally wind up as sentient spoons, who content themselves in their dotage by playing occasional pranks upon individuals of the Uri Gellar persuasion. Others avow that they are the very handmaidens of Satan, set upon this earth to goad His unwary ministers ever deeper into the quicksand of perdition; others still, that they are but the amiable psychosis of their mortal companions. Perhaps they are all these things, and other, queerer forms yet, which we can scarcely imagine. Perhaps we are all a multiplicity, an infinity, of wildly differing forms, marooned in this squat cell of solitary selfhood only via the jealousy of some demiurgic demon, or the sultry forgetfulness of some Lethean stream. It may that these things will be revealed, in 2012.

I encountered Tzadkiel for the first time in the magical summer of 1974, when I had gotten myself embroiled in something called the Avebury Initiates of Horus. We started out as a rather racy clique at : a plucky, ambitious young gang of magicians, dowsers, and ufologists, united by our love of the esoteric. We spent the summer of ’74 camped about the ancient stones of Wiltshire, having convinced ourselves beyond all reasonable doubt that the stones were beacons for UFO’s, and the UFO’s themselves the sure harbinger of the Aeon of Horus. God, those were truly magical times, before the Avebury Initiates began to splinter into bitter factions of Blavatskyites and Crowleyites. Before things went bad…….Anyway, it was the night of the ’74 solstice, and the stones hummed like the engine of some etheric sports car. We were in the deep trance of a psilocybin Morris Dance, when I suddenly registered a vague shape coalescing in the mist between the stones. It was the outline of a black cat. The cat’s yellow, delicately curved eyes burned like leprous suns over the mausoleum cities of some long dead planet. Then one of them winked, and I heard a broad, husky voice:

-Hey buddy. Wanna solve the Riddle of the the Ages?

Tzadkiel cocked his head, and scurried into the darkness. I left the others, and followed him. I follow him still. 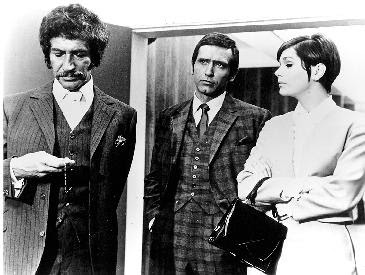