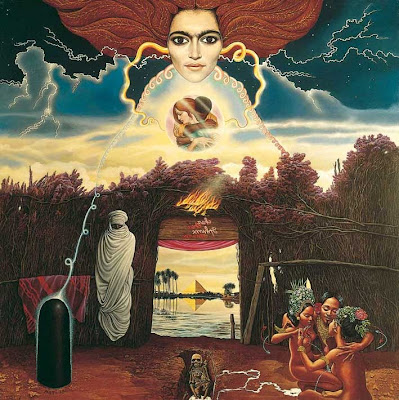 I was aware of Mati Klarwein's work though its use as iconic cover art for Bitches Brew, but never put a name to the artist until recently.  Klarwein was born in Hamburg, Germany in 1932, and studied art at the Ecole des Beaux-Arts, eventually encountering something of a mentor figure in Ernst Fuchs in Saint-Tropez.  After travels in various far-flung places from Tibet to North Africa, Klarwein washed up in New York city in the early 60s, where he befriended Jimi Hendrix.

Although he did experiment with a little with LSD, Klarwein claims that psychedelic drugs had a minimal influence on his art.  Indeed, the Force was naturally so strong with Klarwein that he may have been the only person in history whom Timothy Leary thought DIDN'T need psychedelic drugs.  Looking at his work, I'm inclined to agree with that diagnosis.  Klarwein's artwork experienced wide exposure during the 70s, especially after Miles Davis commissioned him to design the cover for his fusion masterpiece Bitches Brew.  In this surreal and hilarious interview, Klarwein describes his entry into the weird headspace of the Milesverse circa '69 (listen here.)

Klarwein passed away in 2002.   His webpage has a fantastic selection of otherworldly gems to browse through, and is well worth a trip - Mati Kerwwein Website.  (Click images to enlarge.) 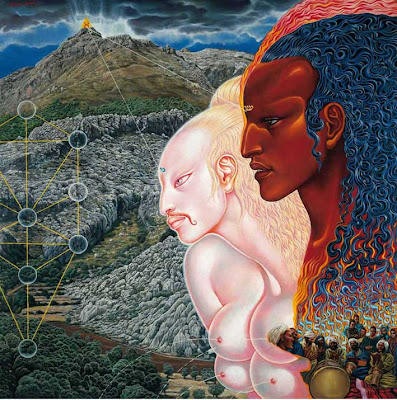 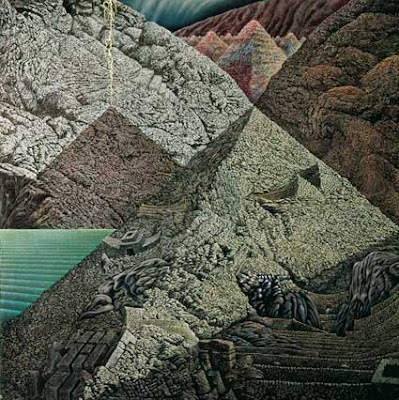 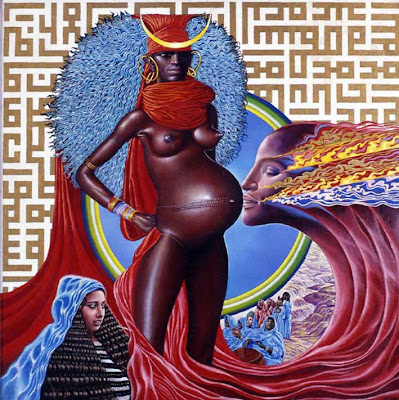 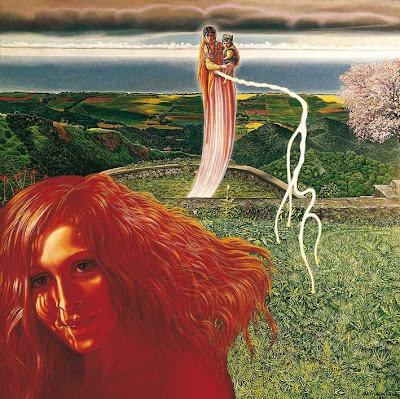 via feuilleton
Posted by Tristan Eldritch at 6:57 PM