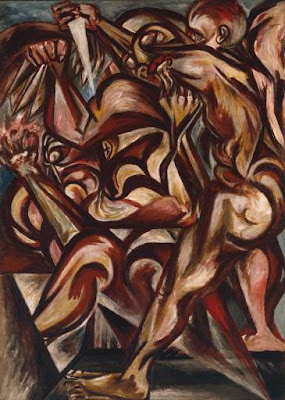 (The following is a sketch of a mythos or cosmology modelled after HP Lovecraft and John Keel. This mythos is designed to form the background to an exciting series of novels or short stories which will almost certainly never materialize.)

I was introduced to the writings of Poe at a very early age. My good fortune was the result of a father who found it pleasurable to maintain his own library within the confines of the house where I was raised. As long as I was responsible with the books, they were mine to read and in fact I was encouraged to read them whenever I wished. Among the volumes of books, in addition to the works of Poe, were the works of Mark Twain, Edgar Rice Burroughs, H. G. Wells, Washington Irving, and Charles Dickens to name just a few that I found interesting and that stimulated a young boy's imagination. But curiously, perhaps, there was no Lovecraft in the library.

I was eventually introduced to Lovecraft by friends who passed around softbound versions from one to another to read. Somehow the group participation seemed to enhance the entirety of the experience and lent a real air of excitement when we would gather together to discuss the stories and I've always felt fortunate to have been introduced to Lovecraft in that manner.