The Ancient Kind Part 2: The Invasion of the Image. 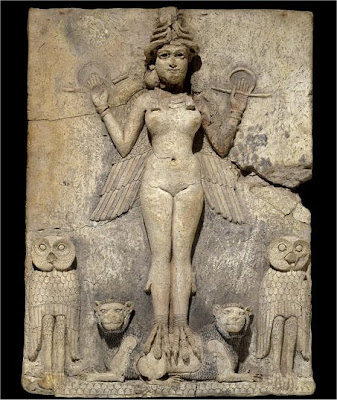 We are obliged, therefore, at the start, both to establish the existence of this other Kind and to examine its nature and the mode of its Being.
Plotinus, Enneads.

The Ancient Kind are composed of the elemental stuff of universes, frozen in a Protean, larval condition. Their mode of Being lies so far beyond our conceptual frameworks, that it is difficult to adequately convey a sense of Them. They possess an advanced intelligence, but not what we would regard as a personality. Their Mind is an insectile hive consciousness which can create endless miniature copies of itself. The closest human approximations we might apply as to the character of the Ancient Kind would lie in the unrestrained appetites of infants, or the blank cruelty and irrationalism of the sociopath and the schizophrenic. Their nature is infinite morphology and flux. The Neoplatonist philosopher Plotinus, who seems to have intuited the existence and nature of the Ancient Kind, provides us with a good description in his early treatise "On the Two Kinds of Matter": "The Matter of this realm is all things in turn, a new entity in every separate case, so that nothing is permanent and one thing ceaselessly pushes another out of being."

It is not possible in this condition for the Ancient Kind to take up permanent habitation in our universe, and hence their visits are sporadic and very brief in duration. However, the Kind have evolved a complex colonisation strategy, involving the creation of host-bodies in our reality. As we have already argued, that reality is constructed via the medium of belief; hence, the Ancient Kind attempt to gain a foothold in our reality by creating and manipulating our belief systems. The host-bodies which the Kind have created for themselves are that common store of iconographic, emotionally resonant images which Jung has called the Archetypes; the ultimate purpose of the Games the Kind have played with us throughout history is to make us believe in the material existence of those Archetypes.

The Kind construct the Archetypes out of material culled from our dreams. In dreams, consciousness relinquishes its moorings in the illusionary temporal/spatial matrix of sense experience, and fully realizes its capacity as the creator of that matrix. Hence dreams, and the ingestion of certain potent psychoactive botanicals, represent a quantum communication channel between different dimensions. It is via this channel that the Ancient Kind ceaselessly commune with us, and create their iconic hosts. An Archetype is a particular kind of idea, and requires some elucidation. First of all, they are something like an unwilled act of artistic creation. They absorb a vast amount of communal experience, of a culture's subconscious fears and longings, and refine these down to a figure, to an extraordinarily virulent image. It is important to note that Archetypes do not require any kind of external transmission. They become part of that store of faculties and incipient mental powers which is transmitted from generation to generation; that is, they are recorded onto the genetic code itself. The second most noteworthy quality about Archetypes is their extraordinary power over the societies who have participated in their creation. People tend to react to Archetypes in either abject terror, or utter, unquestioning reverence. There is no individual person, however wise or beautiful, no merely rational idea however brilliantly extrapolated, no vista of nature which can subjugate the human imagination to the same degree as the Archetypes. 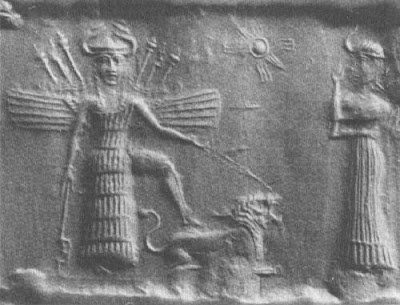 When the Ancient Kind make their occasional incursions into our reality, human beings have no perceptual models with which to process the information. Hence, people who encounter the Ancient Kind experience a profound ontological shock. Their brains lapse into a default setting, and process their experience of the Ancient Kind in whatever archetypal forms and patterns predominate in that particular era and culture. If the belief in a particular Archetype becomes widespread and prevalent enough, reality is fundamentally altered, and the Archetype becomes an actual physical body which the Kind can utilise as a host in order to exist permanently in our universe. This is their ultimate goal; hence all paranormal encounters throughout history, including those with pagan deities, ghosts, faeries, Christian icons, and, more recently, with visiting interstellar aliens, are all staged, theatrical set-pieces, designed to inculcate belief systems, and pre-emptively establish control mechanisms for the invading Kind.

In the enactment of this invasion, the Kind are subject to certain constraints. Their ability to manifest themselves in our dimension is always temporary, and can only occur in certain geographical locations. Those locations, for reasons far too obscure for merely human mentation to scry, have a kind of thin membrane separating them from other dimensions, and hence become hotspots for paranormal phenomenona. (I need hardly inform the seasoned scholar of the paranormal that Glastonbury and Avebury in Great Britain, the Nile Valley in Egypt, and the alien-haunted New Mexico desert of North America certainly rank among those eldritch locations.)

Yet, despite these constraints, the Ancient Kind have attained a temporary ascendancy over this earth on two occasions in its history. Many barely conceivable aeons past, the highly advanced civilisation of land-faring dolphins who constructed the fabled, sprawling metropolis of Atlantis fell to the Ancient Kind, who were then operating under the guise of a race of winged, air-borne shark deities which the Atlantean dolphins had worshipped in the infancy of their civilisation. The Atlanteans had attained a sufficient degree of technological ingenuity to produce thermonuclear weapons; these thoroughly ousted the Ancient Kind, with the rather less fortunate consequence of utterly annihilating their civilisation in the process. (I need not inform the marine biologist, or indeed any reader casually acquainted with the varieties of aquatic life, what became of the remaining Atlantean dolphins. Some avow that with the coming of 2012, our civilisation will be utterly destroyed, and those human beings that remain will scurry into the bowels of the earth, there to devolve into a race of blind, degenerated half-men, half-moles.)
Continued shortly.
Posted by Tristan Eldritch at 3:40 AM