Elves and Eschatology Part 3: The Nineties. 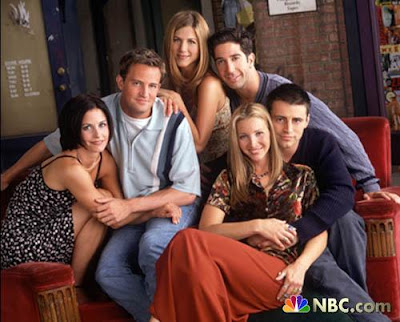 On the surface of things, the nineties were a bland and culturally stagnant decade. If the seventies had witnessed the inevitable absorption and dilution of the radical energies of its predecessor, then the nineties experienced a similar kind of acquiescence with the corporate excesses of the eighties. Our image of corporate greed was subtly transmogrified from the demonic venality of a Gordon Geeko to innocuous boy-man wunderkinds like Bill Gates and boardroom hippie dynamos like Richard Branson. Much of the nineties seemed characterised by an ideological vacuum, by a tacit acceptance of technologically-driven Western capitalism as the Omega point of human societal evolution, and the final actualization of Huxley’s Brave New World of hedonistic conformity and bountiful ease. The ideas Francis Fukuyama proposed in The End of History and the Last Man may not have been particularly fashionable, but the sense that Western societies might, in the abeyance of ideological struggle, be slowly entering an oasis at the end of the long and tumultuous process of history was an illusionary, but deeply pervasive notion in the millenarian nineties subconscious.

In the nineties, postmodernism flourished as an all-pervasive cultural phenomenon, influencing academies by way of a variety of feted theorists, and popular culture by way of Tarantino, The Simpsons, and a whole corpus of popular artefacts extending all the way to the zeitgeist-defining pre-faded ironic tee-shirt. All of these ideas carry with them a sense of historical closure, of an exhaustion of the kind of conviction and belief necessary for the adoption of an ideological or cultural stance; an exhaustion of possibility resultant in a kind of self-conscious role-play through a vast historical garbage-heap of archetypes which had somehow lost the essential voodoo of sincerity and seriousness. The word play itself became a ubiquitous catchword, embodying both a solipsistic lingual preoccupation among the intellectual classes, and a transformation of the counterculture into a more hedonistic, ideologically neutral and non-oppositional entity. Ecstasy, the major zeitgeist substance of the decade, played a kind of Janus-like role, on the hand invigorating the rave and technopagan subcultures, while on the other taking drug-use out of the countercultural context entirely, operating as a more piquant weekend stimulant to revellers of an increasingly broad and professional spectrum. It was said of LSD that it could induce mystical epiphanies in carpet salesmen; ecstasy, on the other hand, came close to realizing the stultifying promise of Huxley’s soma: “Take a holiday from reality whenever you like, and come back without so much as a headache or a mythology.”

Lacking an oppositional vigour or sense of originality and purposefulness, much of nineties culture was thus anodyne in character. Though discussing his youth in the eighties, Daniel Pinchbeck nevertheless provides a brilliant summary of the presentiment incumbent upon those who were young at the turn of the millennium of having somehow missed out on all the fireworks:

No such freeing gesture seemed possible for my friends and me. We had the permanent presentiment that we had arrived too late – there would be no new underground, no French Resistance, no Summer of Love, not even another cleansing scrub of nihilism like the Punk Era that exploded in the late seventies and immediately collapsed on itself. The revolution – any revolution, or movement, or meaning – was over. It had ended in failure, and we had lost. History had snapped shut its traps, and we were exiles in a time after time…. (2012: The Return of Quetzalcoatl)

This, however, is really only half the story. The nineties had a whole arsenal of fireworks of its own, but they were largely hidden in the margins of the buzzing, mercurial realm of rapidly expanding computer networks. Cyberspace, a term coined only a decade earlier in a sci-fi fantasia of high tech neo-noir, was then a entity unfamiliar, unprecedented, and strange enough to possess a whole churning witches cauldron of spiritual cabals and flitting goblins. People who were attuned to what was happening in the nineties, to the technological revolution which is now so pervasive and ingrained as to appear invisible, felt a weird sense of compulsive acceleration, of an evolutionary quickening, which, though entirely engendered in the realm of scientific rationalism, nevertheless had a kind of weird eschatological character to it. (Via the chaotic, ceaselessly random information channels of the internet, I have learned that the quickening is also a term from the mythos of the Highlander series, referring to an extraordinary release of energy which occurs when an Immortal has been beheaded. I will leave allegorical exegesis to the reader who is more familiar with the Christopher Lambert oeuvre.) It was to this mindset that the noosphere theorized by de Chardin, and the “strange attractor at the end of time” postulated in the impish techno-shamanic eschatology of Terence McKenna, suddenly acquired an immense fascination and ubiquity. In the Afterword to TechGnosis: Myth, Magic, and Mysticism in the Age of Information, Erik Davis evokes the strange sympathy that developed between the exciting crackle of nineties technoculture, and McKenna’s bizarre projection for 2012:

I do not take McKenna’s millennialist myth literally, at least most of the time. But it certainly embodied the secret thrill of the 1990’s, when an upsurge of technocultural mutation remade and, to some extent, the world. It is a mistake to reduce this phase of technoculture to a “bubble,” that economic metaphor that now dominates – in the insidious way of economic metaphors – our cultural memory of the time. That decade was more than a shell game of smirking geeks and IPO pyramid schemes: it was an epochal convergence of new media, global flows of information, and an innovative, boundary-dissolving multi-culture of hacking, sampling, and hybrid experimentation – a culture just beginning to lick its posthuman lips.

The use of the internet – to engage in commercial activity of various kinds, to expand our knowledge of the world, to search out the tiniest minutiae of our pop cultural memory, to fritter away hours in amusing distraction and trivia – is now completely automatic and second nature. So much so, that we tend to forget, first of all, how quickly this transformation of the fabric of life took place, and secondly, the potent shock of the new that these technologies possessed as they evolved in the millennial warp speed of the eighties and the nineties. It is indicative of the extent to which technological acceleration has bestowed upon everyday reality the ambience of yesterdays science fiction fever dreams, that “cyberspace”, the defining buzz word and socially transformative reality of the past two decades, began its life in the pages of a sci-fi novel, William Gibson’s Neuromancer:

Cyberspace. A consensual hallucination….A graphic representation of data abstracted from the banks of every computer in the human system…. Lines of light ranged in the non space of the mind.

Cyberpunk, a term itself ruthlessly cannibalised by the mainstream mass media, began its life as an attempt to integrate the by then stodgy speculative acuity of sci-fi fiction with the leather-clad, amphetamine-soaked buzz saw energy of the Velvet Underground and its various punk/new wave offspring; in Gibson’s case, to further merge these elements with the rain-soaked, nocturnal ambience of noir, and the globalized, hallucinatory market places of a William Burroughs reverie. With a similar mutant energy, cyberspace as it evolved in the real world threw up an extraordinary plethora of hybrids and cultural cyborgs, fashioning unlikely marriages between archaic animistic magic and Western high-tech circuitry, between earthy countercultural energies and globe-spanning media empires, reigniting in the process the perennial, always bubbling-under-the-surface fervour of utopian and apocalyptic dreams.

Before the World Wide Web became in essence a digital simulacra of the material world with which it interfaces, and as such a confluence of all the positive and negative polarities therein, it was a fresh, unexplored territory, infused with intimations of magic and utopian fantasies of immaterial communion. In her book The Pearly Gates of Cyberspace, science writer Margaret Wertheim argued that computer technologies were activating a quasi-medieval division between material and spiritual, literal and symbolic space:

Strange though it may seem for a quintessentially twentieth-century technology, cyberspace brings the historical wheel full circle and returns us to an almost medieval position, to a two-tiered reality in which psyche and soma each have their own space of action.

These kinds of ideas were by no means simply the preserve of naive and hyperbolic onlookers. Many of the architects of the computer revolution drank from a peculiarly Californian stream of sixties counterculture and mysticism. According to Timothy Leary:

It’s well known that most of the creative impulse in the software industry, and indeed much of the hardware, particularly the Apple Macintosh, derived directly from the sixties consciousness movement. Apple co-founder Steve Jobs went to , took a lot of acid, studied Buddhism, and came back and said that did more to influence the human race than the Buddha. And Bill Gates was a big psychedelic person at Harvard. It makes perfect sense to me that if you activate your brain with psychedelic drugs, the only way you can describe it is electronically.

Mark Pesce, the co-inventor of VRML, is also a typical example of this kind of nineties cyberpunk visionary, described by Erik Davis as “a technopagan, a goddess worshipper, ritual magician, and occasional partaker of psychedelic sacraments.” The result of all this was a little seen, but thriving 90’s subculture that saw itself riding the cusp of a Gutenberg revolution in fast forward, as standing in the frontlines of the awakening of planetary consciousness, the activation of the now mythical noosphere, or global group mind, of Teilhard de Chardin. Of all the defining artefacts of this period, none is perhaps as surreal and otherworldly as Mondo 2000, a glossy, cliquey cyberculture magazine whose publication history reads a little like a nineties variation of Ken Kesey’s Merry Pranksters. As Jack Boulware writes in his totes.com article A History of Mondo 2000: “Examined at close range, Mondo’s history reads as if fabricated on another planet, spewed forth by a sweaty cyberpunk novelist tripping on nasal-ingested DMT. Yet the story is true.”

Posted by Tristan Eldritch at 5:36 PM