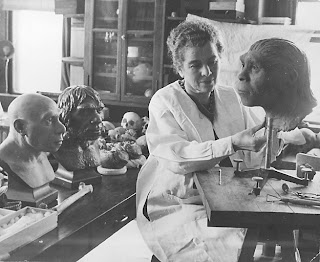 Terence associated the voice he heard in the Amazon with the muses of ancient , with the externalized, deified left-brain voice of pre-historical cognition theorized by Julian Jaynes in The Origin of Consciousness in the Breakdown of the Bicameral Brain, and, in his more fanciful turns, with a galaxy-spanning alien intelligence genetically encoded in the mycelial networks of psilocybin mushrooms. He held various contradictory theories in equilibrium, without actively dismissing the most obvious and reductive: that he was just utterly off his gourd on mushies. In his many later public dissertations, it is difficult to separate literal belief from fun metaphor, and metaphor from sheer outrageous leg-pull, because very little distinction really existed between these things in McKenna’s mind. Returning to the States, he lead a relatively quiet life in the ensuing years, his idiosyncratic scholarship funded in the main via the sales of The Magic Mushroom Growers Guide, which he had written, and magic mushrooms, which he had grown. Of the various strange and shadowy revelations vouchsafed him at La Chorrera, the nature of time and history became his chief preoccupation.

Terence began with the intuition that time did not correspond to the forward marching arrow of linear, thermodynamic time commonly postulated by physicists, but rather possessed a spiral, recursive, fractal character. Time is an eternally present continuum, which he envisioned as a liquid surface; ruptures at certain significant points on the surface cause ripple effects which move back and forth across the whole. The demarcation and sub-division of time which we experience is not a property of time itself, but rather of the apparatus by which we process time, and the piecemeal, differentiated nature of that apparatus itself within the stuff of the universe. Thus far, this is a common enough mystic and poetic intuition of temporality. A form of this kind of thinking is present in the latter poetry of T.S. Eliot, informed by his study of both Eastern mysticism and the subjective schemata of temporality postulated by Henri Bergson, and it is expressed most explicitly in the often quoted opening of Burnt Norton:

Time present and time past

Are both present in time future,

And time future contained in time past.

If all time is eternally present

All time is unredeemable.

Terence, however, was only getting started; it was unlikely that a marijuana-addled mortal such as himself could single-handedly redeem eternity, but he was always game for an intellectual challenge. The all-knowing voice in the jungle had suggested that the I Ching, that ancient and enigmatic Chinese system of divination beloved of all who dwell in the often dense mental fog of the New Age, was a vital piece of the puzzle. Working closely with Dennis, McKenna gradually developed the closely related concepts of Novelty Theory and the Timewave, a typically dense stew of numerology, fractal mathematics, and futurist eschatology, which as a whole bears a close resemblance to Telhard de Chardin’s grand synthesis of Christianity and evolutionary cosmogenesis in The Phenomenon of Needless to say, the gradual steps in the development of these theories followed a visionary rather than scientific logic; at this point, it would do well to get strapped in, or abandon ship altogether.

In itself, novelty theory suggests little to outrage the scientific mind. The most basic tenet of the theory is that the universe is basically an engine designed to produce and conserve exponentially increasing levels of novelty. Novelty in this context should be understood as not only as newness and innovation, but as the essential factors that engender these things: increasing complexification, or the evolution of matter into ever more highly organized and self-conscious forms. This predisposition towards higher organizational forms is articulated by de Chardin as the Law of complexity and consciousness:

“In state A, the centres of consciousness, because they are extremely numerous and extremely loose at the same time, only reveal themselves by overall effects which are subject to the laws of statistics. Collectively, that is, they obey the laws of mathematics. This is the proper field of physico-chemistry.”

“In state B, on the other hand, these less numerous and at the same time more highly individualized elements gradually escape from the slavery of large numbers. They allow their basic non-measurable spontaneity to break through and reveal itself. We can begin to see them and follow them one by one, and in so doing we have access to the world of biology.”

“In sum, all the rest of this essay will be nothing but the story of the struggle in the universe between the unified multiple and the unorganized multitude: the application throughout of the great Law of complexity and consciousness : a law that itself implies a psychically convergent structure and curvature of the world.”

From the alpha point of the Big Bang, that enigmatic singularity which launched the thousand ships of everything we will ever know, the white-hot, primordial stew of cosmic matter has shaped itself inexorably into stars, galaxies, planets, and life-forms of ever increasing complexity and capacity for micro and macro-cosmic awareness and interaction, al-be-it always paying as it goes the incremental toll of exhausted energy and entropy, the dreaded one-way return on the shuttle back to the primordial and formless pea soup of our initial extraction. For de Chardin, however, our destiny didn’t lie in the pea soup; rather, the exponential increase of complexity moves towards an Omega Point, an awesome trans-temporal singularity that draws evolving matter at all temporal levels to itself, and to the event horizon of cosmic evolution, beyond which consciousness is all-knowing and divine. Part of the this process is the activation of what de Chardin called the noosphere, a kind of global group mind, which we will encounter again in a later section dealing with the nineties, a peculiar decade in which all these ideas begin to make unexpected and strange cameos. McKenna’s timewave agrees in most particulars with de Chardin’s scheme; it differs, however, in that it offers us a somewhat more specific date for the coming of the Omega Point.

Novelty theory branches away significantly from conventional scientific wisdom in its assertion that the periodic explosions of novelty throughout history are not randomly timed events, contingent upon an essentially unpredictable mass of circumstantial variables, but rather a kind of fractal, algorithmic pattern, like a musical score from which history plays increasingly dense variations on a theme. Some of you are probably wondering how McKenna came to this conclusion; others have no doubt intuited quite correctly that this is where the I Ching comes in. The Timewave was constructed by graphing the numerical patterns in the King Wen section of the I Ching according to a set of mathematical ratios, thus creating a fractal algorithm. McKenna then overlaid the King Wen algorithm over a graph of cosmic and planetary historical development. The result, in McKenna’s analysis, was something akin to the mystical convergence between Tyrone Slothorp’s sex life and the fall of the V1 rockets in Gravity Rainbow: the Timewave seemed to map out the occurrence of major spikes of novelty throughout human history, positing major fluctuations about 4 billion years ago when the earth was formed, 65 million years ago when dinosaurs became extinct and mammals started throwing significant shapes, about 10,000 years ago after the ice age, during the scientific, industrial, and social upheavals of the eighteenth century, during the psychedelic pressure cooker of the sixties, around the 911 period, with major incoming spikes projected for this November, and in October 2010. The real rub, however, lies in the fact that the Timewave projects the exponential growth of complexity and novelty reaching the level of infinity on , a date increasingly posited by fringe Mayan scholars as having some kind of profound apocalyptic significance for mankind. It was either a fairly mind-blowing synchronicity, or simply artificially cooked as the biggest wheeze of all in McKenna’s trickster philosophy. Personally, I’d like to believe it caught him completely unawares; to a synchronicity-attuned stoner like McKenna it would have been a transcendent moment, requiring the immediate construction of a joint of Cyclopean proportion and Byzantine complexity, just to fully savor the moment, and contemplate its myriad implications. A trenchant scourge of organized religion found himself sitting upon an enthobotanically inspired Book of Revelations which was just about crazy enough to speak to contemporary, millennium-approaching consciousness.

By this point, McKenna had been scared out of the trafficking of magic mushrooms by a severe drug bust among his peers, and was easing into the self proclaimed role of “charismatic talking head” and stand-up shaman, taking his personal brand of psychedelic eschaton on the road. Meanwhile, at roughly the same time that these ideas were taking shape, some other interesting ripples were beginning to form on the timestream: by the early eighties, the U.S. Department of Defense’s Advanced Research Projects Agency (ARPA) had developed a decentralized computer network, designed to remain effective in the event of a nuclear attack, which they were calling the APRANet; in 1984, a Time magazine cover story was hailing a recent commercial innovation called the personal computer “machine of the year.” It was shaping up to be a good time to be preaching a gospel of rapidly accelerating novelty.

Posted by Tristan Eldritch at 6:46 PM