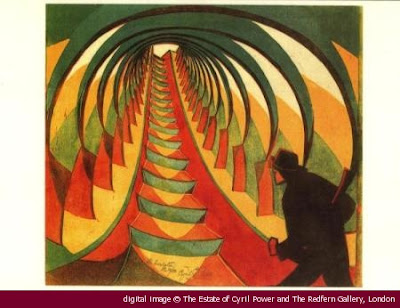 These Diaries are by no means predicated on the belief that anything special or noteworthy is going to happen in the year 2012, or on the specific date of December 21 of that year. Nor do they preclude the possibility of such extraordinary, unrepeatable events as the reversal of the poles, the catastrophic destruction of the earth, or the end of time itself, occurring in 2012. Robert Anton Wilson, one of the few individuals to realize the full potential for entertainment and humour inherent in a flexible agnosticism, was fond of saying: “I don’t believe anything. But I have many suspicions.” believed that while we certainly live and die in a tangible reality, what that reality actually means will always remain relative, and subject to differing subjectivities. The purpose of these Diaries is to explore a variety of interrelated subjects, all equally dubious and disreputable, with a flexible agnosticism.

Keen observers of alternative ideologies and ideas will have noticed an extraordinary amount of synergy occurring in the field of late, and much of it centred around the coming of 2012. Some wise-men avow that the ideas of rational people are but the few agreements lunatics have achieved between them; thus, when the cranks of the world speak in unison, it is worth lending them an ear. The 2012 solstice marks the end of a 5,126-year era in the “Long Count” of the calendar developed by the Mayan civilization of pre-Columbian . Precisely what this marker meant to the Mayans themselves is a matter of highly specialized knowledge and scholarly debate, and what it should mean to us a more opaque matter still. Nevertheless, the Mayan fin-de-scale has acquired an extraordinary eschatological mystique down through the ages, becoming in recent years a kind of New Age/conspiracy fiend Y2K, and a publishing phenomenon designed in the main to entice those readers who are only now beginning to spot the cracks in Dan Brown’s revelatory worldview. While a variety of competing visionaries are setting their alternate stalls of global disaster and cosmic transformation, the phenomenon is set to move from the Mind, Body, and Spirit dustbowl of high-street bookstores to the hyperreal canyons of the dream factory. As we speak, John Cusack is preparing to flex his long face and non-descript charms against a wave of global catastrophes in 2012; an early review of the script credits the enterprise with the considerable achievement of rendering the apocalypse boring. On a far more intriguing note, 2010 will unleash 2012: The War for Souls, directed by the notorious New Age polymath .

Apocalyptic thought expresses both a fear for the frailty and transience of the most seemingly permanent things, and a subterranean desire for violent transformation and change. It thus finds eager audiences in times characterised by intense anxiety and uncertainty, and particularly in times when the social and societal structure is perceived to be tugging at the end of its tether. Back in the early nineties, the teleological vision of neoconservative political theorist Francis Fukuyama almost possessed a degree of plausibility: "What we may be witnessing is not just the end of the Cold War, or the passing of a particular period of post-war history, but the end of history as such... That is, the end point of mankind's ideological evolution and the universalization of Western liberal democracy as the final form of human government." To a pre-9 11 generation eagerly mauling the English language under the languid tutelage of Friends, such ideas were not outrageous; but the world seems a different place now. Current anticipation of imminent cosmic rapture is fuelled not only by ancient prophesies, New Age dilettantism, and Gnostic pop trash, but also by a series of concrete and scientifically credible fears: the geopolitical instability created by both terrorism and extreme counter-terrorism, the seemingly irreversible trajectory of catastrophic climate change, and the apparent depletion of a variety of vital natural resources including fossils fuels and clean water. Needless to say, since I started writing this, Wall Street bankers have brought global markets and banking systems to a similarly strange and jittery place.

Even the most punitively rational souls must accede that this is a fairly worrying cocktail to contemplate. We are only a re-energised Cold War away from proper, high-end paranoia. Deep ecologists and Gaian activists paint a fairly chilling picture of industrialised Western society, once so enamoured of itself as the pinnacle of human technological and intellectual evolution, now envisioned as an out-of-control behemoth, hurtling towards its own destruction with no brakes or ejector seat. We can see in all this the primary catalysts for the proliferation of apocalyptic ideas: a pervasive fear of eminent upheaval, coupled with a subconscious longing for violent change, or, at the least, a sense that such transformation may be a necessary and redemptive panegyric to a system in terminal entropy. Similarly, while our temptation may be to regard apocalypticism as the sole preserve of a lunatic fringe, hysterically projecting vengeful urges and transformative fantasies onto the cosmological future, it is nevertheless a mode of thought which is intrinsically immeshed with its contemporary material circumstances. So, while current ruminations on 2012 are paved with no end of zany mental potholes, they have also opened interesting forums for debate on where our fragile society might be going next.

This is not, however, to negate the virtue of zany mental potholes. One of the miracles of the information age is its heroic lack of discrimination. Discussing the proliferation of conspiracy theories involving the moon landing, folklorist Linda Degh expresses a perennial truth when she concluded: “Mass media have a terrible impact on people who lack guidance.” What is most intriguing about the 2012 phenomenon is its ability to draw together the most outré and disparate bedfellows, and in the process create apocalyptic melanges which can only be described as millenarian sci-fi spectacle in biblical IMAX. Conspiracy nuts, religious fundamentalists, alien contactee messiahs, and ayahuasca-quaffing middle class shamans alike, have circled December 21 on their calendars, and spun wild armageddons involving New World Order archons, biblical giants, and advanced extraterrestrials, against a widescreen backdrop of material disaster and spiritual awakening. While the scientists of the world are huddled eagerly about the Hadron Collider awaiting secular revelation, their counterpoints in the subterranean covens of pseudoscience and hidden knowledge are frantically reading the entrails of the internet, watching the skies for strange lights and inexplicable miracles, hurtling into mental hyperspaces on DMT and a range of designer shamanic sacraments, looking in every corner of an increasingly catastrophe-obsessed eggshell world for shivers of the coming rapture.

Of course, none of these ideas are particularly sane or credible, but some of them are damn entertaining. I recall a film critic once commenting on the performances of Victor Mature and Heddy Lemarr in Cecil B. DeMille’s 1949 Samson and Delilah: “neither make convincing Biblical personages, or even particularly creditable actors, but they sure know how to put on the old zingeroo.” Far away from the mono-perspectivist certainties of the Enlightenment, adrift in the age of quantum physics, postmodern self-immolation, and perpetual mediation of experience, the old zingeroo may be all we have left. Bob Dylan once reputedly said of hallucinogenic drugs: “Everybody needs to get their heads bent from time to time.” Apocalypse or no, the world has all the signs of getting its head bent in the years to come, and these Diaries plan to follow every loop of that curve, all the way to , , when the final entry will be logged. Whether that dispatch be sent to a world much as it was before, or to Mad Max’s savage, oil-starved Thunderdrome, or the endless spume and spray of Kevin Costner’s Waterworld, or some fiery and barren vista populated solely by the leering Jack-in-the Boxes of human aspiration, or some vast, disembodied cosmic consciousness that only seconds before was myriad, atomistic Man, only time can tell. So long as that hasn’t run out as well, along with all the oil, rainforests, cigarettes, and every other damn thing.

The 2012 Diaries will not focus exclusively on the countdown to 2012, but rather use that as its tangential centre, leaving no dubious claim of otherworldly abduction, no utterance of a higher intelligence however garbled, no suggestion of underlying pattern however idiosyncratically assembled, unturned along the way. This is a form of investigative journalism perfectly commensurate with strange times. We will approach these subjects neither with a dogmatic skepticism, nor with a desire to become, like Jim Corr, the latest causality of the infernal marriage between credulity and the internet. Our commitment to strange things which are most likely untrue is predicated on the belief that they are, in the main, more entertaining and invigorating than prosaic things which are most likely true; that the vagaries of human belief are a serious subject, and far more revelatory of human psychology than its normative modes; and finally, that the best strange tales might take us outside of the realm of truth and falsity altogether. The 2012 Diaries will aspire to a place in the firmament somewhere between the sublime inquisitiveness of Montaigne, and the bottom shelf drivel of the Weekly World News. Our enterprise over the next four years will be like the logical and intellectual equivalent of running away with a circus: gravity will be defied by gaudy-sequined artisans, clowns will gambol and caper, freaks display their anomalies, and when it’s all over, things may very well stink of sawdust, elephant dung, and stale popcorn. But the weary villagers, rooted to their familiar streets and squares, will watch with misty-eyed longing as our strange convoy resumes its restless peregrinations. 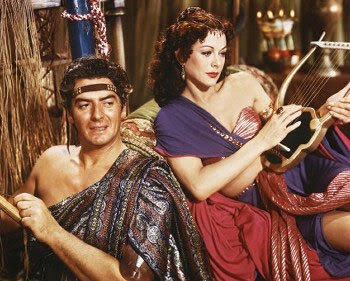 Cecil B. Mille’s Samson and Delilah: the old zinderoo, circa 1949. Its publicity proudly boasted: YOU WILL SEE: Samson armed with only the jawbone of an ass defeat a Phillistine army of hardened warriors!

Posted by Tristan Eldritch at 1:40 PM