Man as a Palace of Industry: The Mensch/Machines of Fritz Kahn. 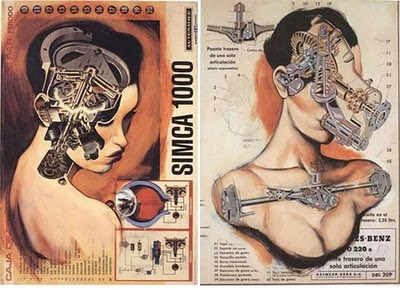 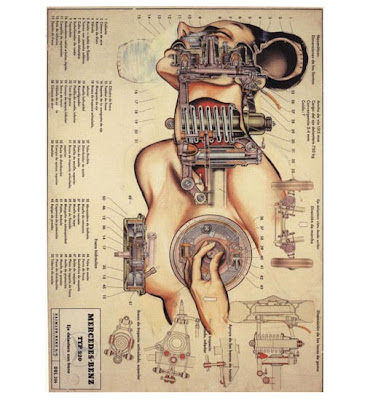 Back in the first First Rule of Space Exploration... post, I used some illustrations from Fritz Kahn. Kahn was a gynaecologist and famous popular science writer in the Berlin of the 1920s. His masterwork was a five volume series called Das Leben des Menschen (The Life of Man.) Kahn and his artists developed a remarkable method of graphically illustrating the form and function of the human body, by literalizing the metaphor of the biological organism as a machine. Just as the hermetic and alchemical illustrators of the Renaissance mapped the astrological symbols of the Zodiac onto the human body, Kahn used the human form to internalize the contours of the industrial/mechanical modern world, with the body often depicted as a harmonious industrial economy peopled and worked by armies of tiny homunculi. 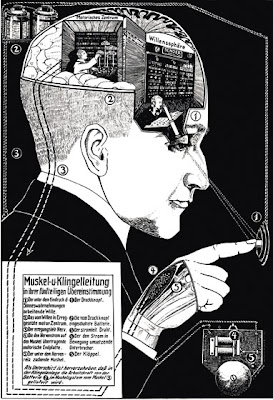 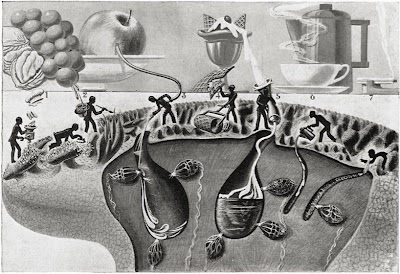 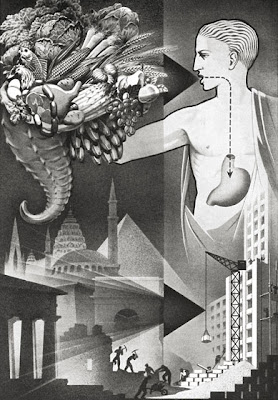 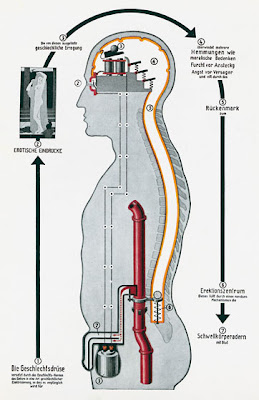 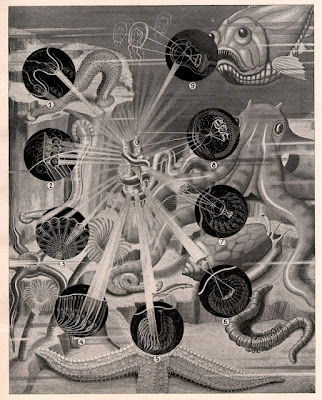 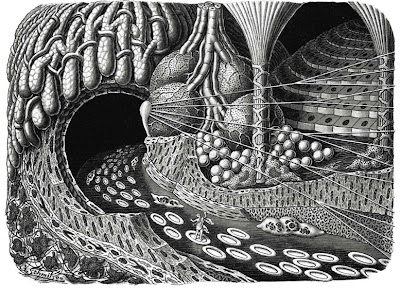 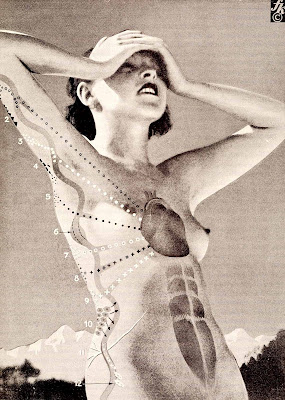