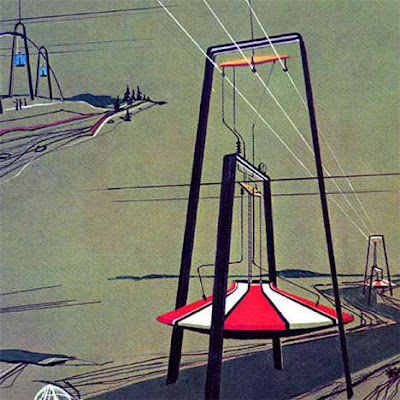 Part 1: The Myth of the Future.

Each era has a characteristic myth by which it conceptualizes and experiences time. Speaking very broadly, Western culture has developed three great mythic narratives of temporality: history as a cyclical process, as an eschatological process, and finally as a progressive one. Cyclical time incorporated the diurnal and seasonal rhythms that dominated the lives of tribal/agrarian communities, as well as the beautiful and ubiquitous myth of the World Age: Hesiod’s Ages of Man, the yugas, Kalpas, and so on. According to some cyclical models, we are trapped in an inexorable decline from some long past Golden Age. According to others, the fall from the Golden Age is itself part of a larger cycle that repeats itself through eternity. Golden ages will raise themselves up again, and decline again, and so on. Everything recurs eternally.

It’s reasonable to assume that that the myth of the World Age was a projection of diurnal and seasonal rhythms onto the vast canvas of cosmological time; alternatively, it may be that our ancestors intuited some intense, as-above-so-below fractal geometry of deep time that our primitive, atom-pulping shamans have yet to fathom. We can only wait and see.

Eschatological time, on the other hand, stressed the idea of temporality as a linear process, and history as the working out of a divinely ordained plan. The real juice underlying such a concept was the big lightshow it promised at the end of history: the redemptive, revelatory destruction of everything that exists, so that the righteous might ascend out of time and duration altogether, into the immeasurable and ineffable. Whereas cyclical time drew from the natural rhythms of the earth, eschatology was more grounded in abstract thought, and the mental habits accrued through writing: the linear form and structure of grammar, and the impulse towards narrative. The idea that history should be constructed with the cumulative, interlocking inevitability of a syllogism – that the universe should begin with the Word and End with a Bang – continues to work like a potent narcotic on the popular imagination today, fuelling visions as disparate as those of a Roland Emmerich or a Ray Kurzweil.

A noteworthy feature of both cyclical and eschatological time was that neither really conceptualized the future as something radically different from the present. In cyclical time, the same core elements ebb and flow, and repeat themselves endlessly. One age might be heroic and another ignoble, but each one is constituted by the same core elements, subject only to seasonal variation. According to Christian eschatology, the future was already irrevocably set out in God’s Providence and Foreknowledge; hence, futuristic speculation was at best superfluous, at worst meddlesome and heretical. In the Inferno, Dante punishes the futurologists in the eight circle of Hell by twisting their heads until they face permanently backwards, resulting in what is surely one of the most unforgettable images of pathos in all of literature:

If you would have God let you profit by

Your reading, reader, now consider for yourself

How I was able to keep my face dry

When right before me I saw the human image

So twisted, that tears coming from the eyes

Rolled down into the crack of the buttocks.

This is why you’ll find no shortage of medieval woodcuts depicting the Final Judgement, and surely none hypothesizing the KITCHENS OF THE FUTURE. The idea of the future as something unfamiliar, exotic, and substantially better than the present, was largely a product of the 18th century Enlightenment. Our last great mythic narrative of temporality was fuelled by the grand Idea of Progress. It rejected both eternal recurrence and the benevolent straightjacket of divine Providence, and offered instead the myth of modernity: the idea that humanity had achieved a condition of rational and scientific maturity which could continually improve itself into the future. If we only left aside the hamstrings of our superstitious past, we could continue to learn more, to make society better and happier. It has been extensively and persuasively argued that these myths of modernity and progress owed a great deal to the apocalyptic religious ideas that they supplanted; that they were, in essence, a secular eschatology. The mechanism of Divine Providence was replaced by the idea of cumulative Progress, and the heavenly New Jerusalem replaced by a rationally conceived Utopia here on earth. 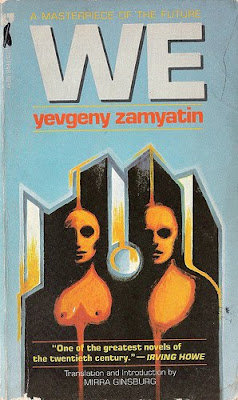 Whereas Christian eschatology conceptualized heaven as residing ultimately outside the fallen and imperfect realm of history and time, the myth of progress attempted to immanentize the eschaton – to realize the final righting of all wrongs within the immanent world and within history itself. In doing this, it reconceptualised the future as an otherworldly repository for dreams of miraculous technological transformation and utopian social perfectibility. The future became a mythical new frontier, a new imaginary planet whose topographies were mapped out in the emerging literary landscape of science fiction. Of these fictions, the most crucial in understanding the myth of modernity and progress were the futuristic utopias and dystopias – our culture’s modern dreams and nightmares of the escape from history as an immanent historical event. 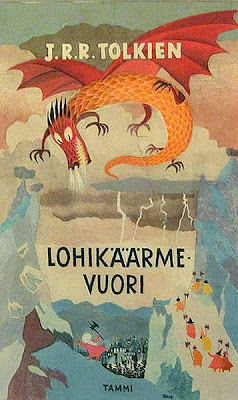 This new myth was powerful, and often stunning in its efficacy: the dream of the future really did transform the whole nature of the world, for both good and ill. But it was also a myth and a dream that was dying steadily from its inception. The idea of modernity itself was like a graft that never fully took, to the extent that the history of modernity is also to a large degree a history of anti-modernism. Romanticism, Theosophy and the Occult Revival, and more recently, the counterculture and the New Age, have all expressed, in alternatively sublime and risible terms, an intense nostalgia for the archaic and pre-scientific. The rise of science fiction and literary futurism was paralleled by the rise of fantasy, a literature suffused with a longing for the worldviews and ambience of the distant past. The idea that scientific progress might gradually improve the human ethical condition became starkly untenable in the aftermath of the World Wars. 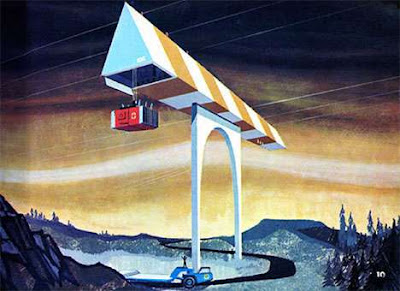 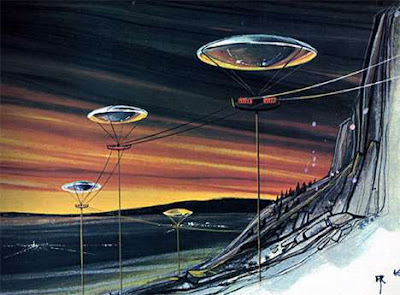 But we still had the future. The dream of the future reached its apogee in the popular imagination during the Space Age, after which it fell rapidly into abeyance. Today, the nostalgia we feel for the Space Age is a nostalgia for a particular idea or myth of the future: the idea of the future as something radically different, and considerably better, than the present. I bring this up because it seems to me that we haven’t yet figured out, or properly articulated, what comes after the myth of modernity and progress. We know that progress didn’t ultimately ennoble the human spirit, and didn’t make paradise immanent here on earth. We’ve lost the future that we discovered during the giddy utopianism of the Space Age, because we have a sense that this future already happened, that it has been and gone, and now all that remains is for its miracle technologies to become smaller, more addictive, and more expensive. We’ve completely lost the idea of the future as a better world than the present one, for a variety of reasons. One crucial aspirational myth underlying the prosperity of the post-war years was the notion that if you worked hard enough, you could give your children a better life than your own. In the current era of rampant financial oligarchies and austerity, the message is more like: if you knuckle down and except less and less, maybe your grandchildren will see better days. And then there’s also the small matter of an apparent social, economic, and ecological meltdown parcelling out the apocalypse in almost interminable daily instalments: the emergence of the apocalypse not as a single event, but rather a historical condition of unspecified duration. The golden tomorrows that animated the social reformers of the Enlightenment and the Sci-Fi consumerist prophets of the Space Age have never seemed so distant and untenable, like a dream whose underlying logic has receded altogether in the harsh daylight. 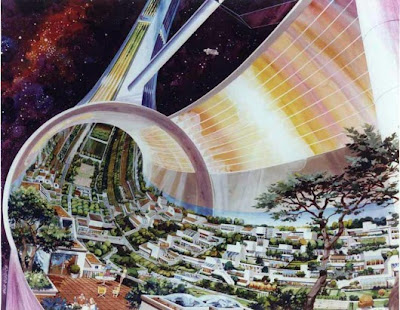 So where, or precisely when, are we now? What myth underlies and structures our experience of temporality in these strange, jittery early years of the new century? This century that was supposed to be the Utopia of yesterday’s World Fairs and pulp magazine covers, but somehow morphed instead into a surreal and increasingly implausible disaster movie?

Posted by Tristan Eldritch at 5:49 PM