The Occult Art of Rosaleen Norton. 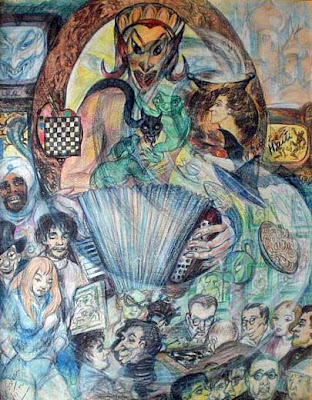 Rosaleen Norton was an Australian occultist and artist whose work frequently ran foul of the law in the conservative Australia of the forties and fifties. In the early fifties, Norton moved to an area of Sydney known as King's Cross, a place which had become notorious as a red light district and nexus of organized crime and various bohemian/occult shenanigans. The Cross was also the home of the novelist, poet, journalist, and actor Dulcie Deamer, who was called the Queen of the Bohemians. Norton herself attained a significant degree of tabloid notoriety as "the Witch of King's Cross", amid a torrent of police raids, mostly unfounded tales of Satanic black masses and animal sacrifices, and a scandalous affair in which her friend and lover Eugene Aynsley Goosens was arrested by customs in possession of a considerable occult booty: some 800 erotic pictures, ritual masks and incense sticks. Something of the ambiance of the Cross in that period, and Norton's distinctive appearance and presence, is conveyed in this charming vignette: 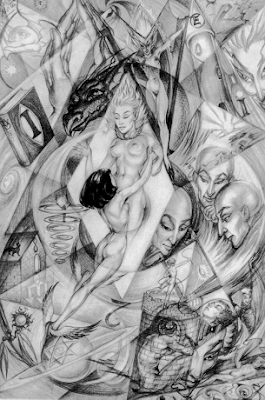 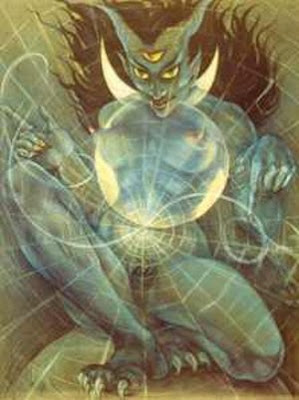 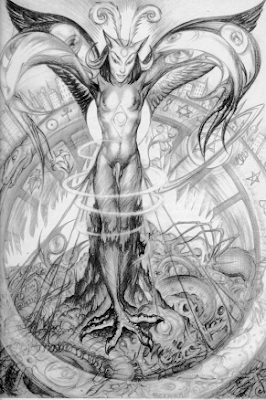 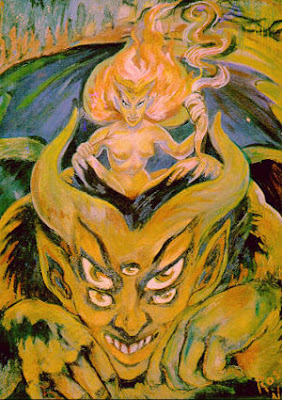 Posted by Tristan Eldritch at 5:02 PM

Fascinating-I've not heard of her before, some of her paintings remind me of Frieda Harris's Thoth pieces for the Crowley tarot. Thank you for sharing.

Excellent blog, been steadily reading through the archives.Are there any posts about Austin Osman Spare by any chance?

Hey. I haven't posted anything substantial about Spare as yet, but I did post up a youtube video of Alan Moore discussing Spare here: http://2012diaries.blogspot.com/2011/02/austin-osmond-spare.html. Will certainly devote a full post to him at some point in the future as he was obviously a seminal and fascinating figure.