The God of Little Dreams and Fancies: Lord Dunsany and Sidney Sime. 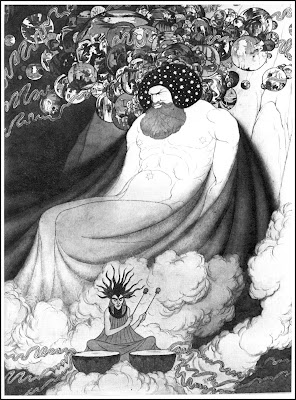 Edward Plunkett, the 18th Baron of Dunsany, was a prolific author noted for his formative influence on HP Lovecraft, and the fantasy genre in general. It is said that he always composed his tales while seated on a crumpled old hat, which was subsequently stolen by a visitor to Dunsany Castle. Whether the loss of the hat occasioned any significant depletion to his imaginative faculty, I know not. The following text is a short extract from The Gods of Pegana (1905), and the wonderful illustrations are by Sidney Sime, an English artist of the late Victorian period, one of the many to emerge from the considerable shadow of Beardsley, who is best remembered for his illustrations for Dunsany's work. 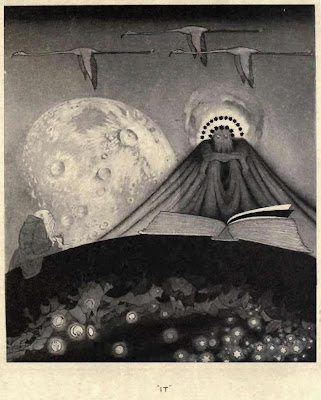 Yoharneth-Lahai
(THE GOD OF LITTLE DREAMS AND FANCIES) 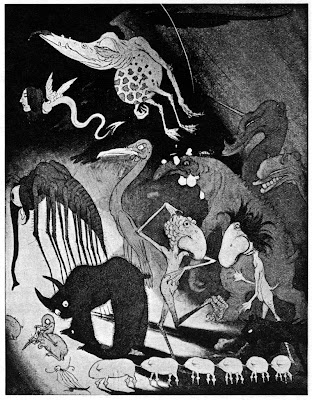 To whom Yoharneth-Lahai cometh not with little dreams and sleep he must endure all night the laughter of the gods, with highest mockery, in Pegana.
All night long Yoharneth-Lahai giveth peace to cities until the dawn hour and the departing of Yoharneth-Lahai, when it is time for the gods to play with men again. 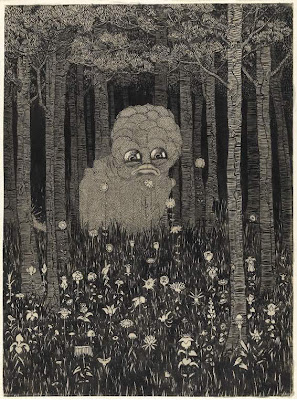 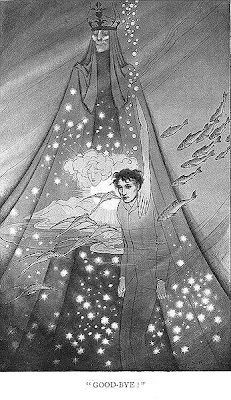 Posted by Tristan Eldritch at 5:27 PM

Hi Tristian - great blog and superbly well written! One article intrigued me in particular, from jan 9, 2011 profiling Merrill Trentwood who resides in Whitley Terrace (or did at the time of your article). I'm planning a documentary of the community and will start filming initial footage shortly (in about two weeks). Mr. Trentwood sounds like exactly the type of person I'd like to interview if at all possible - unique with a passion for a specific genre of film. Do you know how I might get a hold of him? I've tried online searching but come up blank.

Thanks for any help you can provide!

Hey Glenn, thanks! I'm afraid Merril Trentwood will never be found, or if he does, I would be very shocked indeed! A small number of the pieces I write here are fictional,and Merril Trentwood is a fictional character, very loosely inspired by the late Forest J Ackerman. Best of luck with your documentary!