The Secret Council of Planners Part 4: The New Antiquity. 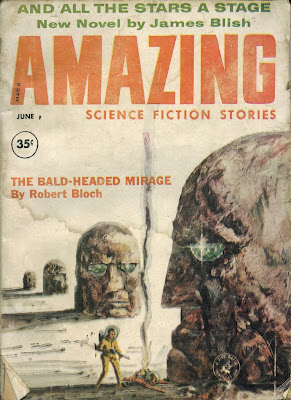 Of the eventual landing of the Ithaca on Pantopia, much must be left to our imagination. It is said that she landed on a broad, grassy plain, hemmed on all sides by mountain ranges greater in extent than any on earth. The landing of the Ithaca bore a deep crater into the plain, and caused the bifurcation of a river that ran beneath it. It took the best part of a day for the whole crew to disembark, as the operation was carried out without undue haste, in a mood of great dignity and quiet reverence. Throughout the day, the Ithacans completed, for the very last time, ship duties that had been performed without fail for over two thousand years. They left the posts that their ancestors had manned, and gathered in groups at the various Starship exits. Then, as the day progressed, they gradually filed out of the Ithaca’s mechanically lit and air-conditioned corridors, out into the stunning expansiveness of a natural planetary environment. All in an instant, they experienced the magnificent, limitless canyon of sky looming above them. They stretched out their arms to greet it, and their eyes basked in its lustrous colours. They felt the wind caress their bodies like something alive and somehow dimly familiar. As the hours passed, Pantopia’s twin moons rose, and they saw the steady constellations that their children’s children would gaze upon. They were home.

In those early days in the valley, the Council unveiled their plan for the settlement of Pantopia. It had been some two thousand years in the making, and to understand it, you must understand the mind-set of the Council when the voyage had begun. In the final years on earth, virtually all the world’s intellectuals had gravitated towards extreme forms of environmentalism and socialism. There had been scarcely any other option. The earth’s environment was riven by hurricanes, tsunamis, earthquakes, and an increasingly extreme and unpredictable climate. While the planet’s environment deteriorated, the gap between the world’s poorest and wealthiest citizens skyrocketed. In 25 tumultuous years, the middle class effectively disappeared. The last great ideological struggle on earth had been an attempt to abolish money and dependence on fossil fuels. These movements were fuelled by a desire to return to a form of society that existed in closer contact and greater equilibrium with nature. Out of this grew the Breakaway Communities: large- scale migrations out of the cities and towns, into agrarian communes that proclaimed themselves sovereign, independent communities.

Of course, it was already too late. Even while the Breakaway Communes were beginning to establish their new way of life, plans were already underway for the construction of the Ithaca. Though only rumoured on the fringes of the mainstream press, it was common knowledge among the world’s elites that the Earth would only be habitable for another century and a half. That great, final burst of idealistic energy that informed the Breakaway and anti-monetarist groups was too little, too late. Many members of the Ithacan Council of Planners had been actively involved in the Breakaway movement. In many respects, they envisioned Pantopia as a second chance to instigate Breakaway social ideals on a planetary and permanent scale. According to their vision of Earth history, the Industrial Revolution had set in motion the human race’s inevitable slide towards self-destruction. Two factors, they reasoned, were chiefly to blame for the accelerated decline of the human race: the abstract monetary system of notional value, combined with an unfettered, unregulated technological explosion which had been informed by no higher goal or aspiration than the acquisition of notional wealth for an increasingly small minority. The Council of Planners feared the Pandora’s Box of money and technology as their distant Christian ancestors had feared the flesh and the devil.

Their long term goal for Pantopia was thus a romanticised version of earth’s distant past, or a desire to return to antiquity with the benefit of considerable hindsight. In many respects, they must have envisioned Pantopia as kind of time machine: an opportunity to carefully orchestrate the future that should have been. They wanted to start from scratch. They wanted the human race to return to its pre-industrial roots: to methods of production that were agrarian and frugal, without being harsh or life-threatening; to forms of social organisation that were closely-knit and tribal, without being excessively insular. They sought to steer their future world on a safe course between the hazards represented by the pernicious fantasy of the nation state, on one hand, and a perilously interconnected economic globalism, on the other. They wanted technological innovation to reach a certain point of practical efficacy, and then to cease altogether. Like a great many of the people who have ever existed, they wanted to get things right, and then have time do them the supreme courtesy of stopping precisely at that point.

But how could such a goal be achieved? How could a race that had travelled between the stars be somehow returned to the mental horizons of their distant ancestors? How could this new antiquity be moulded, and surreptitiously guided to meet the Planner’s specifications? Once attained, how might it be held in precisely that state of peaceful equilibrium, with no fear of straying once more on the path of self-destruction? It was with all these questions in mind that the Council arrived at the most startling and unexpected aspect of their plan for Pantopia. It would be necessary, they resolved, for the Ithacan colonists to forget their entire history. They would have to forget about the long journey between the stars on-board the Ithaca; they would even have to forget the whole history of their ancestors on planet Earth. It would take whole generations, centuries, to achieve, but eventually the colonists would forget who they were, and where they had come from. They would eventually come to regard themselves as native Pantopians. 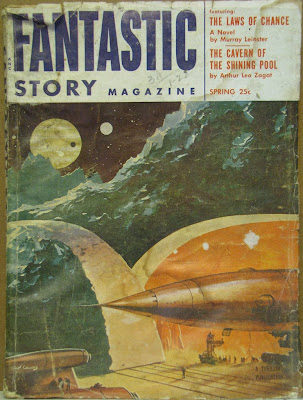 The First Settlers spent a full month of celebration camped in the valley, before the proper instigation of the plan commenced. The Settlers were divided into 23 groups. Each of these groups was then flown by shuttle to various geographically distant locations on Pantopia. There, they were deposited with an insignificant amount of supplies, and essentially left to fend for themselves. In the ensuing months, they would have to learn a series of skills that no human being had practised for many thousands of years, even back on earth: the ability to survive in a natural environment, without any but the most basic technological aids. This would be an extraordinary challenge, for the spirit of innovative striving had largely atrophied during the long years of the voyage. The Starship environment had required only occasional maintenance on the part of the crew members, with most of the difficult, intellectually challenging work being carried out by the AI’s. As a consequence, the Ithacans had been content to become essentially passive operators of a vast machinery that they scarcely understood. They had no experience, no real conceptual grasp, of the idea of an environment that hadn’t been designed expressively for their habitation and comfort. They would have to learn how to construct dwelling places, to hunt, to forage, and to cope in an environment where the temperature was determined by nature alone. The Council assured them that although no community would be allowed to fall into serious difficulties, they would never again have Starship technology at their disposal. As each shuttle took its group away, the First Settlers said their goodbyes, knowing that that in all likelihood they would never see one another again. Those who had travelled together between the stars would now be separated by potentially impassable gaps of oceans and landmasses.

The Settler groups were also informed that they must begin to accustom themselves to the habit of speaking only of the present on Pantopia, and never of their past on the Ithaca and on Earth. They were warned that the Council would establish covert word-recognition surveillance technologies at each of the settlement locations. In the early years, there would be no grave seriousness in discussing the past from time to time. However, when the first generations of children were born on Pantopia, they would have to be raised in the belief that the human race had always lived on Pantopia. To speak about the past in the presence of the first children would be a grievous offence, which the Council would punish with the utmost severity. Of the controversy engendered by this aspect of the Plan, and the fierce opposition it provoked in a small minority of Settlers, we will pass over. The Council were deemed wise by the majority, and they were feared. They alone understood and controlled the Starship technology, and hence they were the makers of the future. As the Settlers were scattered across the continents of Pantopia, the Council used the ship’s thrusters to bury the Ithaca into the side of a mountain, until it was eventually submerged and completely hidden. From this underground location, the Council would observe and covertly influence Pantopian society in the centuries that followed.


Posted by Tristan Eldritch at 7:34 PM

I was beginning to think they might never arrive...