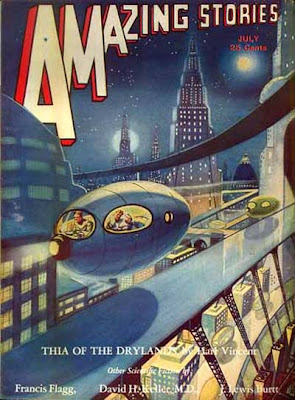 The Barnum of the Space Age.

The nineteenth and early twentieth centuries were the grand age of the electrical current. In 1881, the Savoy Theatre in Westminster, London, became the first public building in the world to be lit entirely by electricity. The venue had been provided with 1,200 incandescent light bulbs by their inventor, Sir Joseph Swann. The late 1880s was the era of the “Battle of the Currents”, an increasingly bitter and occasionally macabre feud between Thomas Edison and George Westinghouse. Edison had established direct current (DC) as the gold standard for electrical distribution in America, when Westinghouse began to promote new European technologies centred around alternating current (AC). The currents provoked fierce emotions in their adherents; several former employees of Edison, including the shamanic Nikolai Tesla, defected to the Westinghouse camp. 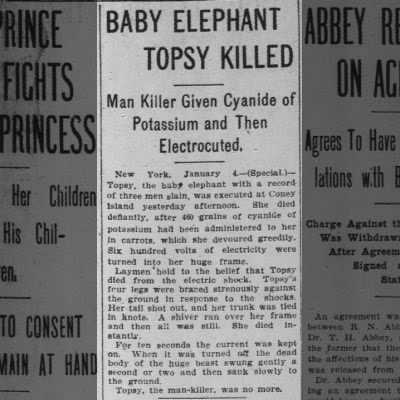 The War of the Currents quickly got dirty, if not downright diabolical. Edison organised an elaborate smear campaign designed to demonise alternating current. He had his assistants Arthur Kennelly and Harold P. Brown oversee an AC-driven animal killing spree: stray dogs, cats, and even unwanted horses and cattle were publically executed. Edison attempted to popularize being “Westinghoused” as a synonym for electrocution, and secretly insured that alternating current powered the first electric chair in New York. The spectacle reached its nadir on January 4, 1903, when an estimated 1,500 people gathered on Coney Island to witness the execution of Topsy the rouge fairground elephant. (When Luna Park went up in flames in 1944, superstitious denizens of the boardwalk called it “Topsy’s Revenge.”) 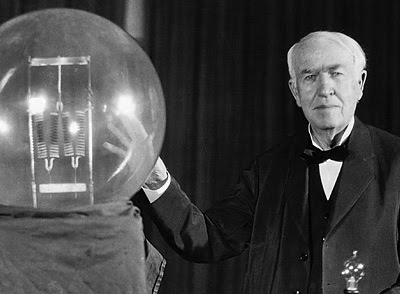 Underlying these gruesome displays, however, we have a sense of the stark novelty and mesmeric power that electricity exorcised during the early modern period. Men like Tesla seemed more like oracular conduits than mere scientists. A secular witchcraft of stunning efficacy was being born, and something else with it: an idea of the future as something which was no longer written in the stars or scriptures, but rather taking shape in the forge of human invention and technology. The electrical current was making the world futuristic, and ushering in the great Wanderlust for the future that took us all the way to the moon, and then somehow ebbed away in a cloud of paranoia and greed in the 1980s and 90s.

One young man to catch the bug both for electricity and futurism was Hugo Gernsback. Born in Luxembourg while the Battle of the Currents was heating up in the US, Gernsback suffered from a mysterious ailment as a child: he was as “bald as an egg”. His father took him the length and breadth of Europe in search of a cure, until the problem finally resolved itself of its own accord when Hugo was five. Shortly after this, the now hirsute child received a modest present that would have a profound impact on the subsequent course of his life: a Leclanche wet battery, a piece of wire, and an electrical bell. Gernsback’s later life was also deeply influenced by an early reading of the astronomer Percival Lowell’s books Mars (1895), Mars and its Canals (1906), and Mars as the Abode of Life (1908). Lowell’s Martin canals were a scientific fallacy, but exerted a potent influence on the emergence of science fiction, via HG Wells’ invasion of Martian “intellects vast and cool and unsympathetic”. Mars as an Abode of Life also made quite an impression on the 9 year-old Gernsback; according to scf-fi historian Sam Moskowitz, “he was immediately sent home, where he lapsed into delirium, raving about strange creatures, fantastic cities, and masterly engineered canals on Mars for two full days and nights while a doctor remained in almost constant attendance.” With hindsight, Hugo’s Martian fever-dreams were a prophetic vision of the new literary genre he would later christen “scientifiction.” A book of speculative astronomy had prompted Hugo to intuit the dreams of the future, and the covers of its pulp magazines.


The Inevitability of Image by Wireless. 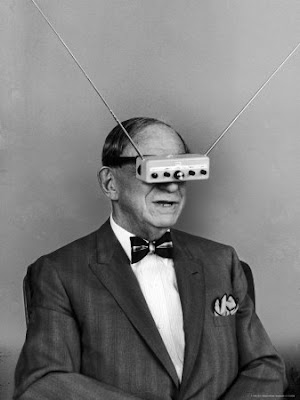 Inspired by cowboy comic books, Gernsback went to New York at age 19 and rapidly became a man of prodigious accomplishments: an inventor, futurist, writer, and publisher of magazines. A 1963 Life piece on Gernsback labelled him “the Barnum of the Space Age.” He had been an enthusiastic dilettante across the whole spectrum of electronics, having established the first wireless home radio set for commercial distribution, long before radio broadcasting networks even existed. Gernsback was an all-around pioneer of the airwaves – the etheric printing press of the Space Age. He set up his own radio station (WRNY) in 1925, and also experimented with a kind of paleo-television broadcasting. The Life article paints a fascinating picture of Gernsback’s early experiments with the television medium:

“The tele-numbed 1960s makes his laborious, excited and tremendously bull-headed 1928 telecasting seem more archaic yet. The device by which Station WRNY emitted its primitive video signals – a whirling perforated “scanning disk” hooked to a set of photoelectric cells – produced a picture only one and a half inches square. Programs simply showed the head and shoulders of a singer, a speaker or a doll which was sometimes used as a substitute subject. They could be received in all New York by only a dozen or so rabid “experimenters” who had built similar disk machines from instructions in one of Gernsback’s own magazines, Radio Times. But these telecasts dramatized his own tenacity more pointedly than the process dramatized the inevitability of image by wireless.”

These ghostly, stamp-sized images of singers and dolls were on the cusp of a communications revolution – and brought together a network of odd-balls whose strange minority obsession would become the universal norm of the future. This is a recurring motif in this tale, and it is a figure which seems to play a peculiarly prominent role in the creation of the world of the 21st century.

It was, however, in the realm of publishing that Gernsback’s greatest legacy lies. He produced a prodigious amount, including literally dozens catering to electronic amateurs and obsessives like himself, and two magazines – Sexology and Sexologia – which, the Life article dryly states, “aim to present a scientific view of problems inherent in the reproductive processes”. One, however, was for the ages: Amazing Tales. Tales was the very first pulp magazine devoted entirely to science fiction stories. It was launched in 1926; as with his previous experiments with wireless radio and television, Gernsback got there before the medium really had a proper name. The new magazine’s masthead compressed the underlying ideology and eschatology of the coming Space Age into a neat six word aphorism:

The future was invading the present, with the dazzling brilliance and novelty of a cavalcade of rockets from Mars. The wildest things imagined today were but modest premonitions of what will be the everyday of tomorrow – “to make reality of imagination” in the words of the Bendix Corporation’s Tomorrow People campaign:

Hugo Gernsback commissioned a death mask of Nikola Tesla, and kept it in his office. He was dreamer, but he was also a cutthroat magazine man, notorious for the maltreatment of writers. Pulp titans H.P. Lovecraft and Clarke Ashton Smith called him “Hugo the Rat.” The Life article calls him “a dude of the first order”, whatever that might have meant to a Life staffer in 1963.

Posted by Tristan Eldritch at 7:05 PM