Found Images: Cattle and the Paranormal. 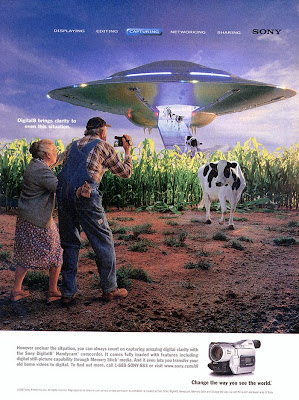 Since the pioneering days of Charles Fort, cattle have played a significant, albeit deeply puzzling, role in the Bigger Picture of mysterious phenomenon. Indeed, one of Fort's less cheerful theories held that we ourselves are no more than a form of lifestock, bred for utility by our advanced cosmic neigbours. Meanwhile, in the sixties and seventies, the cattle/ET relationship exhibited far more disturbing characteristics than that suggested in the Sony ad above. 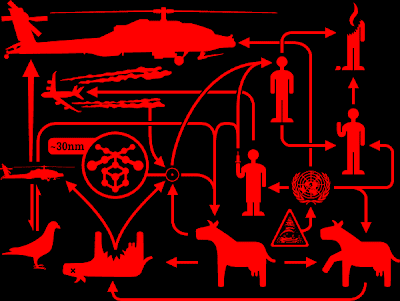 This picture depicts the life-cycle of Black Helicopters. I found it on a website which alleged, I can only assume sardonically, that Black Helicopters are a form of nanobiological living organisation, bred to serve the New World Order.
Posted by Tristan Eldritch at 12:18 AM

Tristan, we're looking for new writers and you're one of the few commenters I don't hate. Quite the opposite in fact. Interested? Email me.