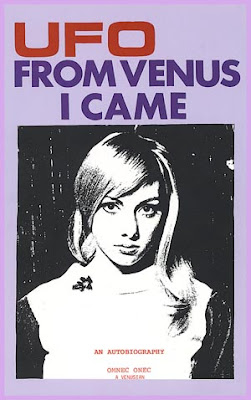 It is often argued that habit alone constitutes the criteria by which we divide that which is self-evidently sensible, rational, and hence normative in human affairs, and that, on the other hand, which is outrageous, bizarre, or outright perverse. The social norms by which any society conducts itself are imposed from without, by a combination of those elements who control the society, and the fact of that order existing already in history, which leads in turn to the habitual experience of one order as opposed to any other. We are all aware of the extreme example, vouchsafed in the person of the obsessive compulsive, of individuals who maintain habits which are alternatively superfluous, nonsensical, or completely harmful to the person in question. We must also be aware that the obsessive compulsive, left to his own devices, will tend to regard his outre compulsions as merely those chores and activities necessitated by the ordinary active existence. We are lead from this to entertain at least the possibility that whole societies may become subject to an acute neurosis; that whole nations may become self-reinforcing communities held together by a shared corpus of delusion, beginning with that familiar chestnut which is ever the handmaiden of all delusional systems: I'm not crazy. Note the powerful argument marshaled by Holdenstrat, the crazed German idealist, in his masterwork On the Impossibility of Ever Definitively Establishing the Sanity of Oneself, or any Other ( the secondary clause of which has been deemed by many a superfluous exercise, in the light of Holdenstrat's previous "manifesto of pure idealism" On the Impossibility of Ever Definitively Establishing the very Existence of any Other): a) the most insane people are characterised by the complete conviction of their own sanity, b) hence there is no essential difference between the experience of sanity or insanity, c) a persistent vigilance with regard to one's sanity is commonly called paranoia, and invariably the by-product, or precursor, to a milder form of insanity. Hence, according to c), any vigorous attempt to establish one's sanity to a satisfactory degree is a self-defeating measure, since it often leads to insanity, and following a) and b), has no chance of success anyway. (Holdenstrat went insane in his later years, believing himself to be a victim of an ancient conspiracy of beautiful Amazonian women, who had worked since time immemorial to suppress the insights of German idealism. The discovery of giant female footprints outside Holdenstrat's home in the aftermath of his death is regarded by most sober commentators as little more than an intriguing coincidence.)

We must then except that this whole world, both in its basic physical construction, and no less so in the complex social organisms that have gradually evolved upon the surface of this earthly petri dish, is an order imposed from without. Mr. Charles Fort and Mr. HP Lovecraft have been bold enough in the past to question whether the whole edifice of the physical universe is itself in any fashion a rational or sane entity; whether these ideas are merely man's fond, foolish dreams, the quaint fragments we have always been shoring, in some form or another, against the eventual dissolution of all things. I will content myself, for the moment, with questioning the sanity of our forms of social organisation, our way of life, to give it its distinctly modern, trans-Atlantic nomenclature. Our way of life is an complex abundance of peculiar habit and custom, which only the rust of familiarity renders normative. Witness the game of tennis: the crowds watching rapt at the repetitious to and fro of the ball from one racket to the other; the Amazonian shriek of the female tennis player splitting the silence as though locked in some prolonged and loveless congress; finally, in some kind of weirdly concentrated bacchanal of appreciation, the crowd strike their palms together in unison, producing an abrasive sound and a spectacle most portentous to the uninitiated. Is there any sense pertaining whatsoever in these strange games that mesmerize us, this veritable underworld of strange fears that silently haunt our minds? Is there geometry, harmony, or beauty of any kind in these vast mechanical architectures we ourselves haunt like ghosts?

It is with these surmises in mind that I present an extract from that most puzzling and remarkable text Archaeological Excavations of the Modern City. The Excavations is a text of notoriously dubious providence, and the controversy over its authorship rages unabated today. In 1949, it was submitted to various London publishers by the horticulturalist, bird fancier, and self-proclaimed extraterrestrial "contactee" Cedric Bulmer-Cavendish. Bulmer-Cavendish claimed he had received the manuscript from his friend Orthon, a Venusian who had travelled in a flying saucer to the London of the 21st century, and recorded his impressions as a kind of warning to the men of the 1950's. It was eventually published in 1951 by the New Lemurian Press, a small outfit which served effectively as a vanity publisher for the decaying remnants of the Theosophy movement, and was followed in 1953 by The Venusian Dawn, a description of idyllic, communal life in the jungles of Venus. Bulmer-Cavendish immediately incurred the ire of the botanist, journalist, scholar of comparative philology, and occasional drunkard Bugle Bulmer-Buttredge. (Bulmer-Buttredge had once been an enthusiastic member of the Society for Psychical Research, until he became bitterly disillusioned with the paranormal, stating in 1919: "I hereby declare myself a veritable Antichrist and nemesis to all table tappers, all purveyors of ectoplasmic cheese cloth, all mixers of Theosophical gruel, indeed to every species of fantastical nonsense extant." This was in sharp contrast to his earlier statement in 1912: "I am hereby offering my services as a veritable David against the Goliath of accepted scientific dogma; indeed my sling is poised to slay every commonsensical assumption about reality extant.") Of Venusian Dawn, Bulmer-Buttredge had the following to say: "It is patently clear that this Venusian Shangri-La, with all its property (even WOMEN-FOLK) held in common, is nothing less than the grim reductio ad absurdum of FABIAN SOCIALISM." Regarding the Excavations, Bulmer-Buttredge made a convincing argument that Bulmer-Cavendish was almost certainly its author, based upon the strong similarities between it and Reflections on Life in the Abysmal Anthill, a polemic against modern urban life which Bulmer-Cavendish had written under the pseudonym of Wolfgang Marx, while a member of the Fabian Society.

In time, the controversy dissipated. In 1957, Bulmer-Cavendish attempted to publish one further book, Slave of the Giantesses: My Journey to Venus. In this work, avowedly his own, Bulmer-Cavendish claimed that Orthon returned, and conveyed him by flying saucer to the fabled jungles of Venus. He spends a year trekking by himself through the gargantuan tropical Venusian rain forests, until he is finally incarcerated by a tribe of Amazonian women, who promptly relinquish their religion of ritualistic lesbianism, and make him their largely willing sex slave. The work is lost, but was described in its day as pornographic, obscene, and completely unpublishable. Even the New Lemurian Press refused to publish it, and Bulmer-Cavendish became a laughing stock among London's rapidly dwindling community of Theosophists and Contactees. (Coincidentally, our old friend Holdenstrat read the work in manuscript form, and claimed "as a bizarre amalgam of Edgar Rice Burroughs and the Marquis de Sade, it is not without literary merit". He requested a copy for "private use and further study".) In his later years, Cedric became utterly destitute, as did Bulmer-Buttredge, and both men spent their declining years as virtually the sole patrons of the London public house the Dockside Maiden, and the Source of her Ruin, a Rude Spaniard. As an extraordinary new decade of vitality dawned on London, both spent their evenings sitting at opposite ends of the Dockside Maiden, and the Source of her Ruin, a Rude Spaniard bar, endlessly rehashing the old controversies of their Psychical and Fabian pasts. One waited for the return of Orthon in his gleaming flying saucer; the other for long delayed grant from the Foreign Office.
Posted by Tristan Eldritch at 12:34 PM

Tristan,
I must admit that I was unfamiliar with the work of both Cavendish and Buttredge, so I owe you a debt of gratitude for introducing me to the pair.

Perhaps the moment when J. Krishnamurti uttered the phrase that Bob Dylan was later to make famous in a pop song, "it ain't me babe, it ain't me you're lookin for", the Theosophists were doomed to become just another esoteric society isolated on the fringe of paranormal history.

I enjoyed your Archaeological Excavations very much. I seem to be visiting 2012 quite often of late. I'm not sure what significance if any it might have, but if it's of any interest to you, I know Mac Tonnies thought rather highly of your writing and your thought processes. I know this first hand, he told me so.

Hey Michael. That certainly is of interest of to me. Mac was one of my favourite bloggers, and I greatly miss his presence on the internet. Thanks for sharing that.