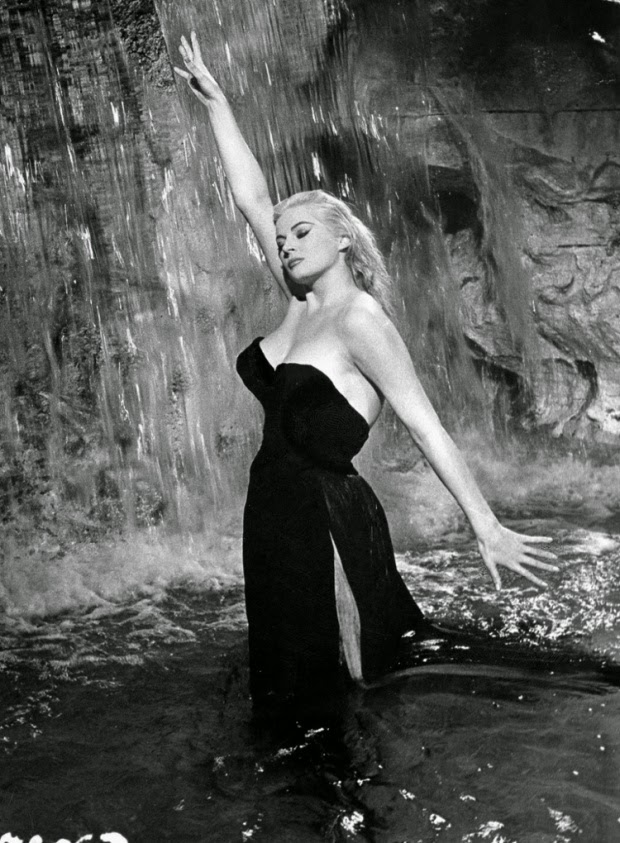 Anita Ekberg's childlike frolic in Rome's Trevi Fountain in La Dolce Vita (1960) is one of the defining iconic images of cinema's maiden century.  When Marcello Mastroianni passed away in 1996, the fountain was turned off and draped in black.  Now Federico, Marcello, and Anita are all gone.  Sadly, her later years were characterised by illness and severe financial difficulties - but cinema lovers will always be returning to the strange, bittersweet rapture of that fountain sequence, chasing something, like Marcello's character, which can never quite be attained.   Here is a interview with Ekberg filmed just prior to La Dolce Vita:

Interview found at the Playlist.

Posted by Tristan Eldritch at 5:08 PM