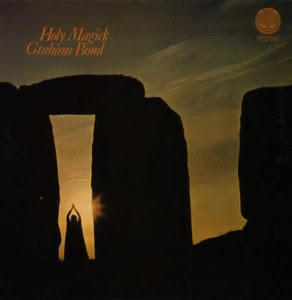 By all accounts, the British jazz/rhythm and blues pioneer Graham Bond got way too into the occult.  Bond often claimed to be an illegitimate scion of the Great Beast himself, and fellow Brit blues man Long John Baldry accused him of sacrificing his pet cat in a ritual.  In 1974, after several years of mixed musical fortunes, sporadic drug addiction, and possible bipolar disorder, Bond walked into the path of an oncoming Piccadilly lane train, aged only 36.  Friends believed that he was clean of drugs, but that his occult preoccupations had reached manic levels. 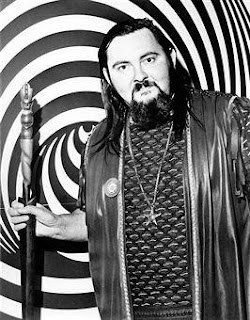 The most noteworthy musical fruits of Bond's chaotic involvement with occultism are 1970's Holy Magick and '71's We Put our Magick on You, both recorded with his then wife and fellow magick devotee Diane Stewart.  According to Malcolm Dome writing for Classic Rock, both are "enveloped in a disjointed yet quite brilliant occult atmosphere. Neither record should be regarded as a classic, yet they had a certain claustrophobic, doomed sensibility that makes them even now rather eerie. You can hear a man actually celebrating his demons in a musical context that is something of a jumble of confusion and philosophical contortions."  The following is one of my favorite of Bond's explicitly Crowleyite tunes:

Posted by Tristan Eldritch at 1:54 PM