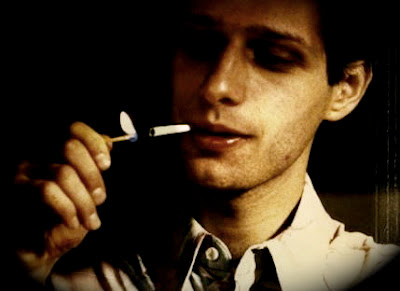 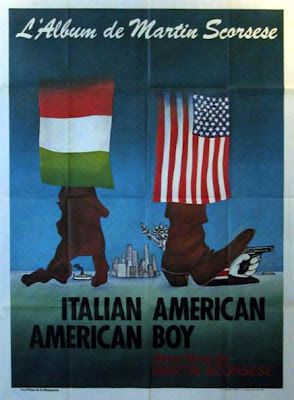 In 1978, Martin Scorsese shot a brief and casual documentary about his friend Steven Prince called American Boy. Prince was a character. While barely out of his teens, he had worked as a road manager for Neil Diamond, and developed a major heroin dependency. After getting clean (or thereabouts), Prince drifted into Scorsese’s orbit, making a brief cameo appearance as Easy Andy the gun salesman in Taxi Driver. Prince was a weirdly compelling story-teller and raconteur – a figure who wouldn’t be out of place in the loquacious, street-savvy milieu of Scorsese’s pictures – and in American Boy, Marty simply placed him in a casual, party-like environment, and let him tell his stories. The result is a fascinating little film – Prince’s stories turn on a dime from hilarious to harrowing, with a dark edge of urban desperation and self-destructiveness runing through most of them. The film as a whole has the atmosphere of an amphetamine-fuelled all-nighter – the energy and fun tinged with the edgy awareness of hell to be paid somewhere down the pike. Scorsese himself suffered a near-fatal cocaine overdose that same year. Prince’s story of giving an overdosing female friend an impromptu adrenaline shot, which you can hear in the clip below, was subsequently immortalized in the popular culture of the 90s via Quentin Tarantino’s iconic re-telling in Pulp Fiction.

I saw this back in my college days (along with The Big Shave and Italianamerican) the year after Pulp Fiction was released, and it really shattered my image of Quentin Tarantino for a while. He's gained back my respect over the years, but I still see him as the cinematic equivalent of a really good DJ and not an auteur. But yeah...Scorsese surprisingly rocks the documentary. I have not yet seen Public Speaking, but I'm looking forward to it.

I have a lot of affection for Tarantino. I don't think he's one of the great, great directors, but in sense, he doesn't really try to be - he always makes movies where a sense of fun and enjoyment is paramount. I think that's why a lot of people have a problem with QT today - they blew him out of all proportion around the time of Pulp Fiction, or created an image of him that wasn't really congruent with what he was. And he just kept on making fun, zesty, skewered, smart-dumb genre mash-up pictures, and a lot of his old followers turned away from him because he didn't conform to some idea of the Great Director which he had never shown any interest in being in the first place. (Why doesn't Tarantino make a movie about real life? people keep asking. His real life is probably a lot weirder than his effin' movies!)