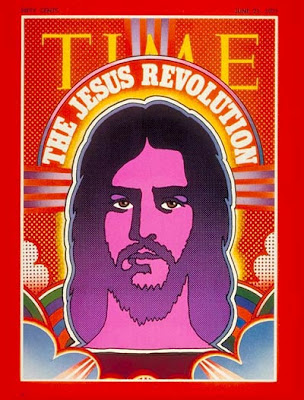 On the face of it, the emergence of the Jesus movement (also known as Jesus people and Jesus freaks) was one of the weirder flowerings of the radicalized 60s counterculture. On the other hand, it made a kind of sense: the 60s generation embarked both on a quest for an authentic kind of spirituality, and an indiscriminate opening of the archetypal unconsciousness. A great many young people were left shell-shocked, disorientated, and vulnerable after the excesses of drugs, the vagaries of spiritual experimentation, and the whole sensory and psychological intensity of the counterculture experience. Hence, they found themselves looping back to a kind of revivified, street version of the Christian values from which they had initially departed. Debauchees and hedonists of the world beware: you are always one severe freak-out away from finding Jesus. The Sun Worshipers is a fascinating and evocative short documentary from the Jesus people era:

Will definitely check it out! looks great!
thanks for sharing