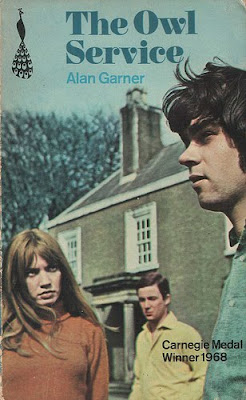 Uses of the Past.

We tend to conceptualize the past in extreme terms of an either positive or negative character. Traditionally, the prevailing tendency was towards the positive – and the myth of the Golden Age and its correlates all emphasised the idealization of the past, and the denigration of the present. Why there has always been such a pervasive tendency to idealize the past is a mysterious subject in itself. It may be that things are always getting progressively shittier, and every past really is a Golden Age, comparatively speaking. Or it may be that all times are equally shitty, and hence all past times equally beatified by the imagination. For whatever reason, the principle of entropy had its pre-scientific equivalent in the ubiquitous notion of history as a perpetual falling away from better, nobler times. The idealized past was frequently used as a means of critiquing the inequities and imperfections of the present. In a similar manner, when the past was viewed in a negative light, it was largely as a means of glorifying the present, and such people (ourselves) as are in it. This is the contrary view of the past – that it was essentially stupider than us.

This negative view of the past didn’t really come to predominate until the Enlightenment, the Scientific Revolution, and an era where the arrow of time began to be conceived as synonymous with the upward arc of progress. Suddenly, the Golden Age looped across time’s horizon into the future, the present became its noble incubator, and the past was downgraded to the status of a skid-row slum. The more we glorified the present, and the notion of progress, the more the past began to acquire a creeping, palpable sense of horror. In perfect antithesis to the idea of the Golden Age, the past became a place we desperately didn’t want to revisit. The Victorian period in particular was characterised by a widespread anxiety regarding the stability and permanence of civilisation and the hard-won fruits of progress – a fear of the “resurgent atavism” in cultural terms. In biology, an atavism is a throwback, an ancestral trait or characteristic that returns after several generations of absence. In the Victorian era, a confluence of racist and colonialist ideologies, combined with an incomplete understanding of evolution, made the idea of the atavism a cultural icon, and extended the concept into the realm of culture and society. Max Nordau’s influential 1892 work Degeneration articulated an increasingly pervasive anxiety – the idea that Western culture was entering a degenerate phase, returning slowly to its savage, uncivilised roots. 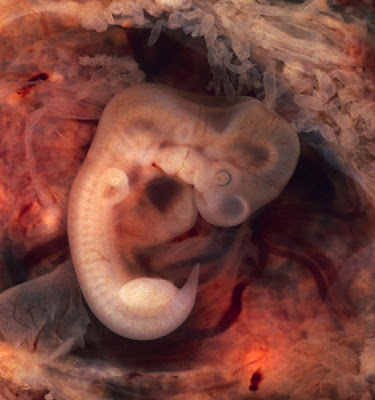 The 1800s also witnessed the development of genre that seemed tailor-made to express the terror of the past. The works of Edgar Alan Poe, combined with the urban gothic tales of Richard Marsh, RL Stevenson, and others, formed the basis of what we now call horror. The past is weirdly intrinsic to the horror genre; it is as essential to horror as outer space is to science fiction. In so far as we can generalize, there can be no underlying motif more intrinsic to horror than that of something from the recent or distant past that refuses to stay buried; no idea more common than that of a metaphysical force which has been prematurely consigned to the past, yet refuses to stay there. An ancient evil is always on the brink of being resurrected; the monster invariably refuses to stay dead. 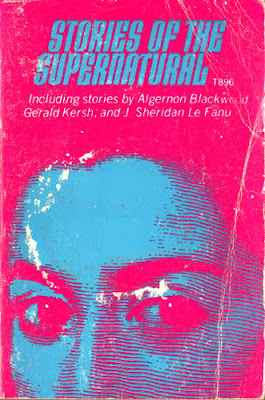 The affinity of horror with the past, and the idea of atavistic resurgence, is complex and multifaceted. On one level, horror necessitates a regression into our own personal history. The world of the horror genre is not that of rational adulthood, where the greatest fears are either of a practical nature, or those imposed by the neurotically brittle edifice of our ego-based self-image. The horror genre instead is infused with the child’s irrational terror of the dark, and the adolescent’s perpetual sense of unease and discomfort in the world, in their own skin. In this sense, horror presents a sensory experience whereby these aspects of our personal development refuse to remain buried in the past. On a more fundamental level, however, taken in the context of rational, scientific modernity, horror is itself very much a cultural atavism. Virtually everything horror thrives on is a brazen anathema to the values of the Enlightenment and the scientific era: ghosts, the supernatural, demonic possession, and so on. The logic of horror is far closer to animism than linear causality; its environment is always defined more in terms of heightened, subjective atmosphere than objectified physical geography. The most quintessential assertion horror can make is: all the rational assumptions that give you a sense of security in this world are actually apt to crumble in the blinking of an eyelid; every iota of confidence and conviction you have acquired as an adult is null and void in the face of the unknown. Horror, then, reactivates instincts, beliefs, and ways of viewing the world that our mainstream societal norms have consigned into the past.

Golden Age of the Fantastic.

Folk horror is a relatively recent coinage, and yet another instance of our seemingly incorrigible tendency to invent new generic categories for old cultural artefacts. The term is sometimes taken simply to encompass a short-lived sub-genre of British horror cinema which drew on the British Isles’ rich legacy of folk and pagan tradition: essentially, the loosely grouped trilogy of Witchfinder General (1968), The Blood on Satan’s Claw (1971), and The Wicker Man (1973). Others trace the literary pedigree of the folk horror sensibility back through a variety of supernatural authors including M.R. James, Algernon Blackwell, and the occult pot-boilers of Dennis Wheatley. Fascinating though this may be, it is probably best to envision folk horror as a phenomenon that flourished in British cinema and television in the sixties and seventies. Folk horror typically is concerned with the uncanny and often unsettling vitality of folk/pagan traditions and beliefs – with witchcraft, black magic, fertility rites and festivals; in essence, with the idea that the Old Ways, the Old Religions, and the Old Gods never really die out. They remain hidden under the surface of the modern world, preserved in secluded rural enclaves, or waiting to be rediscovered in ancient manuscripts, artefacts, and monuments. The greatest iconic signifier of folk horror is the endlessly mysterious and suggestive form of the Neolithic stone circle – with their eerie mixture of nature and artifice, primitivism and a sense of elusive technology, these Neolithic monuments are the emblem par excellence of the uncanny return of the antiquated. 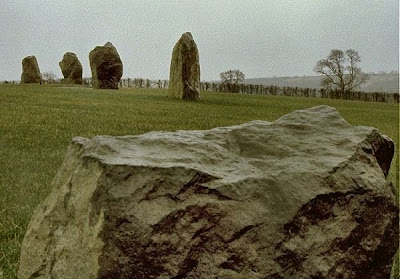 The 60s and the 70s were a Golden Age of the fantastic in British popular culture. Like ghosts or UFOs, strikingly surreal and numinous images and concepts appeared in the most incongruous of contexts – folk horror, for example, really flourished in children’s television. Britain excelled at a certain type of surreal fantasy in this period – the type exemplified by The Wicker Man in the movies, and The Prisoner, Children of the Stones, Sapphire and Steel, and many others, on television. What factors produced this Renaissance of British weirdness in precisely that period? Arguably, it was a fortuitous mixture of technological and social factors. We are looking, first and foremost, at a time when popular culture wasn’t so intensely interconnected, and so intimately aware of every other node in the cultural spectrum, as it is today. Culture could thus still feel parochial and hidden, not unlike the archetypal folk horror setting. The global village had villages, enclaves, nooks and crannies, places where surprizing things could emerge while nobody seemed to be watching. (To some degree, I think the current vogue for second-hand stores and flea-markets reflects a certain nostalgia for a less networked, less self-conscious culture.) There was something in the prevailing aesthetics and technological constraints of film and television in the 60s and 70s that was particularly conducive to the production of uncanny, dreamlike escapism; something in the types of film stock, in the soundtracks, and in the often cheap and crudely effective special effects, that produced a particular ambience, a particular tonal quality. And, of course, there was the culture of the period itself: the Old Gods and folk traditions were themselves re-emerging from the mists of time, through the bustling energy of the youth culture, and the aptly new/ancient prism of psychedelic drugs.

I eagerly await the second part of Hauntology Rising. I wonder what you'd have to say about The Watcher in the Woods, because it has something in common atmospherically, yet doesn't fit the profile at all.

Hey Trish. Will hopefully continue this series shortly. Actually wasn't aware of The Watcher in the Woods until now! It looks interesting, but the Interwebs says variable things about its quality. Is it good/worth hunting down?