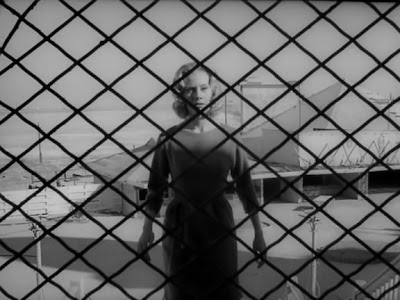 I’m what they used to call a magazine writer. Back in the seventies and eighties, you could earn a decent living, because there was a hell of lot magazines back then. It was a good lifestyle. You just had to keep moving, and you’d always find something to sell. Travel up and down the length and breadth of these United States, just following your nose, and you’d find something. You see, back then, there was a magazine for just about every variety of story you could possibly imagine, so anywhere you might be, at any given time, some kind of story was more or less bound to be in progress. In theory, at any rate. When things dried up, you could always take a holiday to South America; there was always something political happening down there. That was the ideology back then. Everything that happened in South America was political; whereas up here nothing was political. We lived the life that nature and God intended, and only ever had to resort to politics in order to insure that things stayed that way. And people believed that, too.

Anyway, I don’t know if a magazine exists today for the story I’m about to tell. It started when I was hanging out with my nephew Lucas, kind of house- and baby-sitting for my brother and his wife Teresa. We were talking about television, and he was saying how television was better today than it ever was before. And I said “Yeah, maybe so, but the problem with television today is that people don’t believe in it anymore.” Now that’s a statement that requires some qualification. I’m not saying that there was ever a time when people believed everything they saw on television was literally true. There was a time, however, when television was so new, and so vital, that people just didn’t have a vocabulary to describe the experience. You believed in the sense of being overwhelmed, of being mesmerized, because you didn’t know the precise angles of what was happening, and neither did the people who were making the shows. That’s when something is vital, when it’s alive, when people haven’t quite figured out the angles yet. Nowadays, people use the television mostly as a punch bag for their intellects; something to second-guess, to poke fun at, like an opponent in chess whose strategies are transparent from a mile away.

Anyway, my nephew asked me what TV show had the biggest impact on me when I was growing up, and something came back to me that I hadn’t thought about for a long time. I remembered sitting in our den with his father back when we kids, watching some show that just scared the living daylights out of both of us. But I couldn’t put a name on it, no matter how hard I tried. I remembered the first episode: some handsome young guy, some drifter, arrives in a small town. He’s on route to New York City, and he has to wait a couple of hours for the next Greyhound out of town. So he wanders into the local diner and orders a coffee and a steak sandwich. The guy behind the counter is an overweight, droll, likable everyman type. There is one other person in the diner: an ethereal, pretty blonde woman in her mid-twenties. The blonde girl is stirring her coffee with a peculiar intensity, and glancing furtively out the window. Her skin is preternaturally pale, and her manner oddly distant, detached, and uncomfortable. She wears a tight mackintosh buttoned all the way up, and her hair in a severe bun, which gives her the look of an alien detective. The slob behind the counter is cooking the hero’s steak, and reading a magazine with the headline: ARE THE FLYING SAUCERS REAL? He says “Boy, I sure wish those flying disks would take my little missus on trip into Outer Space!”

So the young guy goes over and tries to make some chat with the girl, but she just blanks him out, completely ignores him. Eventually the guy puts on a mock-indignant routine, the way they always do in these old pictures. The girl gets up abruptly, and exits the diner in a hurry, pausing at the door to look back with a puzzled, deer in the headlights kind of expression. The good-natured slob behind the counter laughs merrily: “You’re barking up the wrong tree there, son. She’s a strange one, yessir. She’s been around town these past few days, and if you asked me where she was from, I would have to say Mars. She came in on Wednesday first, I think. Pointed at a blue-berry muffin. So I gave it to her, and she hands me a big wad of notes. So anyway I asked a couple of questions, you know, just bein’ polite and suchlike. She just looks at me like I’m speaking Dutch, so I leave her to it. And she just kinda prods the muffin, and looks at it for about ten minutes, and then walks out of the place, just like she did right there: LIKE SOME VOICE IN HER HEAD HAD COMMANDED HER TO LEAVE. I tell ya, son, that one came down on the Sputnik, no doubt about it”

Anyway, owing to some inevitable complication, the hero winds up missing his bus, and has to spend a night in the town. We see him checking into a motel, one of those eerie Psycho/Touch of Evil numbers on the outskirts of the town. The guy at the counter is a typical squirming, paranoid puritan. “You’re not one of those strange ones, are you?” “Excuse me?” our boy says. “There’s a lot of strange ones passing through these past few days. We run a business here, you know? We cater to all sorts, long as they’re decent coming in, and polite going out. But there are some strange ones abroad these days, people I can’t rightly place in any category. Like last Wednesday, I had a couple of gentlemen come in, very severe, very serious looking gentleman in immaculately pressed suits, with big, shiny brown suitcases. It seemed as though they were foreigners, you understand, but didn’t want to give that impression. They were talking well enough, but it didn’t seem to come natural to them. They were putting a lot of effort into appearing effortless, you know that way? Like some drunks act sometimes. So I asked them what they did, and the first gentleman says “We’re Bible salesmen” and the second feller says “That’s what we are.” Well, on Thursday night, those two gentlemen left very suddenly, as though some voice had popped into their heads and told ‘em to get out of dodge. They ran off in such a hurry that they left their suitcases after them; I saw them striding off in the direction of the woods. Well, I opened up them suitcases, and let me tell you confidentially, it wasn’t any kind of bibles that was in them.”

“What was it?” our boy says. “It wasn’t any kind of bibles I ever saw. It was a bunch of them portable transistor radios, you know the kind? A bunch of them portable transistor radios, and strange plans for radio antennas. And when I turned on one of them trannies, it played the most godawful static sound I ever heard. I mean you just couldn’t listen to it. You’re not one of them strange ones, are you?” “Mister, I don’t own a transistor radio. I’m just looking to trouble you for a room until it gets light.”

Suddenly, we cut back to the driveway, where the blonde girl has appeared, walking towards the woods with the same distracted, otherworldly expression from earlier in the diner. The hero bounds out of the room. We see him walking briskly through the foyer. “I knew it”, says the guy at the counter “one of the strange ones.”

So the guy follows the girl at a distance, and she eventually cuts off the road, and goes into the woods. I recall that this part was where my brother and I started to get really spooked. The girl goes deeper and deeper into the woods, with the guy following her, hiding behind trees whenever she looks back. This sequence was very long, and very effectively done, very hypnotic. At first you could hear the sounds from the highway, but they gradually fade out, and it gets really quiet. You hear nothing except the muffled footfalls of the two characters, and maybe an owl hooting from time to time. I recall when I was young, I’d often look into an open field, or a patch of woodland, and wonder to myself where you’d end up if you went into the field and just kept walking in a straight line. Course, nowadays, I know that you’d wind up at the other end of the field, or the other end of a bunch of fields after it, and there’d just be cars and roads and houses like everywhere else. But when I was a kid, I half figured that if you kept walking long enough you’d wind up in this whole other country, a whole other strange world where the sun set in the sky backwards and everything was somehow different from here.

So I guess I figured that’s where the hero was going, past some invisible point where ordinary reality ceases, into the strange country on the other side of the horizon. Eventually the girl stops in a clearing in the middle of the woods. Nothing happens for a moment; she just stands there waiting. Then these figures begin to emerge from different parts of the wood, converging slowing on the clearing where the woman waits. They look pretty much like ordinary people, all immaculately dressed, very neat and tidy, but their movements are slow and eerily mechanical. They all take their places in the clearing, without once making eye-contact or showing a trace of emotion. Then they begin to communicate with one another, but it’s very weird. Without making eye-contact, their mouths begin to move very rapidly, as though talking silently to themselves. Gradually, a sound begins to develop: a steadily increasing chorus of guttural clicking sounds, a little like a buzzing colony of insects.

At this point our hero inadvertently snags a branch on the tree he’s hiding behind, and all holy hell breaks loose. The people in the clearing bristle and bolt like wild horses. We last see the hero tearing for dear life through the woods, the soundtrack laying some heavy, brooding chords over the show’s signature Theremin and guitar theme. Then it cuts to a drab looking kitchen, and we hear this booming voice: IS YOUR KITCHEN AN AIRPORT THAT CAN TRANSPORT YOU AND THE GANG TO ANY DESTINATION IN THE WORLD, IN THE BLINKING OF AN EYE? The kitchen dissolves in one of those magical old-fashioned wipes, WELL, WHY SHOULDN’T IT BE?, it’s atoms then reassembling themselves as a resplendent jewel of its former self, crowded to the rafters with smiling air hostesses, and heavily stereotyped representatives of various exotic locations, each standing to attention in their allotted portion of the kitchen-plan…..

“What?” Lucas snapped. “Oh, yeah, it went into a commercial break right there…” “And what happened then? Who were the people in the woods?” “Jeez, I can’t really remember.” “Well, what was the show called then?” No good. I just couldn’t place it. We tried a few key-words on the google, but it was no good. After that, we watched a bit of a True Blood box-set. Let me tell you, there are things in that show you wouldn’t have seen in a stag-picture, back when I was a kid. “Don’t worry, Lucas” I says, “it’s all made up, just like the vampire stuff.”