Letters from Uqbar: The Castle, the Garden, and the Books. (Part 2) 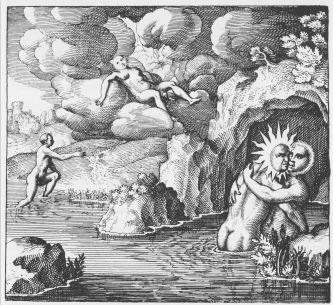 The emblem book was form of illustrated manuscript which was very popular in Continental Europe during the 16th and 17th centuries. The appeal of these books was predicated on their evocative combinations of illustrations, usually woodcuts or engravings, with short accompanying texts. The imagery of the emblem books often evoked a timeless classicism of idyllic pastorals, eternal childhood, and seasonal/astrological symbolism. Reminiscent of heraldry and the rich pictorial world of the tarot, they possess a strange magic which is difficult to properly quantify; perhaps it may relate to some mode of thinking in pictures that we experience as children, and retain in adulthood only as a ghostly trace haunting the edge of our awareness.
The emblem book was a natural medium for expressing the ideas of the Renaissance Hermetic underground, and a series of remarkable esoteric manuscripts emerged during the period of the Rosicrucian furore. These books espoused the same philosophical preoccupations as the Rosicrucian manifestos (macro-microcosmic harmony, alchemy, Cabala, mathematics, a fabled “Pansophy” of antiquated Egyptian origin); some expressed sympathy with the elusive fraternity, while others went so far as to claim an outright affiliation to the group. It is extremely difficult to ascertain just who was really involved in the Rosicrucian movement, or if such a movement even existed prior to the publication of the manifestos. The goal of the authors seems to have been to establish an idea in the consciousness of the world; to create a code, a template, a kind of esoteric franchise that would allow any sufficiently initiated individual to adopt the Rosie Cross mantle.

Regardless, the works of the alchemical emblem school stand up today as truly remarkable cultural artefacts, as indelible expressions of a sensibility that seems both alien and familiar at once. The world of the Hermeticists was one of manifold correspondence and hyper-symbolism. Rendered in pictures, this landscape is an uncanny prefiguring of the Dadaist/Surrealist art movements of the modern period: ideas, allegories, and abstractions present themselves as free-standing figures that jostle together in a single frame; vast zodiacal processions wheel across the heavens, and interpenetrate the sinews of human anatomy; in various laboratories, the hooded figure of the alchemist, a model of the obsessive tinkerer and magi-scientist, plunges deeper in the pliable world of matter and spirit. 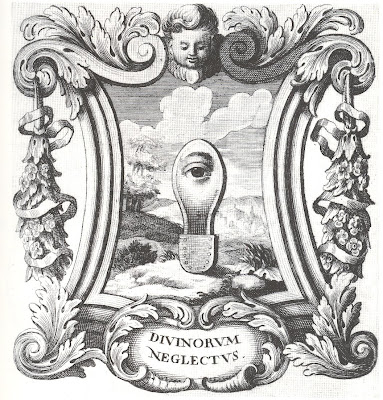 The most significant authors of the alchemical emblem movement were Robert Fludd, Michael Maier, and Heinrich Khunrath. Many of these figures gravitated towards the Prague court of Rudolf II, Holy Roman Emperor and Member of the House Hapsburg. History has judged Rudolf to have been an unmitigated disaster in the practical, political arena; however, he is highly regarded as a patron of Northern Mannerist art, and an obsessive devotee of the occult sciences. In this regard, he was no stranger to mysterious books, and is said to have been in possession of the preternaturally indecipherable Voynich manuscript for a time. Of the alchemical emblem manuscripts, perhaps the most remarkable is the Atalanta Fulgiens of Michael Maier: a genuine multi-media installation, the Atalanta featured not only engravings and text, but several accompanying fugues, believed to have been composed by Maier himself: 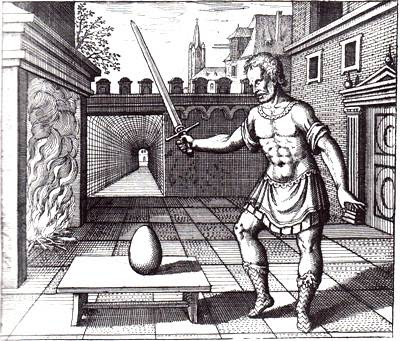 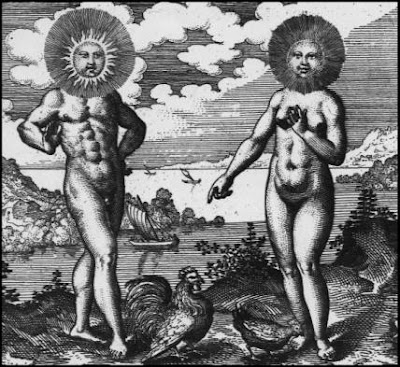 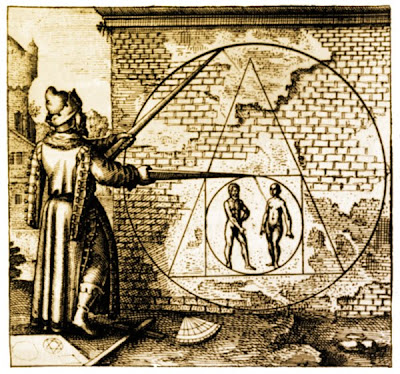 Atalanta fulgiens
The popularity of the emblem book gradually faded away, just as the passion of the Renaissance magi to read the secret language of nature went increasingly into the province of a more sober, Baconian brand of natural scientist. Something of the strange ambience of the emblem tradition, its suggestion of fluid, pictorial, pre-lapsarian consciousness, persisted in the illustrations of children’s books, and in two noteworthy works of latter day magi: the conceptual illuminated manuscripts of Blake’s Songs of Innocence and Experience, and the prodigious and recently exhumed secret labour of Jung’s Red Book: 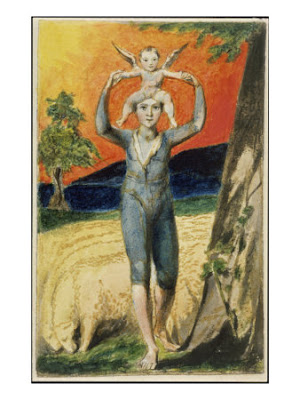 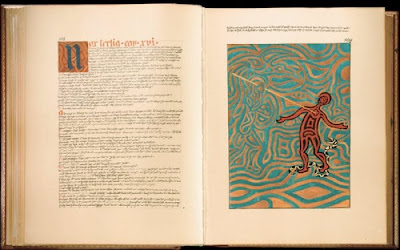 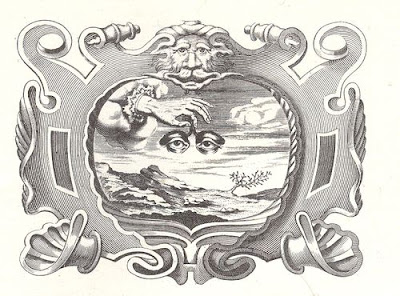 I like all of the images, but the shoe sole with the eye...fantastic. This image could have been done today by any number of contemporary artists. Enjoyable subject matter as usual.