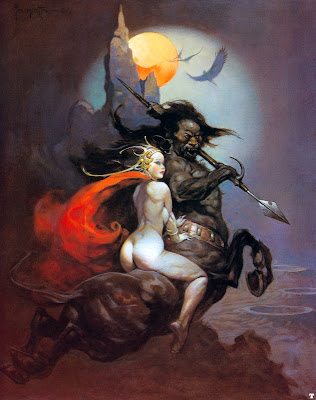 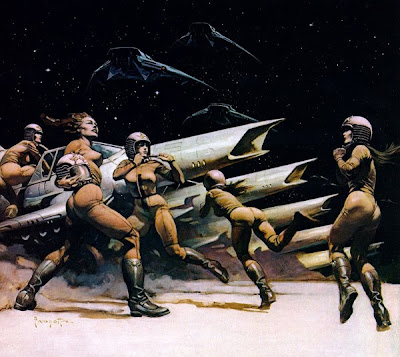 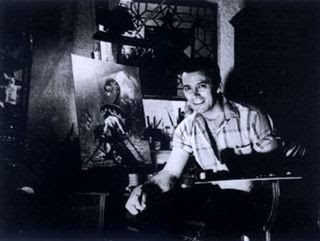 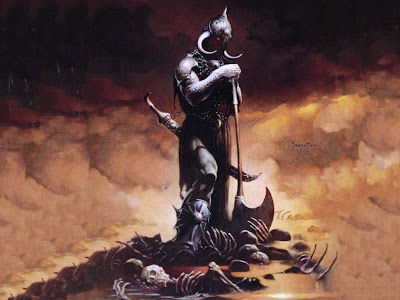 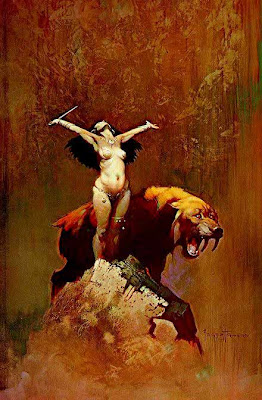 Posted by Tristan Eldritch at 12:21 PM

The magnitude of his contribution to popular culture is hard to even comprehend. A giant upon whose shoulders many have traveled far.

No doubt, Frank was a giant from a golden period of pulp illustration when, more often than not, the covers far outstripped the quality of the actual books themselves. The overweening sensuality of his figures, the sense of a fully realized world in each of his works, created an indelable iconography for heroic fantasy. He had many imitators, in fantasy, comic books, heavy metal imagery, ect, but only Frank could endow adolessant material with such grandeur.