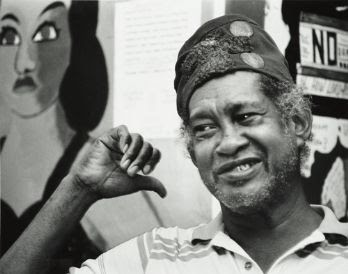 Few artists fall into the often unenviable category of "outsider" as neatly as Louisiana-born sign painter, crazy man, and self proclaimed prophet Royal Robertson. The most significant event in Robertson's life seems to have occurred in 1975, when his wife, with whom he'd fathered eleven children, left him for another man. Rather than launch himself back into the dating scene, the Prophet lapsed into a mysogynistic rage of truely Old Testament proportions. Armed with a lo-fi arsenal of paints, pencils, ball-point pens, and magic markers, Robertson preceeded to turn his home into a virtual hate-shrine to his ex-wife, and the inequitious ways of women in general. In time, he began to conceive of himself as the victim of a global, sci-fi tinged female conspiracy. This result of this is a fascinating cannon of work which provides a raw insight into a troubled, al-be-it highly creative mind, and which is replete with some of our favourite themes here - biblical eschatology, futurism, and the archetypes of comic books, science fiction, and UFO literature. Here are some examples: 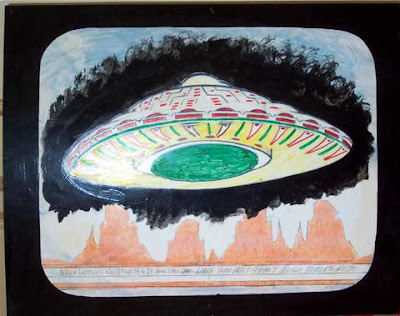 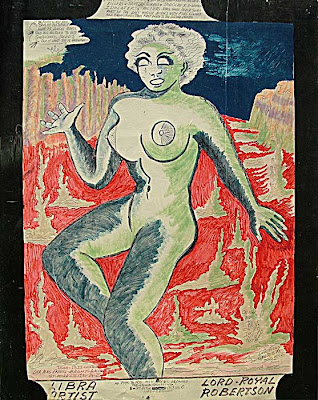 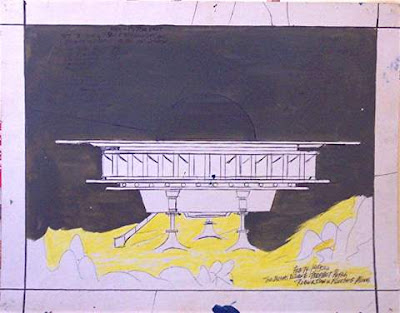 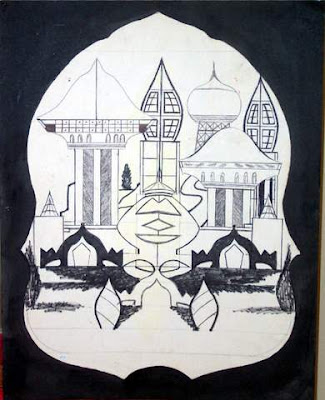 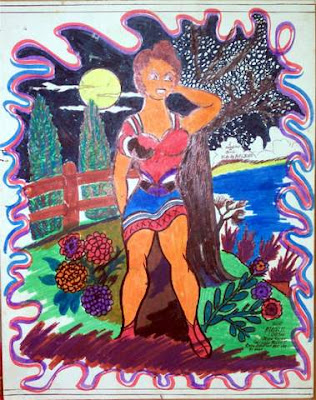 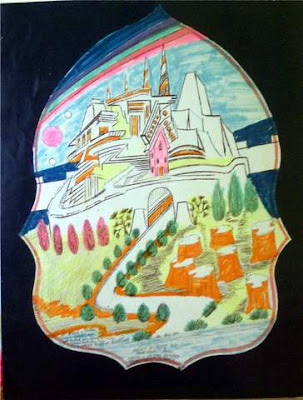 Posted by Tristan Eldritch at 10:53 AM