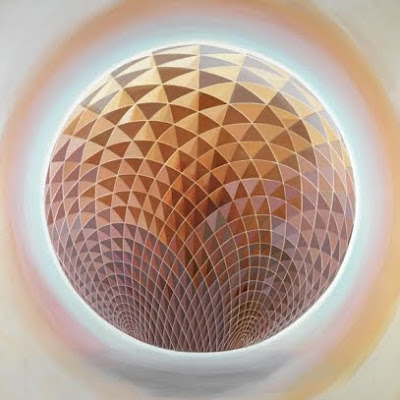 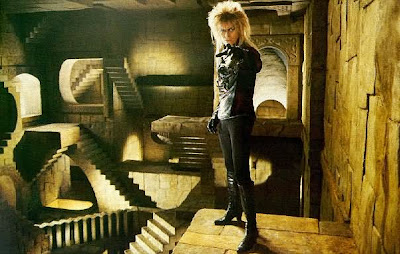 Bowie gestures to Einstein from the depths of Jungian Hyperspace.
Posted by Tristan Eldritch at 7:47 PM

Well, not gonna claim I followed everything but I think I got what you were getting at. That was probably one of the most eloquently put post I have read ever in my short time her as a fellow blogger, lol. I am into science and i am also into Magic and art is a big part of my personal magic and I both are two heads of the same dragon, and with quantum physics coming to the front, maybe the same.

Thanks for the kind words. What I was getting at the question at the end (albeit not phrased very clearly!)was whether art derives much of its ideas from science, or whether a particular underlying worldview and set of assumptions exists in each era, which produces similar ideas and motifs symultaneously in both the arts and sciences, without necessarily needing a direct line of influence from one to the other. (Which would add to a creative rather and receptive notion of how we construst realities.)Anyway, thanks again for dropping by!

I understood that. I was just coming in for a landing at a different angle, so to speak.

I am a self proclaimed magician and if you know that science/alchemy/religion/magic (real magic not illusionist bullshit) are all intertwined. I was thinking more also along the lines of how I believe that the expression of art (poetry painting etc) can create realities or open doors to other realities.

Comic book artist/writer Alan Moore on magic (but see I would tie quantum physics into what he said)
http://www.youtube.com/watch?v=zOw-oOiNvIY

Here is something to kinda prove your point, or atleast in the same vein of what you are saying..
It is a painting by Salvador Dali and the geometrical shape that he uses as Jesus cross has been used as the best 2 dimensional example of a 4 (not 3 but 4) dimensional object might look like.
http://blogs.discovery.com/.a/6a00d8341bf67c53ef010536f6dade970c-320wi

I plain on going through your site some more when I have some time. Plus i might just try and see if my son will watch Labyrinth with me. Been a while since i watched it. I always liked it but I also remember honestly being disturbed because a baby was involved in this movie.