I have started a new blog called Kirby Dots, here, which will deal with slightly less esoteric matters, mainly films.
The name Kirby Dots comes from a technique of the great comic book artist Jack Kirby to create cosmic scenes and explosive energy fields by means of an artful arrangement of dots, like so: 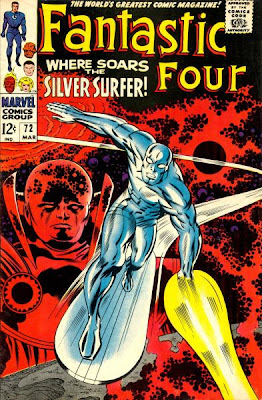 According to the venerable Wikipadia, without whom I sometimes suspect many of these things wouldn't even exist, these distinctive black dots are "typically found in illustrations of explosions, the blasts from ray guns, and outer space phenomena." Often imitated by other artists, they became known either as "Kirby dots" or "Kirby Krackle" (I went for dots over krackle because it sound less breakfast cereal-like.)

I'm aware that thats
a) pretty esoteric
b) not a particularly apt name for a blog thats mostly about films
but I don't care.

Read Kirby Dots now, or I'll send a potent hex through your computer screen which will turn your brain into a picture of James Blunt visiting sick children in a hospital.

Posted by Tristan Eldritch at 7:53 PM

Check it out on our page,