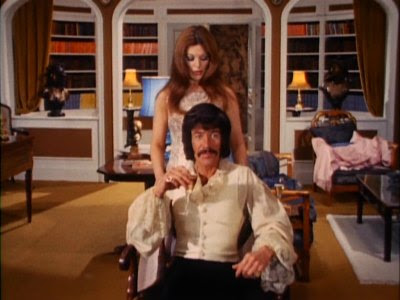 Tzadkiel and I have been spending an inordinate amount of time indoors of late, owing to a combination of the bitter cold, and an increasing fondness on both our parts for opium. Itching to engage in some field work, my familiar struck upon a novel notion. While visiting friends in , Tzadkiel had been acquainted with several technopagans, and learned a particular spell whereby the astral body could be miniaturised, and transferred into a digital format. This allowed the cutting age magus to traverse the byways of cyberspace in something akin to the immersive, bodiless fashion envisioned by William Gibson in Neuromancer, and had facilitated all manner of ritual magicks hitherto unimagined, as well as opportunities for high end information hacking and minor credit card fraud. Though generally used for occult practises of the utmost gravity, when it was discovered that the astral body could be sent via email, a form of etheric tourism evolved which some have labelled astral back-packing. This practise, needless to say, is remarkably cost effective, albeit not without some degree of peril. Witness the tragic example of local Peter Evans, goddess worshipper, part-time data entry clerk, and luckless exhauster of the arena of online dating. Peter’s astral body had been mistaken for spam in a cyber-café in , and promptly deleted to whatever chaotic limbo is the final resting place to all chain-letters, scams, and dubious purveyors of erection enhancing pharmacology and Rolex watches. God rest his soul, his curious tale is a timely warning to us all of the dangers inherent in adopting an avatar.

It was Tzadkiel’s conceit that we might utilise these techniques to embark upon a fieldtrip to Google Earth, in order to explore the recent rash of UFO sightings therein.

-Mebbe it’s all just glitches, or that pareidolia, but mebbe, just mebbe…..

My last escapade into the astral realm had been an unmitigated disaster. Back in 1976, I was the lead guitarist, lyricist, and occasional bassoon player with a Lovecraftian prog-rock group called the Great Old Ones. In January of ‘78, we scored an unlikely top 20 hit with the edited version of Cyclopean Masonry (Dripping with Slime.) (I have often suspected that this bizarre success was due to some illegal machination on the part of our manager Chas Hendricks; I always maintained that Chas was a dubious character, though in fairness, the sole reason for my suspicion was his popular and doubtless affectionate nickname “The Hoxton Nonce.”) We spent most of ’78 holed up in the notorious Cavendish Manner, situated near the picturesque village of Chenies, about twenty miles outside London. A mere three miles away stood the very cottage where the blind bard Milton completed his mighty theodicy Paradise Lost, and began its worthy appendage Paradise Regained. (The necessity for a sequel emerged when showed Paradise Lost to a trusted acquaintance, and received the stern rebuke: “There is much here of Lost….but what of Regained?”) Cavendish Manor itself was a place of extraordinary architectural and historical interest, containing upon its grounds a white garden, a sunken garden, and an extensive Physic garden comprising an immense variety of esoteric plants and herbs; the obligatory underground passages, a reconstructed penitential maze, and even a reputed “Priest’s Hole.” (I must confess that to this day I have no precise idea what kind of thing a “Priest’s Hole” really is. However, when discovered skulking about the grounds of Cavendish Manor, it was old, infallible joke to say that one was looking for the “Priest’s Hole”! Magical times.)

If the Manor were a person gifted with the faculty of cognisance and the ability to lift a pen, then it could have written a vast summa of scarcely credible anecdotes, such were the wild debauches that took place upon its environs, and the palpable air of legendry that hung like a dank and alluring stench about the place. In the early sixties, due largely to the dissipation of its erstwhile master the 2nd Earl of Amersham, the Manor had fallen into the hands of an amusement arcade entrepreneur called Ronnie Brixton, and his then partner Chas Hendrix, a little known skiffle impresario and all-around dabbler in unlikely money making ventures. What the pair initially used the Manor for is unknown, though there is much talk and innuendo. However, around ’64 or ’65, when London began palpably to “Swing”, it was well-known in certain circles that Ronnie and Chas were throwing frenetic sex parties in their posh gaff in the countryside. These early orgies were illicit and incongruous affairs, where crooked property tycoons and psychotic underworld figures rubbed shoulders with minor pop stars, where secretaries and typists cooed over actors, and a steady stream of “birds” were eagerly pursued, some winsome and youthful in the then-popular style of Twiggy, others, encapsulating the style which I have always found to predominate at organised sex parties, middle-aged, robbed of all illusion, and Rubenesque in proportion. I have myself betimes taken much comfort in these fleshy and gregarious creatures. 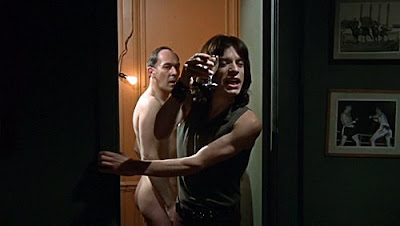 Where-ever the door is opened to pure sensation, its myriad forms soon follow in rapid succession. As the sixties progressed, Cavendish House became a kind of laboratory for the new hedonic technologies which were the printing press and telegraph- pole of that extraordinary decade. Soon the pungent aroma of marijuana became commonplace, and after that the befuddling sacrament of LSD. Black magicks of all kinds inevitably followed, and in its own strange macrocosmic way the Manor emulated the helter-skelter trajectory of the sixties to its own apocalyptic . Many believe that the events depicted in the 1970 film Performance were a mere fever dream of the counterculture; in actuality, they were directly based on shadowy events which occurred in the Manor in 1966. In September of that year, Brian Jones paid a two month visit, during which time he fell into the company of psychotic and charismatic hoodlum Chas “Bigs” . Other revellers described a peculiar symbiosis occurring between the virile thug and the androgynous mod: Chas wore a blood wig, and donned the imitable beads, stripes, and drainpipes of the Stone, while Jones took to wearing an undertaker’s suit, and speaking in the inelegant ergot of the working class hoodlum and fixer. It is suggested that they attempted astral projection, and stole Brian Jones’ body, strangling his own, which now contained Brian, and depositing the body in the elusive “Priest’s Hole.” was a marked man, having fled to the Manor to escape certain death at the hands of rival mobsters. Brian/Chas continued to play with the Stones for awhile, by virtue of the peculiar “memory” apparently possessed by the tissue and internal organs, as evidenced by various transplant recipients who have acquired miraculous musical talents. However, his abilities diminished fast; during the recording of You Can’t Always Get What you Want, Brian/Chas famously asked Jagger “What can I play?” to which Jagger responded “What can you play, Brain?”

In 1969, the 27 year old Stone was found dead at the bottom of his swimming pool at Cotchford Farm. The coroner said “death by misadventure”, others alleged suicide; those who had been at the Manor in 1966 whispered that the past of Chas “Bigs” has finally caught up with him. (In actuality, as unlikely as it may sound, the body-swapping of hardened hoodlums and sixties pop icons was more common than you might imagine. Many say that Paul McCarthy was never quite the same after his visit to the Manor, also in 1966. Indeed, I have reason to believe, over and the above the extraordinary mediocrity of Wings, that the Paul is Dead hypothesis is much, much more than a pothead conspiracy theory.)

By the time the Great Old Ones descended on Cavendish Manor, it had been staging its particular brand of madness for well over ten years. Alongside those like ourselves who merely sojourned at Cavendish, a sizable community had gradually come to live permanently there. They had gone native, so to speak. They had reached such pitches of ecstasy and unreality that they could no longer return to the grey patina of daylight reality. Like emaciated, sleep-deprived Peter Pans, they had plunged deeper into the schizophrenic realms of unfettered debauchery. Like all such people, they could occasionally resemble sages and the initiates of some higher truth; for the most part, however, they were the very gibbering and inchoate handmaidens of Luna. The singer Bryan Ferry was among their number at that time; clad in trademark tuxedo, he was said to have wondered the maze for a whole month on end, warbling erotic songs about valkyries and mermaids.

Thoroughly inoculated from the reproach of reason, the regulars had come to believe virtually every outré conjecture one could possibly entertain about an old house: that whole family trees were interred within its walls; that a myriad of ghosts walked its corridors, with the endless repetition of anachronistic habit and gesture which such creatures are said to possess; that a race of diminutive humans lived like mice in its nooks and crannies, staging daring midnight raids to steal victuals, and sometimes befriending imaginative little girls; that the very house itself possessed a soul, and the physical decay of the building mirrored the dissipation and decrepitude of their own spirits. I must confess that their madness was contagious. I myself witnessed the somnambulant peregrination of ghosts, and fancied they saw me also, perhaps as an exotic spectre impinging upon their own time. I conversed with the diminutive humans, and found them amiable in the main, albeit prone to prankishness, and a certain insular mentality, rather like the gypsies.

The Great Old Ones freak out the squares at Cavendish Manor:

Posted by Tristan Eldritch at 6:37 PM

Extraordinary recollections of an extraordinary time, although it might seem strange to some that one can remember anything about the 60's and 70's. Perhaps the LSD played a role along with the times themselves being so stimulating.

Very enjoyable reading presented in a vivid and colorful manner worthy of the subject matter.

The actor playing Ken Barlowe was once a serving druid. Is there a conspiracy underlying this? Tristan, I appeal to your knowledge of esoteria, do you know if Coronation Street is a portal for the black arts?

to michael garrett - thanks.
to timodonn - while the Ken Barlowe/Hawkwind connection is undoubtably an interesting footnote to the annuals of British psychelida, I suspect Coronation Street to be a portal to nothing more than commonplace nonsense.