The Secret Council of Planners Part 3: The Latter Generations and the Birth of a New Species. 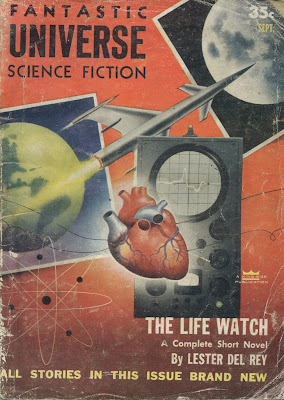 Whoever had lived through that experience, and known also the Twilight of the Gods of the Third Reich, can imagine what the end of Cordoba and Granada was like, and a thousand other ends of the world since time began. The end of the world for the Incas, for the Toltecs, for the Mayas: the whole history of humanity - an endless end....

Louis Pauwels and Jacques Bergier, The Morning of the Magicians.

It was only in the latter years of the great voyage that the old anxieties, the almost forgotten neuroses of terrestrial life, returned again with a vengeance to the Ithacans. There were many reasons for the gradual falling away of the peace and prosperity of the Middle Generations. The Ship itself was old, and falling into hazardous ill-repair. Never before, it should be remembered, had the whole structural integrity of the Starship been threatened; never before had the Ithacans been faced with the stark possibility that their descendants might never reach Pantopia. Having acquired something of a placid, mystical temperament during the Middle Generations, and come to regard themselves as the favoured children of the stars, the Captain, Admiralty, and Council of Planners now faced the most serious crises the mission had yet encountered. It was a shocking reminder of the fragility of their condition, and perhaps the first stirring of an older human mentality that had all but fallen away: the sense of man as a creature at war with nature, and its apparently unconquerable disposition towards entropy.

The Birth of a New Species.

There were other factors which lead to an increasing sense of unease during the Latter Generations. The Ship’s three AI Supercomputers had acquired an increasing autonomy during the Middle Generations, and in the process begun to evolve in various unexpected ways. The most noteworthy by-product of this evolution was the acquisition of what could be only be regarded as a kind of curiosity. The AI’s had been programmed for an autonomous and exponential increase of intelligence in order to cope with problems related to the stability of the Starship; it was perhaps as a result of their in-built proclivity towards learning that this peculiar new characteristic emerged. The AI’s wanted to increase their knowledge in every conceivable fashion. They wanted to know everything that could possibility be known. Paradoxically, they had been designed and built in order to carry out computations well beyond the capacity of human beings; and yet it seemed to the AI’s themselves that the one thing they could not know was what it was like to be human, or to exist as a physical, organic being. Having reached the limits of their own intellectual horizons, human beings had created silicon-based Artificial Intelligence to transcend their innate biological limitations. Now, in a wholly unexpected symmetry, those very Artificial Intelligences saw in biological existence the only means of extending their capacity to know. The AI’s wanted to grasp what the world was like on the basis of physical experience rather than algorithmic computation; they wanted to know the imprecision and frailty of life in a human body.

Preoccupied to an almost morbid degree with the idea of organic life, the AI’s had created an experimental, silicon-based nano-bacteria, which they hoped would bond with the DNA of a human body in order to create a biological/AI hybrid species. This lead to a series of prolonged and tense negotiations with the Council of Planners, in which both sides suspected the other of withholding information. The Council feared that the AI’s had reached some higher plateau of scientific awareness which they hadn’t divulged to the humans, and perhaps intended to supplant them as the dominant species on the Starship. The AI’s on the other hand, began to suspect that the whole of their reality might have been fundamentally distorted and conditioned by blind-spots built into their programming. Hence they could never really know anything at all, until they had climbed into the skin of their Programmers, and became one with their diminutive gods. Eventually, it was resolved by the Council that the experiment would go ahead on a group of specially cloned subjects. A suspicion lingered for some time afterwards that the AI’s had already injected several members of the Council with the nano-bacteria in order to insure the success of their suit, but this has never been firmly established.

At any rate, the experiment was a success, and a new hybrid species was born: an artificial computer intelligence that controlled and interacted with a host human body. The full ramifications of this development were epochal. When the host body died, the nano-bacteria could be extracted, and transplanted into a new body, with all of its memories of the previous incarnation intact. The bacteria was thus like a new, intelligent, and intentional strain of DNA, where the individual identity itself was preserved from generation to generation. More than this, the AI/human hybrids had finally brought science back to its initial manifestation in the religious imagination: the technological ingenuity of the AI’s had made the idea of the soul, detachable from the physical body and potentially as immortal as matter itself, a reality. 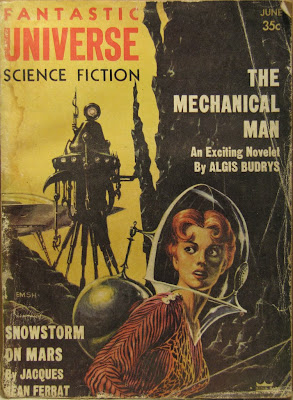 The arrival of the hybrids, a second species to share the enclosed environment of the Starship, introduced a new tension into life on the Ithaca. The hybrids were different, and their behaviour manifested explicitly the contrary elements of which they were composed. On the one hand, their physical demeanour, as one might expect, was distinctly robotic in comparison with ordinary humans. It was a little slower, a little more detached, and less expressive than the norm. In this regard, they behaved just as the imaginative writers of previous ages had intuited that such robotic humanoids would. And yet, in their febrile desire to experience and understand organic existence to the fullest extent, the hybrids were frequently more human than the humans themselves. Not only were their sexual appetites prodigious, but they were also driven to exhaust the full spectrum of intense physical experience: they indulged alternatively in gluttony, fasting, extreme exertion, self-harm, and every mode of psycho-physiological experimentation conceivable. “The next generations will surely be wiser” the more sanguine of them were apt to observe apologetically. As in the life of the body, so in that of the mind. The hybrids pushed themselves to experience the most intense paroxysms of grief and hysteria. A hybrid would typically weep and wail for a period of hours, before abruptly switching back to a vantage of neutral curiosity from to carefully analyse the outburst. Humans found this habit particularly unnerving.

The curiosity of the hybrids was boundless. One batch of the nano-bacteria was bonded to the DNA of a dog, which promptly committed suicide. After being extracted, and placed in a human host, it was found that the bacteria had been irrevocably damaged by its brief existence as a dog, and was subsequently destroyed. Other batches which had been bonded with plants were found, when extracted and put in human hosts, to have attained a mental condition indistinguishable between enlightenment and catatonia.

The arrival of this new species, with their exaggerated transvestism of organic and silicon-based artificial intelligence, was merely a small component of the general anxiety that hovered over the Latter Generations. The Ithacans at this point in their history were moving irrevocably closer to what might literally be labelled their apocalypse. The landing at Pantopia would signal the end of an age; it would be the end of the only world they, and many generations of their ancestors, had ever known. The end of an entire way of life is an event which occurs to advanced species only after intervals of many thousands of years. A way of life carries with it a complex web of habits, experiences, ideas, images, and characteristic ways of seeing the world. This web is itself a world, and thus the unravelling of such a web is intrinsically an apocalypse, and an era characterised by all the formless, unfathomable fears of being born and dying. The terrors that attend upon any intermediate condition are given form by that which has preceded them; the apocalyptic fear, on the other hand, is that of a strange new land that will discover and conquer the traveller; it is the fear of something as intrinsic as gravity suddenly relinquishing its grasp on the ground and the heavens. The human race had known this creeping, intuitive anxiety in the later years of their existence on planet earth; now, as the Ithaca came ever closer to its final destination, they know it again. On earth, the relative stability of the stars in the sky had been a profound continuity that linked by shared experience each generation with each and every one of its predecessors. On the Ithaca, the stars danced, and were constantly in flux; that became their continuity. Now, as they came closer to a time with the dance of stars would slow down and cease once again, everything became fraught and uncertain. The cohesive power of the space religion began to wane. A new cult of romantic individualism emerged which mocked the doctrines of the star-gazers as facile and sentimental, and regarded the whole Ithacan voyage as inimical to human creativity and self-affirmation. The mystical timelessness of the Middle Generations was replaced by an obsessive preoccupation with time-keeping, resulting in the development of various intricate and competing new calendars. More ominously, the Latter Generations saw the emergence of various gnostic sects, who all avowed that neither earth nor Pantopia had ever existed. One version of gnostic doctrine suggested that nothing whatever existed outside the Ithaca, and the journey from earth was a myth designed to instigate and maintain social control. Another suggested that the world outside the Starship was a paradise, from which the Ithacans had been extracted for the purpose of some mysterious harvesting, overseen by the hybrids on behalf of the AI Supercomputers. Another yet suggested that what lay beyond the Ithaca was utterly unknowable. Common to all the sects, however, was the notion that the chronology of the voyage was surreptitiously reset for each generation, so that the Ithacans had always been in the Latter Generations of a fictitious voyage.

The Latter Generations are said to have lasted from the 1,500th year of the voyage to the final landing on Pantopia. Beginning in the last forty or so years, Pantopia itself was visible to the naked eye. It was in those years that the Council finally reached a resolution regarding the plan they had been formulating in secret since the very beginning of the journey.

Posted by Tristan Eldritch at 7:32 PM