The Secret Council of Planners Part 2: The Middle Generations. 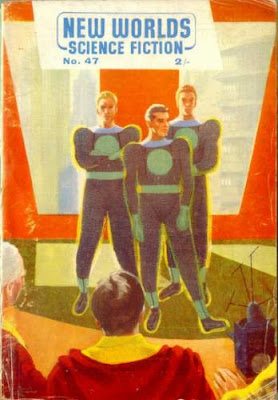 For the initial centuries, however, the Ithacans were still very much Earthlings. Their biology remained firmly rooted in the circadian rhythm of earth’s solar orbit. Down in the deeper strata of ancestral memory, it still intuitively felt the tilt of the earth’s axis to its orbital plane, and their dreams bore obscure witness to the advent of passing equinoxes and solstices, to the intimate awareness of seasonal rhythm which their distant, pre-industrial ancestors had known. They still conceptualized space in terms of a solid earth beneath their feet, and a vaulted sky stretching above it, with spectral stars and satellites ceaselessly tracing its parabola. Earth dominated their imaginations. When they dreamed, they were always back on earth, and Starship dreams were such a rare occurrence that people accorded them a superstitious significance. The art of this period was almost exclusively concerned with life on planet earth. A new naturalism was born in the visual arts, as painters and sculptors sought to recapture the lost world with the utmost verisimilitude. What had formerly been the everyday on earth was now the otherworldly, the unattainably transcendent, on the Ithaca. Literature too was predominantly backward looking: various novels and plays hypothesized the painful destinies of those who had been left behind, while others eulogized the dead planet with vulgar sentiment, and lacerated humanity for its sad demise.

A certain malaise of unhealthy nostalgia was evident in every aspect of Starship life. Those who had not become embroiled in the “rubber” epidemic, or carried away in the swelter of violent passion engendered by the early cults of irrationalism, gathered frequently in the eerie darkness of the Ithacan Gardens. There, amid the collected and artificially preserved flora and fauna of their erstwhile home planet, they sat in racially segregated groups exchanging memories of their former lives. To the Council of Planners, ever distant and watchful, it seemed as though humanity might never really leave the terrestrial womb, or ever outgrow its prolonged and tumultuous growing pangs. But time passed, as it always will. Men and women died, and their ashes were cast into the space between the dancing stars. Children too were born to replenish the small stock of survivors. Slowly, the number of the first Ithacans dwindled, down to a hundred, to twenty, and then to the last handful who had actually lived on planet earth. Then, they too passed away, and their ashes were cast into the space between the dancing stars. 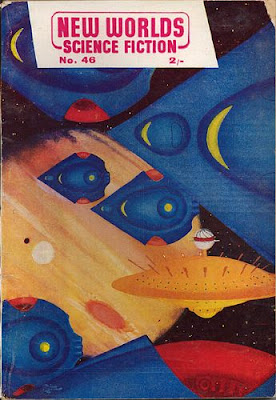 It was some five hundred years into the voyage before the proper beginning of that prolonged period of prosperity and serenity which we call the Middle Generations. The first Starship-born Ithacans inherited the nostalgia and disquiet of their parents. In many respects, it was more severe in the succeeding generations; they blamed their parents and grandparents for the destruction of the earth, and envisioned themselves as wholly blameless exiles. Things, however, were steadily changing. The epiphanies continued to occur on the observations decks, and in time their frequency and intensity increased. The early star gazers, impressed by the essential similarity of the epiphany in each person who experienced it, formed a small group akin to a secular religious order. They met frequently on the decks to discuss what they perceived as a fundamental shift in their attitude towards themselves and their environment. The star gazers were slowly acquiring a new sense of the cosmos, whereby many of the old distinctions which had caused so much dissension and consternation in the past seemed to fall away. They believed that the universe possessed life, and intelligence, and purpose, but by no means in the old way which measured those concepts only as they related to conscious human experience. Human self-consciousness, they reasoned, was itself only an aspect of the total human phenomenon. This phenomenon they regarded as a highly organised structure which contained consciousness merely as one among many differing modes. Consciousness abrogated itself as the primary, defining aspect of this structure, merely by virtue of the fact that it was the only one of those modes endowed with either the inclination or inherent ability to do so. Instead of defining the entire structure, consciousness interfaced with various sub-, non-, and supra-conscious modes, many of which contained a superior innate intelligence to that of consciousness itself. In this sense, the Ithacan star gazers no longer drew a conceptual barrier between that which was alive, intelligent, and purposive, and that which possessed no active, volitional consciousness of itself as such. In so far they recognised in themselves higher modes of organisation that were entirely non-conscious or mechanical in nature, they saw something of themselves in the universe, and of the universe in themselves. And in so far as that part of themselves which was conscious was composed of the same molecular and sub-atomic matter as the stars, and by no means logically or conceptually separable from the rest of the cosmos, they saw the universe itself has being conscious through them, no more or less than the spongy, furrowed tissue of their brains were. These things were intimated to the Ithacans as they lay in deep trace on the observation decks, drifting deeper into and out of themselves as the stars eddied and flowed past the Ithaca.

It is not possible to tell now whether all the star-gazers had the same experience, or whether certain charismatic proselytizers of the epiphany influenced and contaminated subsequent experiencers. What mattered was the Starship had finally begun to develop its own distinct and unifying belief system, a new religion of the stars and the cosmos, of man and the universe; a new awakening of the old Hermetic doctrine of the mirror of microcosm and macrocosm. Religion was perhaps an inexact term for the new belief, since it held that the religious and the scientific were merely dialectical linguistic states that described essentially the same thing. The ultimate effect of the movement, whatever its nature, was to finally begin to untether the crew of the Ithaca from the long spell of solar-based, planetary existence. In time, a generation was born in whom the ancestral memory of terrestrial life had grown very dim indeed. They were born without any baggage or burden of inherited guilt, and rather felt themselves extraordinarily fortunate to have survived, to be alive at all, and to bear the responsibility of maintaining the germ of human sentience for subsequent generations. Alongside this new buoyancy, changes were occurring in the human mentality with an extraordinary rapidly. The old concepts of racial and class consciousness became exotic specimens for the attention of the anthropologist and historian, as a strong communal, crew-based ethos took hold. Indeed, prolonged Starship life had the effect of dampening the drive towards individualism and competition which had been so instrumental in guiding human evolution on earth. Instead, what the Starship did was present in stark terms what had been true all along: that the human enterprise was entirely a communal one, whose survival in the long term required a co-operative rather than competitive societal structure. This should have been obvious, perhaps, but the terrestrial environment had appeared so apparently boundless, so seemingly self-sufficient, that the human race had always envisioned itself as men idling and scheming on dry land, rather than as crewmen bound to the fortune of their vessel, and set in common effort against the vicissitudes of the sea. Now at last, in the Middle Generations of the Ithacan voyage, the last remnants of the human race became a closely knit, cohesive tribe. As in the cosmic religion, where consciousness was neither subsumed by the vastness of the physical universe, nor the physical universe moulded to fit the confines of consciousness, the Ithacan tribe neither overwhelmed the individual, nor the individual the tribe.

These were, truly, the greatest years of the voyage. Advances in technology meant that the Ithacans had more free-time than ever before. Their very concept of time was itself slowly adjusting to life in Interstellar space. The Ithacans were alerted to their work shifts by means of buzzers that they wore on their wrists. While working, they were aware of quantified, divisible time only as it related to the necessity to do certain things before a certain time elapsed. Outside of the necessities imposed by work, however, clock time vanished altogether for the Ithacans. Time felt boundless, undifferentiated, mesmerizing, and voluptuous. With their increasingly mystical temperament, the Ithacan could stare at his hand for a period of hours without noticing the time pass. Social encounters were always left to chance, for absolutely no one could be relied upon to keep an engagement. As generations passed, the Ithacans had lost their natural diurnality, often staying awake and active for periods of days at a time. In a peculiar way, this reorientation of subjective time, coupled, no doubt, with a general sense of well-being, eventually began to manifest itself in the biology of the Ithacans, slowing down senescence, and greatly extending life-expectancy and mental and physical acuity in later life.

As this new sense of boundless time opened up before the Middle Ithacans, stretching around them in all directions like the vast darkness between the stars, it must have felt as though they had found again the hallowed Golden Age, the time of abundance, completion, and serenity. The arrow of time seemed to slow down, and stall altogether in their subjective, indivisible models of eternity; they spoke of growing younger, and felt that only the Starship itself went forward, and even that only in spaces so vast that they obliterated all sense of momentum. They must have thought that these things, too, would never end. But time passed, as it always will. The first of the Middle Ithacans passed way, and their ashes were cast into the space between the dancing stars. Generations followed, and in time the Starship itself was palpably older, and closer by far to the end than the beginning.

Posted by Tristan Eldritch at 7:20 PM