"CALL IT ANYTHIN' ": Miles Davis Plays Mutant Jazz at the Isle of Wight. 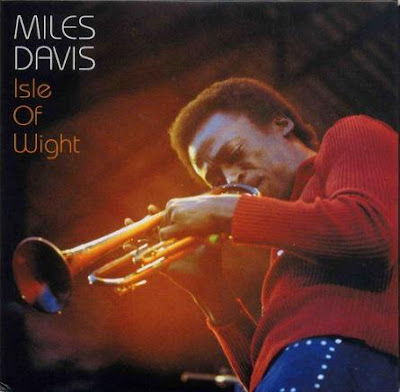 On Saturday the 29th of August, 1970, following performances by Joni Mitchell and a crowd-pleasing turn by the eccentric falsetto-crooner Tiny Tim, Miles Davis took the stage at the Isle of Wight and delivered about 40 minutes of undiluted heavyosity to the 600,000 strong crowd. When a square later inquired what the name of the piece was, the legend has it that Davis curtly replied "call it anythin". Like much of Davis' fusion period output, the music is harsh and trying at times, but it is also a bracing, fascinating, scintillating live performance, with hypnotically committed contributions from the band, and a typically commanding, intimidatingly cool presence from their iconic leader. It is the largest audience a jazz musician has ever played to, and the footage is shot my Murray Learner:

Posted by Tristan Eldritch at 2:56 PM