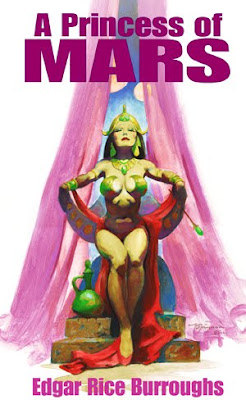 Ray Palmer and the Coming of the Fans.

One of Gernsback’s major innovations while publisher of Amazing Stories was his decision to print reader’s letters along with their names and addresses. From its very outset, science fiction had ardent, obsessive fans – pulp Platonists who lived much of their lives in the exotic, imaginary realms conjured up by science fiction and fantasy. The letters page created an interactive culture between the writers, editors, and consumers of pulp fiction, and made a cohesive community out of the fans themselves. They began to correspond, and tentatively form fan clubs. On December 11, 1929, a group called the Scienceers became the first of these groups to meet face to face in an apartment in Harlem. A new cultural mutation – SF fandom - was born, and other groups rapidly sprang up, including the Los Angeles Science Fantasy Society (1934 – present), the National Fantasy Fan Federation (1934 – present), and the left-leaning, New York based Futurians (1937 – 1945.)

Once again, Gernsback had created a network of outsiders whose peculiar, subterranean passion contained the seeds of the future. While television didn’t take long to catch on, science fiction fandom had a longer road to take to become a dominant force in mainstream culture. That first generation of fans who met in the dimness of their parent’s basements contained a large percentage of nowhere people – losers, outsiders, essentially cultural gnostics who sought an escape from the grim realities of American life during the Depression. We call them geeks today, but back then, a geek was the very lowest stratum of the entertainment industry – a variety of fairground wildman who bit the heads off live chickens, and performed various other morbid spectacles, often for a wage of raw alcohol. The sci-fi fans were a marginal but resilient group; against all evolutionary odds, they survived and passed on their genes, through the kids who wrote letters to Stan and Jack in the early sixties, through Trekkies and tabletop role-play gamers in the 70s, right up to the multi-million dollar annual geek-Vegas of Comic-Con today. The instigators of SF fandom could scarcely have imagined a time when the all-powerful computers that science fiction dreamt of would become a reality, and gradually begin to re-wire the world’s neural pathways, making all of us, to a greater or lesser degree, geeks and fans. 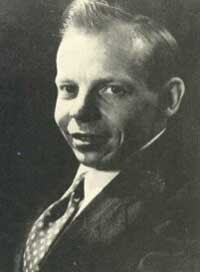 Raymond Arthur Palmer was a quintessential SF fan and pulp gnostic. Born in Milwaukee, Wisconsin, on August 1, 1910, Palmer was hit by truck at age seven, resulting in a broken back. Unlike Marvel Comics’ Matt Murdock, he wasn’t transformed into a superhero; instead, a failed spinal graft two years later left him a hunchback who would never grow above four feet. In this sense, Palmer conformed to a common archetype of the pulp world: an invalid child who becomes a voracious reader, particularly prone to the escapism offered by more exotic varieties of fantastic literature. (This is a strikingly common pattern in the history of weird fiction. H.P. Lovecraft barely attended school as child, owing to variety of illnesses which are believed to have been largely psychosomatic in origin. Similarly, Clark Ashton Smith suffered from various psychological disorders in his youth, including a morbid fear of crowds, and never attended high school.) Once again, the Red Planet was the catalyst: Palmer was turned on to science fiction by Edgar Rice Burroughs’ A Princess of Mars, and was a devoted reader of Amazing Tales from the first issue. 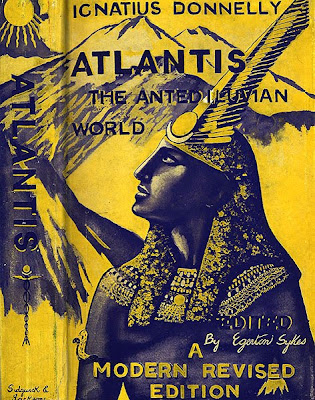 By 1938, Palmer had risen through the ranks of fandom, and was editing Amazing Tales himself. Amazing was in the doldrums when Palmer inherited it; in 1929, Gernsback had lost control of the magazine, and its ownership had passed over to Ziff-Davis. Palmer succeeded in increasing circulation, but the content of the magazine was held in low esteem by SF aficionados. (Writer Lester Ray described the Amazing house style as “Keep the story moving; if the action falters, drop an anvil from the sky and see what happens.”) Indeed, Palmer’s tenure on Amazing Tales might scarcely be remembered today, were it not for a controversial creative partnership he developed with a very strange man indeed. The affair which has come to be known as the Shaver Mystery begins in September, 1943, when Ray Palmer asked his associate editor Howard Browne to read a letter that had arrived in the mail. The letter was from a man who claimed to have discovered an antediluvian alphabet, which contained the “root words” of all known terrestrial languages. He called the alphabet Mantong, and the letter read as follows:

It is an immensely important find, suggesting the god legends have a base in some wiser race than modern man; but to understand it takes a good head as it contains multi-thoughts like many puns on the same subject. It is too deep for ordinary man – who thinks it is a mistake. A little study reveals ancient words in English occurring many times. It should be saved and placed in wise hands. I can’t, will you? It really has an immense significance, and will perhaps put me right in your thoughts again if you will really understand this. I need a little encouragement.

Browne promptly threw the letter in the bin, muttering something about “crackpots”. Palmer, however, wasn’t so sure; perhaps he intuited the fall of a profound anvil from the skies. After performing some rudimentary tests with a dictionary, Palmer was satisfied that the mysterious letter-writer might actually be on to something. Well, at any rate, satisfied enough to print letter and alphabet in the next edition of Amazing Tales. The following is the Mantong alphabet; I leave it to the reader to perform their own experiments, and draw their own conclusions:

A – is for Animal

D – is the harmful energy (Dero) generated by the sun.

J – is the same as G, Generate

K – means Kinetic, as in Motion or Energy

N – means Child, as in Ninny

T – is the beneficial force, the opposite of d

Z – means Zero, or when d and t cancel each other out

The alphabet proved a minor sensation with the readers of Amazing; some claimed that they had checked Mantong against a variety of foreign languages, and found that it could correctly predict the meaning of most words! Palmer, sensing a circulation boaster, wrote the man back asking how he had discovered Mantong. A genuine anvil dropped through the mail in response: a massive, 10,000-word document portentously titled A Warning to Future Man. The Warning contained an alternative cosmology and physics, an alternative history of the planet earth, and a contemporary mythos of nefarious, technologically advanced beings who live in caverns deep underground. It was the work of one Richard Sharpe Shaver. According to his own testimony, Shaver had walked the same path as most men throughout his life, until a fateful day in Detroit in 1932. He was using a welding gun in the auto plant where he worked, when suddenly the gun ,“by some freak of its coil’s field atunements”, began to allow him to read the minds of his co-workers. Worse was to follow: he became aware of a torture session being conducted by fell entities deep underground. This was the beginning of Richard Shaver’s initiation into the chthonic mysteries of the Cavern World.

Posted by Tristan Eldritch at 4:35 PM