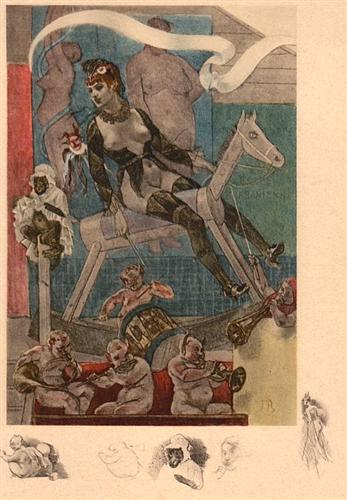 Born in the Belgian city of Namur in 1833, Felicien Rops was a quintessential artist of the Decadent/Symbolist era.  Rops' work encapsulates many of the characteristic preoccupations of the bohemian fin de siecle, also apparent in the poems of Baudelaire and the incomparable novels of JK Huysmans: a confluence of morbid, erotic, religious, and Satanic imagery, expressing a sense of rebellious transgression, underscored perhaps by disgust, and a not quite vanquished Medieval fear of perdition.  In his review of A rebours, Barbey d'Aurevilly famously commented: "After Les Fleurs du mal I told Baudelaire it only remains for you to choose between the muzzle of the pistol and the foot of the Cross.  But will the author of A rebours make the same choice?"  The transgressions of the Decadents were no small thing, in the context of their era. 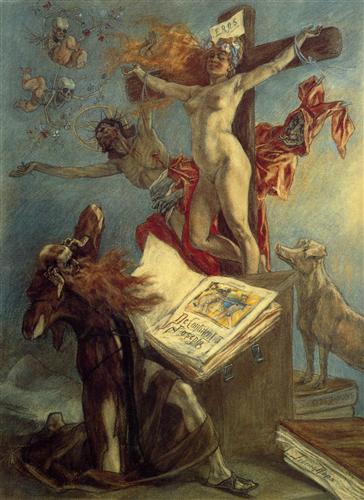 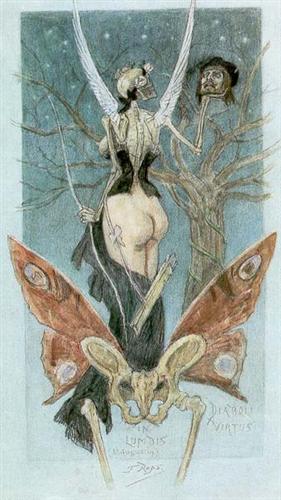 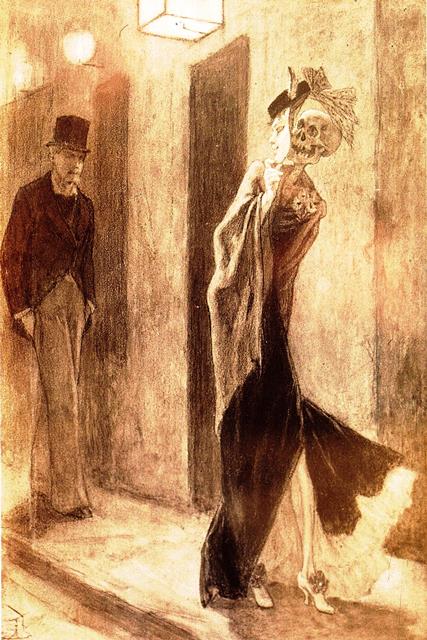 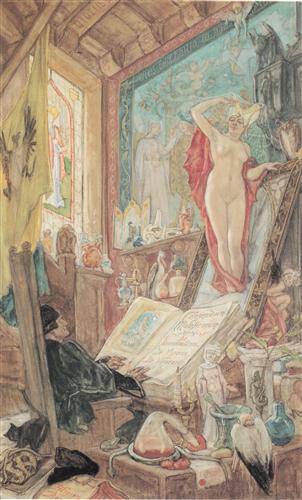 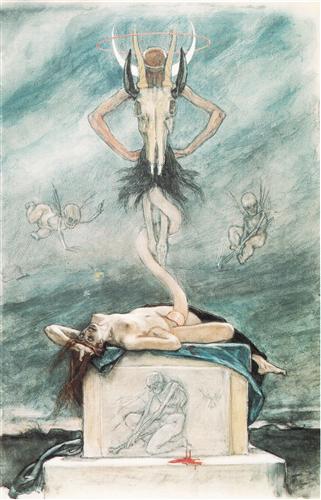 Perhaps one of the joys of Rops' work, which frequently veers into outright pornography, is its lack of subtly.  In tracing the intertwined complexes of religion, death, and forbidden sexuality, Rops goes for the jugular, and gets to the heart of the matter with almost comic gusto and directness.  Why not?  Sex and death can be expounded upon with great subtly after the fact, but they are both more frequently overt and direct in their operations.   As in later occult-influenced artists like Marjorie Cameron and Rosaleen Norton, Rops' work conveys the sense of an uncensored glimpse into the recesses of a collective imagination still dominated by Catholicism, and its heady association of unfettered sexuality with the demoniac or Satanic.  This idea reaches its apotheosis in The Satanic Cavalry (1882), a work so ebulliently transgressive it renders much of the later iconography of heavy metal tame and superfluous: 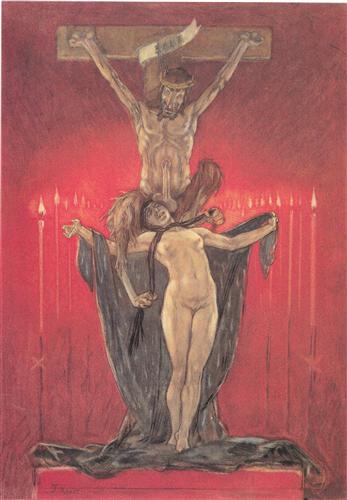 Not sure what old Barbey d'Aurevilly thought of The Satanic Calvary, but I'm guessing he would have told Felicien Rops just to go straight for the muzzle of the pistol.

Posted by Tristan Eldritch at 3:32 PM