Shakespeare in the Alley: Bob Dylan Through the Lens of Barry Feinstein. 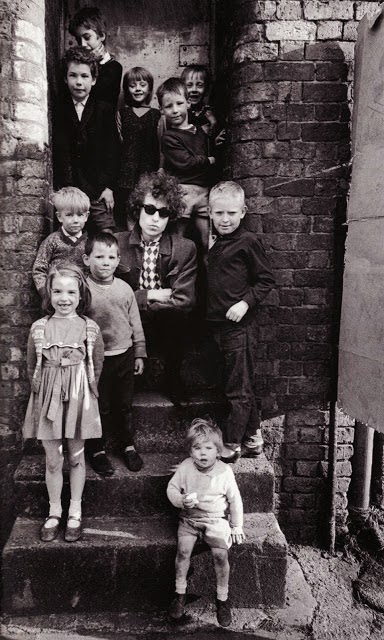 Barry Feinstein's photographs of Bob Dylan's legendary '66 tour of England contain some of the most indelible images of rock celebrity ever captured on film.  Along with the D.A. Pennebaker-shot documentaries Dont Look Back and Eat the Document, they record the swirling, Fellini-esque chaos that produced Dylan's greatest albums - and fried his gourd enough to drive him into the arms of country music and semi-seclusion for the rest of the 60s.  These shots of the hipster bard hanging out (on the streets of Manchester?) with some adorable scamps are a particular joy to behold: 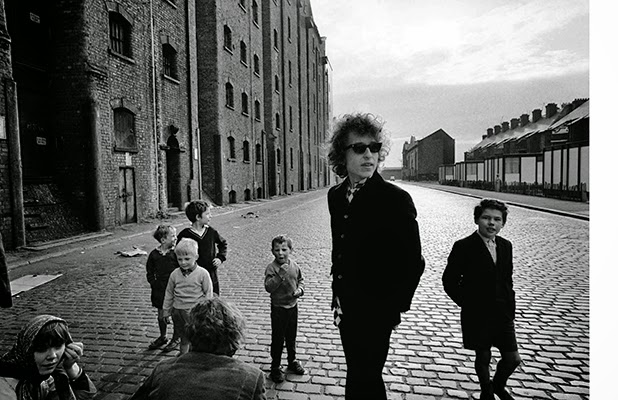 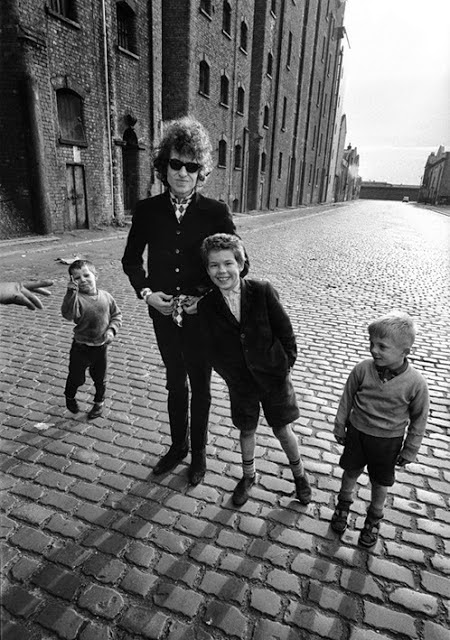 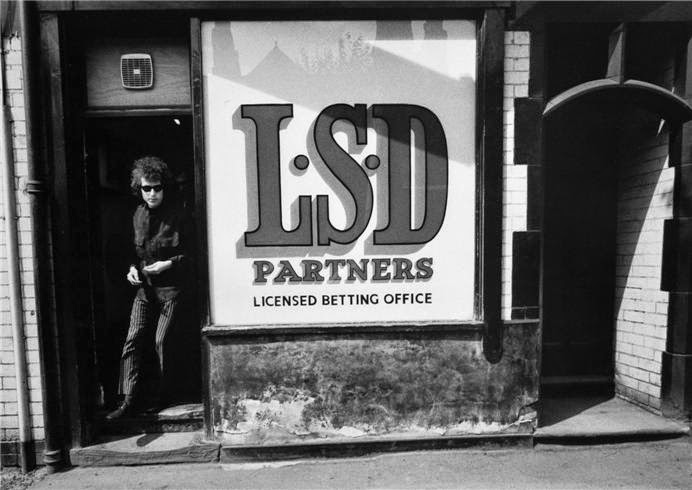 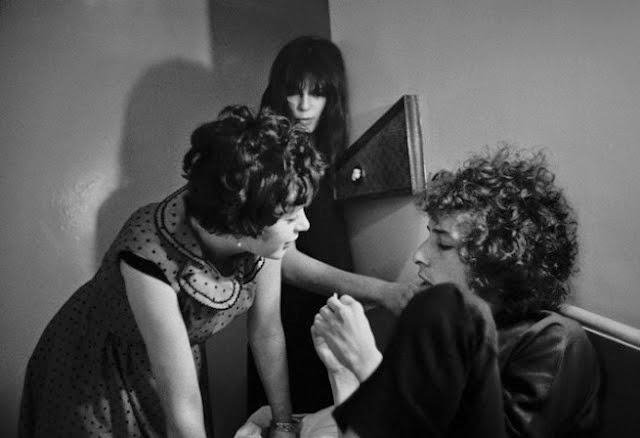 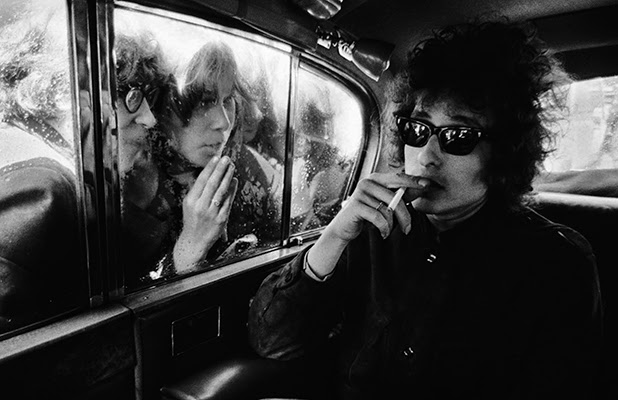 Images found at Ananas a Miami, Nothing Seems as Pretty as the Past, and lidmagazine.
Posted by Tristan Eldritch at 2:28 PM