Adventures in the Land of the Good Groove: Pre-Chic and Solo Nile Rodgers. 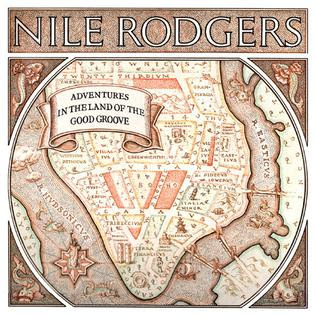 Who doesn't love Nile Rodgers nowadays?  Nobody I'd like to meet.  The legendary producer, arranger, song-writer and genius rhythm guitar player has seen his distinctive style explode back into the popular consciousness this year via collaboration with Daft Punk on their controversial "back to real music" opus Random Access Memories.  Rodgers is particularly lionized by guitar players - Johnny Marr named his son after him - and as a somewhat modest strummer myself, he's always been a huge personal hero.  Random Access Memories and Get Lucky inspired me to scour youtube for some lesser known gems from the great man.  Before they became Chic, Rodgers, bass player Bernard Edwards and the nucleus of Chic were called (somewhat less promisingly) the Big Apple Band.  Here's a clip of them performing a super-tight and funky cover of the Bee Gee's You Should be Dancing:

Rodgers will always best known as a collaborator - whether with Chic or the multitude of artists for which he has produced and written iconic songs with.  He never found the same level of success as a solo artist (producing four solo albums in the 80s and 90s), so most of that stuff is not well-known today.  Which is a shame, because some of it is pretty damn good, particularly 1983's Adventures in the Land of the Good Groove, released while Rodgers was collaborating with Bowie on Let's Dance.  The solo stuff doesn't have the immediate melodic and euphoric rush of Chic, but given a few listens, the grooves are just as indelible and beautifully crafted:

The next track - Yum Yum - is completely stuck in my head.  The lyrics are admittedly not profound, and not hugely PC either, but it should be borne in mind that this is a man who spent much of the latter 70s hanging out in the ladies rest rooms of Studio 54:

And finally, here's a track with a spidery, arpeggio riff which I suspect might have been a particularly big influence on Johnny Marr's Smiths-era guitar style:

Posted by Tristan Eldritch at 7:19 PM