The Cinematic Sound of David Axelrod. 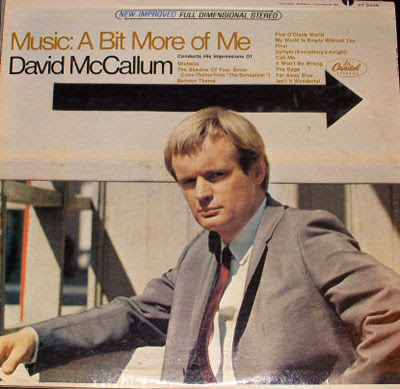 The actor David McCallum was 78 yesterday. I only bring this up because I’d been planning to post something tangentially McCallum related. McCallum is primarily remembered today for his role as enigmatic Russian agent Illya Kuryakin in The Man from U.N.C.L.E., a role that made him something of a Beatle-era heartthrob. (McCallum’s sex appeal thawed the Cold War sufficiently to produce the novelty record Love Ya Illya by Angela and the Fans, a big hit on the British pirate radio scene.) 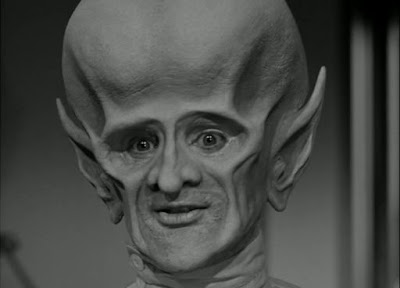 An early role for McCallum in a classic episode of The Outer Limits.

To those of us of the eldritch persuasive, McCallum is probably best remembered as the taciturn interdimensional operative Steel in ITV’s eerie sci-fi classic Sapphire and Steel:

What is less well-known about McCallum today is that, like many television stars of the day, he also enjoyed a brief cash-in recording career, producing four Gold records for Capitol in the sixties. While the sleeve notes would boast about the wild success of the “McCallum Sound”, some of these instrumental recordings sound suspiciously brilliant to be the work of a moonlighting television actor:

In fact, the “McCallum Sound” was really the invention of an extraordinary composer/arranger, producer, and A&R man named David Axelrod: 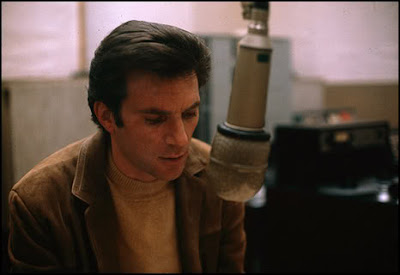 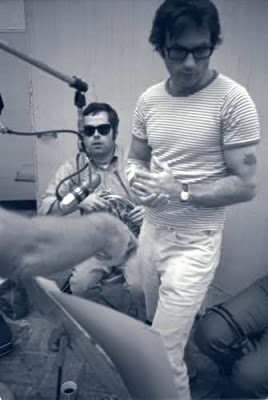 Axelrod’s sound is distinctive: lushly orchestrated, dramatic, and heavily evocative of American urban crime cinema of the sixties and seventies, of the era of Bullitt, Dirty Harry, and the Blaxploitation craze of the mid-seventies. Here are some examples from Songs of Innocence and Songs of Experience, a couple of solo Axelrod records inspired by the poetry of William Blake; I have printed the texts of the poems alongside the videos, and leave it to the reader to decide what connection, if any, exists between the two.

Is this a holy thing to see
In a rich and fruitful land,
Babes reduced to misery,
Fed with cold and usurous hand?

Is that trembling cry a song?
Can it be a song of joy?
And so many children poor?
It is a land of poverty!

And their sun does never shine,
And their fields are bleak and bare,
And their ways are filled with thorns:
It is eternal winter there.

For where'er the sun does shine,
And where'er the rain does fall,
Babes should never hunger there,
Nor poverty the mind appall.

Little Fly,
Thy summer’s play
My thoughtless hand
Has brushed away.

For I dance,
And drink, and sing,
Till some blind hand
Shall brush my wing. 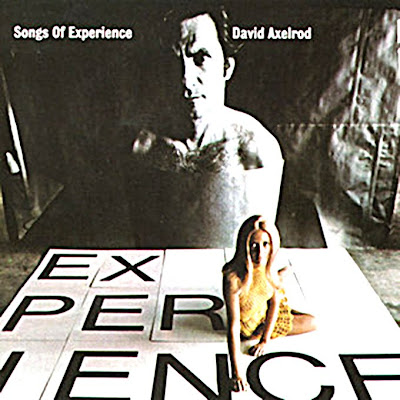 Posted by Tristan Eldritch at 1:38 PM