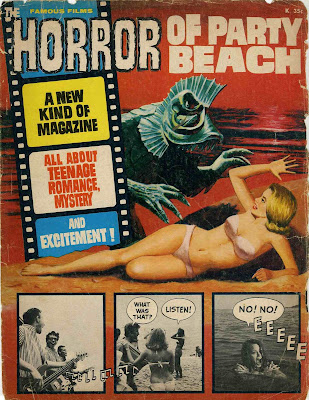 Well, that old show, whatever the hell it was, got stuck in my head. I really should have been thinking about other things. I needed something to sell, and I needed it badly. A couple of decades of steady marijuana use does wonders for your creativity – but precious little for your ability to focus on one thing at a time. I was in dire straits. Things were so serious that my agent Pete Bishop and I spent an afternoon discussing the possibility of faking my own death in order to increase book sales. Pete figured that the only parapolitical authors who sold books in any substantial quantity were the ones who’d died under mysterious circumstances. “Like who?” I says.

“Wait a minute. Wait a minute now. What was mysterious about that? He had a heart attack, right?

“Well, that’s what the coroner said….but Richard was in the prime of his life…”

“Wasn’t he nicknamed the “Walking Heart Attack” by his buddies for about ten years? And “Cholesterol Canyon”?

“Well, as far as the Alcroft readership is concerned, he died because he got too close to the truth.”

“He died because he got too close to the cheesecake, more like.”

Anyway, we got into a whole routine about how I was going to fake my death. Pete would set it up on his blog. He’d start dropping hints about how I was “onto something big.” He’d say some of my old buddies from the AFOSI were crawling out the woodwork, calling me frantically at all hours of the night. We’d get a buzz of anticipation going among the online freak community, and then BANG! I’d be found dead, apparently a suicide.

“You somehow manage to “shot yourself” three times in the head!” Pete says.

“Yeah, and a relative discovers a receipt in my pocket for a gym membership that I’d renewed that very day.”

“Then all you’d have to do is lie low for awhile. All the original printings of your books would skyrocket in value, become like collector’s items. Then Grassy Knolledge Press would print off a bunch of new editions. You’d be able to buy the boat, man, and just slide off the map…”

Then we fell silent for a while.

“You know” I says “just because Fear Of Unearthly Disclosure is retailing at 300 bucks a pop, doesn’t mean anyone’s actually buying the fucker…”

It was getting bright out. I cleaned up all the roaches and cans, and grabbed a sleeping bag for Pete. This was an old routine with me and Pete – we’d sit up half the night hatching some plan, half-serious, half putting ourselves on. Then it would be morning, and we’d be no nearer to getting anything done. Sometimes I wish I’d been more practical in my youth, so I could afford to be as impractical as I am today. But so it goes. 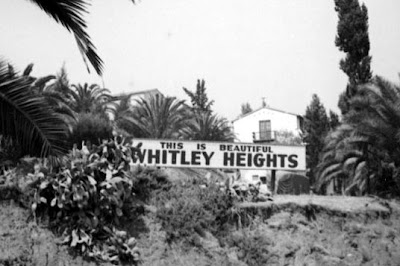 Anyway, that show was stuck in my head, so a day or too later I dropped Lucas at school, and took a trip out to Whitley Heights to visit an old acquaintance of mine called Merrill Trentwood. Now most people I know have some interest or hobby that becomes a kind of obsession, an all-consuming passion. Merrill’s happened to be men in rubber suits. Let me clarify that before anybody gets alarmed. Merrill Trentwood is probably the country’s biggest expert in the history and culture of vintage fantastic cinema. He is a historian, archivist, and monomaniacal champion of the Golden Age of horror, sci-fi, and fantasy pictures – which in his view extended from the thirties up the middle of the sixties, when the rot finally started to set in.

Now Merrill was quite obviously a well-to do fella, and nobody really knew where his money came from. I heard he’d done a couple of tours in Vietnam, and spent a while in advertising during the Nixon years, but that was about all anybody really knew about him. His whole life seemed to have been sublimated to the goal of preserving the gods and monsters of a by-gone era, to maintaining the receding magic of his own boyhood, and a time when the country itself felt palpably younger. His only family seemed to consist of the small clique of fellow connoisseurs who shared his obsession, and the steadily declining pantheon of still extant directors, actors, make-up artists, model-makers, and matte painters who had participated in the initial creation of those flickering celluloid visions. 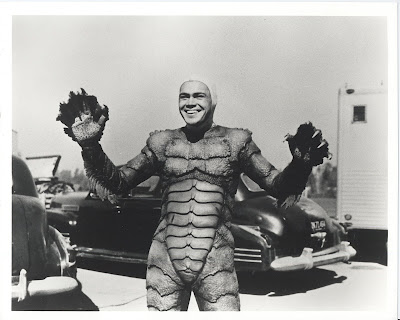 Merrill had written more extensively, and more poignantly, about the men who had elected to become our monsters than anyone else in the country. He had documented the hours they spent at the hands of make-up and costume people, becoming strange hybrids of the everyday and the otherworldly, slowly morphing blue-collar theriantropes smoking cigarettes and waiting for their final disappearance behind masks that would become either iconic or utterly forgotten. “Nobody remembers the human faces of the actors” Merrill wrote “or even knew them to begin with. Theirs was the paradoxical destiny of being anonymous stars in the heyday of the moving image.” Merrill must have seen some reflection of himself in the Gillman and all those other creatures: some mythic projection of defeated men like himself who had sought to retreat from the American dream of aggressive predominance, and only wanted to be left alone in the security of their watery lairs to watch and dream away the wider world around them.

Ultimately though, the real nature of his passion was a retreat from the passage of time, a process which he associated with the erosion of belief. The unabashedly artificial characteristics of old Hollywood pictures, including the heightened, dreamlike lustre of Technicolor, the melodramatic and declamatory dialogue, the haunted backlots and matte landscapes, all reflected a culture with a massive capacity for belief. It was a culture for whom a belief in all kinds of things came naturally – they believed all the booming voices that were emerging ghostlike out of the spectral grid of antennas and receivers which seemed to have sprouted overnight like an exotic vegetation across the nation. The voices of preachers, matinee actors, news anchors, and ardent proselytisers of detergents were beaming across space and time through strange new etheric mediums, being magically disintegrated and resembled like Jim Kirk and his crew in the later years of the sixties, into homes and minds with the power of a vast incantation. And in the bounteous energy and naivety of a young nation, they believed them, just as they believed in their own voices. “They only started making realistic pictures when people began to lose the capacity to believe” Merrill said to me once, in one of his typically morose and nostalgic rants.

As an extension of this desire to arrest the passage of time, his house, 6623 Whitley Terrace, was itself a piece of history, whose tomblike ambience Merrill had preserved and augmented. It was a place of profound legendry and ill-repute in the gossip-ridden annuals of Old Hollywood. In the thirties, the property had belonged to Gertha Von Stroinheim, a former Weimar Goddess and star of several noir-themed B-pictures in America. Kenneth Anger devotes several chapters of Hollywood Babylon to detailing the crowded, sybaritic orgies and strange séances that took place under Von Stroinheim’s tutelage. The comedian Buster Lambchops was a regular, apparently indulging his penchant for dressing prostitutes of both genders in castoffs from Egyptian pictures, and arranging them in tableaus inspired by the funerary steles of the Fourth Dynasty. The British character actor George Zucco was alleged to have spent a weekend in the mansion, immediately prior to surfacing in a mental hospital in Cincinnati, Ohio, raving that he was being stalked by the “Great God Cthulhu”. The morbid extravagances of 6623 all came to an infamous conclusion in ’41, when an aspiring young actor was found dead; according to the legend, with an exquisitely crafted Art-Deco dildo, a gift from Valentino, stuffed down his throat.

Merrill acquired the place in the early eighties, and had gradually filled it with his own trove of fading memories and artefacts: every wall had a poster depicting some lurid Caliban crawling out of the Atomic imagination; standees stood in alcoves like suits of one-dimensional cardboard armour; glass display cases housed miniature flying saucers and Greek monsters from old Harryhausen pictures. To be honest, I didn’t always like being in the place.

I knew Merrill from back in the magazine days. I used to write stuff, mostly obits, for The Monsters of Movieland!, a sawdust and superglue rag he ran back in the eighties. It just about kept afloat for a while, but its customers had a bad habit of frequently dying in mid-subscription. That thought always kinda weirded me out: a couple of months’ worth of a magazine subscription falling into a dead man’s house. Anyway, Merrill once told me that he know the identity of the guy wearing the Sasquatch rig-out in the Patterson/Gimlin movie. I used to hound him about it, because that book would have been the big one. I could have bought the boat off that one, if only he’d tell me. But he used to say that he was sworn to secrecy, and that if he ever told, a bunch of stuntmen would take him for a ride out to Mulholland Drive, and he’d never be seen again. Maybe he was just putting me on.

So anyway I went out to see Merrill that day because I figured if anybody would know the show I was trying to remember, it would be him. He answers the door dressed like he usually does, in a red silk dressing gown over pyjamas, with a gin and tonic in one hand, and one of those exotic thin cigarettes that odd-balls and perverts smoke in the other. He is tall, slender, bald as a coot, and has one of those weirdly functional faces, you know the type? Like almost everybody’s face has a certain degree of character, be it endearing or otherwise, but then there is another variety of face altogether, whereby the eyes, nose, mouth and what have you are just there, making up the numbers, serving their function. That’s the kind of face Merrill had.

After listening to him go for a while, about creature cons, and how everybody was dying, and how everything was cruddy now, and how we’d been lied to about 9 11 and how the footage of Bush in the school wasn’t even real, and so on, I finally got around to asking him. Sure enough, his eyes lit up, and he ran off to fetch a book. The book was called Science Fiction Serials of the Sixties and Seventies. Merrill leafed through it for a moment, and handed it to me open at a page. I felt one of those amazing rushes you get when you’re reunited with something from a very long time ago, something that seemed almost utterly vanquished and forgotten, but then there then there it is, just as it was; a curious reminder that the past was real, after all, and events, like places, are sometimes retraceable. The heading read The Nowhere People (ABC, 1968.) Underneath, there was a photograph of the blonde from the café; the caption read Candice Hilligoss Was The Girl From Nowhere in the Strangest Serial of Them All!

Posted by Tristan Eldritch at 9:50 AM