The Curious Tale of Jackie Gleason, Richard Nixon, and the Dead Aliens. 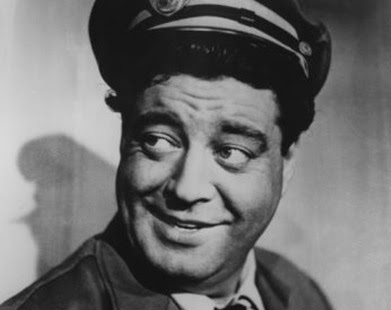 Our tale begins in May of 1986, in the home of an aging legend: the Great One himself, Jackie Gleason. First we must be introduced to another man: Larry Warren. was a member of the US Air Force Security Police; in 1980 he was stationed at the RAF Brentwaters base in Rendlesham forest, . Something really strange happened in in December 1980, which is the source of great controversy to this day. A group of RAAF airmen stationed at the base claim to have witnessed the landing of an extraterrestrial craft in the forest. The event, which remains unexplained and hotly debated today, came to be known as the Rendlesham Forest Incident, and the “British Roswell.”

wrote a book called “Left at the Gate” about the incident. In 1986, he was in , contributing to HBO and CNN specials about the Rendlesham incident. In his own words: “Through mutual friends who knew members of his family, I was told that Gleason would like to talk to me privately in his home in Westchester County, and so the meeting was a set for a Saturday when we would both have time to relax.” The pair adjourned immediately to Gleason’s recreation room. According again to : “There were hundreds of UFO books all over the place, but Jackie was quick to tell me that this was only a small part of his collection, which was housed in his home in .” The two men commenced drinking (Warren on beers and the Great One on scotch) and talking saucers. It wasn’t until late in the session that Gleason dropped a bombshell: “At some point, Gleason turned to me and said “I’m going to tell you something amazing that will probably come out some day anyway. We’ve got ‘em.” Got what, I wanted to know. “Aliens!” Gleason spluttered, catching his breath.” Within a year, Gleason was dead.

Jackie Gleason is a show business aristocrat in . He will be remembered chiefly for two iconic roles – as the luckless, temperamental bus driver Ralph Kramden in The Honeymooners, and as Paul Newman’s sagacious opponent Minnesota Fats in The Hustler. (Kramden provided the model for Fred Flintsone, and thus a whole sub-species of luckless American husband is born, extending into modern times through Al Bundy, Homer Simpson, and a variety of others.) What is less known about Gleason at the time is his fascination with the paranormal. Gleason is a chain smoker of the old school, averaging between five and six packs a day. He apparently suffers from insomnia, and reads long into the night, slowly assembling a collection of fringe/UFO literature which will one day be donated to the libraries. He has also built a futuristic house on the outskirts of , which resembles, well, a flying saucer. Popular Mechanics run a feature on it, revealing that the “Mothership” contains an eight foot bed with a television built into the ceiling above it. On , Gleason is in , running a charity golf tournament at the Inverray Golf and Country Club. 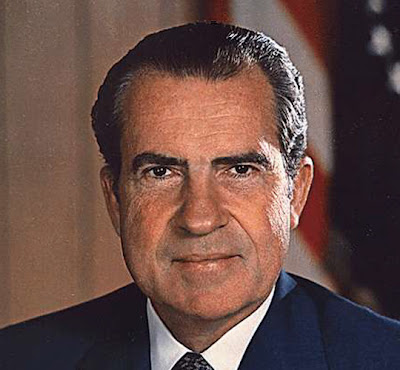 Gleason is a keen supporter of both the Republican Party and the FBI, and he and Nixon have been friends for years. The two men play golf on the eighteenth hole of the Inverray Golf course. According to the second-hand testimony of both Frank Warren and Gleason’s second wife Beverly, the conversation soon turns to the subject of UFOs and aliens. Gleason expresses his interest in the subject, and Nixon archly suggests that he, too, is interested in aliens. But he refuses to say too much, and the two complete their game in high spirits.

Now here is where things start to get strange, and increasingly subject to Ripley’s caveat. Apparently, later that night at around , Nixon shows up at Gleason’s house, by himself, in a private car. Enigmatically, he tells Gleason he has “something to show him”, and the legendary comedian and infamous president head off into the night. Their destination is Homestead Air Force Base. They finally arrive at a segregated compound in the base, and enter a heavily guarded complex of laboratories. Nixon first shows his puzzled guest what he insists are parts of a flying saucer. Gleason is at first convinced that Nixon is playing an elaborate prank, but there is more to come. Ralph Kramden is about to go where he had so often threatened to send his television wife, with the lo-fi rocket propulsion of domestic violence; the Great One is about the come face to face with the Secret of Secrets. “Next, we went into an inner chamber, and there were six or eight of what looked like glass-topped Coke freezers. Inside them were the mangled remains of what I took to be children. Then – upon closer examination – I saw that some of the other figures looked quite old. Most of them were terribly mangled as if they had been in an accident.” According to , Gleason insisted that the bodies had three or four fingers on each hand, and were definitely not human.

What really happened? If the alleged run to actually happened, was Nixon merely playing his buddy for a chump? Was the story a witty invention on Gleason’s part, or perhaps a senile fantasy spun out in later life? Was it merely bid for outré publicity on the part of Larry Warren and Beverly Gleason? (Are people called Larry inherently untrustworthy?) Or….what if it is entirely true? What if there really was a weird singularity in the history of the twentieth century, a secular miracle that crash-landed onto the soil of the Heartland of Dreams, and found itself buried in reams of secrecy and tabloid myth, and lived on only in that country’s brawling, paranoiac dreamlife? Fact or gonzo folklore, the curious tale of Jackie Gleason, Richard Nixon, and the dead aliens is far too good to resist. “Bang! Zoom! Straight to the moon!” 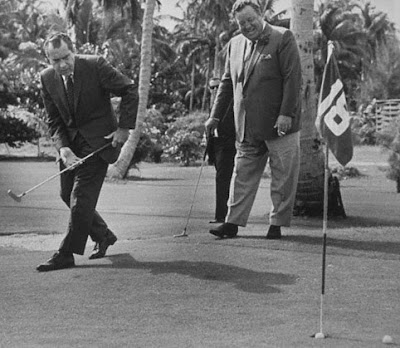 Posted by Tristan Eldritch at 2:50 PM

The book Warren wrote was called "Left At East Gate".