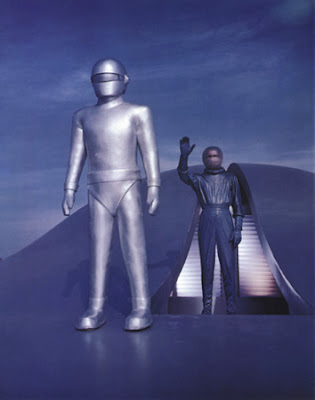 By virtue of an extraordinary historical synchronicity, the run-up to 2012 continues to unfold as one of the most turbulent and potentially transitional periods in recent times. We are probably observing nothing more extraordinary than the regular operation of the historical process, in one of its admittedly brisker and more volatile moods, instigating changes and paradigmatic shifts that will be the commonplaces of futurity; that will become rational, even inevitable, in the analysis of future historians. But we have the projected date of the 2012 solstice, in reality a product of misinterpretation and myth-making more than anything else, and when we combine this with the profoundly jittery state of global affairs at the moment, the human mind finds itself easily seduced by the intimation of even greater synchronicities at work, by prophetic and apocalyptic modes of perception which are to some degree historically hardwired into our collective unconscious. At the moment, we haven’t the simple liberty of shooting the wilder effusions of fringe theorists like so many fish in a barrel; reality and the apocalyptic imagination are feeding off one another, and achieving a bizarre confluence. As New York Times columnist Thomas L. Friedman writes in his recent book Hot, Flat, and Crowded: Why We Need a Green Revolution: “Last December, I picked up a newspaper and thought I was reading the Bible.”

In October 2008, with one of the most emotionally charged US presidential elections in recent times nearing its conclusion, and the global financial system remaining a virtual roller-coaster ride of dramatic fluctuation and paranoid speculation, the prophetic fervor continues unabated. Australian actress, writer, and psychic Blossom Goodchild may not quite have achieved Sara Palin levels of mainstream exposure, but her predictions for tomorrow (October 14) have become a massive cause celebre on Youtube, and various other rogue channels of the uncensored id of the internet. Basically, Blossom insists that a massive extraterrestrial space craft will appear somewhere in the southern hemisphere, and remain there for a period of about three days. Goodchild claims to be channeling information from a quasi-religious intergalactic alliance called the Federation of Light, which has opted to make their presence known to us in order to aid our evolution to a “higher vibration of love” in these dark times.

Prophesy normally thrives on maintaining a certain vagueness with regard to dating; in this fashion, the Book of Revelation has kept people on tender-hooks for centuries. Similarly, belief in a possible global disclosure of intelligent extraterrestrial life tends to always operate on the very edge of fruition. The world-transforming lightshow of apocalyptic rapture and alien visitation are longed-for miraculous intrusions which are perpetually hovering on the horizon, just around the next corner. Blossom’s insistence on a specific date has thus not won a particularly large coterie of true believers, such is the potential for egg-on-face so vast come October the 15th. Nevertheless, she is not the only one experiencing palpably strange and insistent vibrations running through the ether at the moment. The Arlington Institute, founded by John L. Peterson, is a large, non-profit futurist think tank dedicated to extrapolating future trends in technology, politics, and culture, and to the projection of positive strategies to deal with problems relating to the economy, species extinction, peak oil, climate change, and water scarcity. Although the Institute is primarily an interdisciplinary body of fairly conventional outlook, one of its more eye-brow raising projects is the study of precognitive dreams:

Here at the Arlington Institute, we have worked with real precognizant dreamers who have had experience with intelligence services and we have subsequently learned about the hundreds of case studies of individuals who had explicit dreams about the 9/11 affair (people jumping out of burning high rise buildings, etc.), beginning some six months before the event. We have been intrigued with the notion that the human collective unconscious somehow anticipates large impending perturbations. Our WHETHEReport project, for which we are looking for funding, is in fact based upon this dynamic. In telling people about this project I have received strong confirmations of the efficacy of the underlying logic from many individuals around the world.

The Institute’s dream monitoring experiment, which also collects data from a web-spidering capability which collates data from across the Web in order to uncover subliminal indicators of upcoming events, has been ablaze in recent times, literally awash with suggestions of apocalyptically transformative events to begin occurring this October. In a recent entry to his web journal, alleged alien abductee and New Age philosopher/entrepreneur Whitely Strieber writes: “Not since the summer of 1989 have I seen such a massive upwelling of dire prophecy in the world. At Unknowncountry.com, we are getting emails every day from people who are having dreams or visions of terrible events in the immediate future.” There is no doubt that the world at the moment is having deeply perturbed dreams. Strieber himself believes that there is a high likelihood of a major terrorist attack derailing the presidential election and capitalizing on current global economic uncertainty.

Projections for 2012, and indeed prophetic ruminations in general, tend to fall into two categories: those that posit a wonderful, redemptive spiritual transformation, and those that posit a catastrophic disaster. Our current wash of prophetic dreams fall into this pattern too: the dream of Blossom Goodchild, which basically channels the more unreflective wish-fulfillments of religious sentiment through the language of science fiction, as against the various grim nightmares of impending 9 11 type attacks, earthquakes, hurricanes, and so on. Our destinies are always poised between the opposing poles of Eros and Thanatos, and it may that at certain flashpoints in our history this perennial conflict becomes more intense and pronounced, and in the crucible of our dreams these perennial combatants assume vivid life in various strange forms. Even Time Magazine is presenting the economic crisis in apocalyptic terms: its current edition features on its cover the financial capitol of sinking into a Day After Tomorrow-type flood, and a full page spread in which the earth is consumed in flames.

Writing about apocalypticism, Whitley Strieber argues that it frequently represents the externalization of a profound, epochal interior transformation:

However, I do have an idea why there is so much disquiet right now. It is because the mind of man is changing, and we know it, and we see the internal demolition that is taking place in terms of external catastrophe.

The Middle Roman Empire, while it was still thriving and things like Christianity were still far below the radar of the average citizen, was full of prophecies of doom. In fact, the apostles were originally expecting the end of the world in a matter of years, which is what they went out to preach. wrote the Book of Revelation in a prophetic trance. Not long after, itself burned to the ground and it was thought that the end had come.

But that’s not what happened. The burning of did not bring the empire to an end, and the Book of Revelation was not about a physical catastrophe, at least not then. It is, rather, a prophecy of a fundamental change of mind that would explode into the Roman world in another two hundred years.

In the world today, we have witnessed the gradual evolution of the global banking system into something so vast, complex, and abstract that it has become impossible to fully understand, never mind control. The development of powerful computers, trading software and fibre-optic communication has made the markets of the world a densely interconnected biosphere, and created financial instruments – derivatives, swaps, structured investments, and so on – which have made the boundaries of what we call money increasingly fluid and opaque. Along with this delicate biosphere developed the economic equivalent of the naturalistic fallacy: the Regan/Thatcherite doctrine that the market, left as much as possible to its own devices, could do no wrong. The bizarre high-stages poker game of investment banking went no-limit, and wild cards began increasingly to abound. In the current implosion of this system and ideology, the Federal Bank and governments around the world are increasingly forced to make profoundly important decisions on the fly, instigating counter-intuitive, almost irrational measures that are nevertheless necessary to placate a global market which has come to resemble a drunken, vengeful Old Testament deity. Are we witnessing a complete breakdown of our current financial system, potentially a change as profound as the emergence of Christianity which Whitley Strieber discusses, or merely the end of the Regan/Thatcherite ideology of aggressive free-markets? As Thomas Homer-Dixon asks in the Toronto Globe and Mail: “Are we simply in the midst of another gut-churning fluctuation of a world economy that’s prone to intermittent volatility, but always seems to find its footing? Or are we glimpsing a deeper emergency, one that goes to the heart of modern capitalism?”

Homer-Dixon certainly seems to believe that we have entered a crisis which perhaps necessitates a complete overhaul of the system, arguing that the financial system has morphed into one of inherent uncertainty rather than manageable risk:

Commentators and policy-makers are still talking in terms of risk. Markets, they say, need to reassess and reassign risk across securities and companies. But in reality, markets are now operating under uncertainty. Nobody really knows where the boundaries of the current problem lie, what new surprises are in store, or what measures will be truly adequate to stop the bleeding.

So are our apocalyptic dreams really the subliminal evidence that we are living in hair-trigger times of profound change, in which the great opposing poles of our nature, those which strive toward full evolutionary maturity, and those which pull us back to aggressive adolescent self-destruction, are once more to come into epochal confrontation? Or are we merely experiencing the typical fluctuations of history, and losing ourselves in an the excitement of an age old eschatological frisson, a prophetic delirium which will become immediately apparent in the cold light of day, when the Mothership fails to manifest itself in the sky? These are enough questions for tonight. I wish Blossom Goodchild and her followers a restful night. Tomorrow will be a big day.

Postscript. Many commentators have expressed a degree of surprise at the religious dimension to the Blossom Goodchild prediction. However, this has always been an intrinsic aspect of the flying saucer myth. Throughout his history, mankind has always intuited certain profound limitations to his own nature, and created gods to symbolize levels of perfection to which to he himself could not attain. In the twentieth century, some variations of the flying saucer myth made the alien the higher level of being and maturity which stood above the human level. Blossom Goodchild’s vision of a benign federation of advanced alien beings which we have to potential to join, but not yet the maturity, is an old idea. The 1951 sci-fi classic The Day the Earth Stood Still posits a similar scenario: in the darkness of the Atomic Age, an advanced alien arrives on earth to tell us, basically, that we have a lot of growing up to do as a species. The myth of the flying saucer emerged, interestingly, at roughly the same time that the human race attained the destructive capacity of the atom bomb, as though the collective imagination was inventing both a reflection of atomic anxiety, and a potential extraterrestrial deus ex machina. A remake of The Day the Earth Stood Still, featuring Zen vacuum Keanu Reeves, is shortly to be released; I will hazard the prophesy that it won’t be any good. Blossom Goodchild’s prediction has also dovetailed with an increasingly popular piece of conspiracy lore which suggests that the New World Order will shortly consolidate for all time the agenda of the military industrial complex by way of a staged extraterrestrial attack. The plot of Alan Moore’s graphic novel Watchmen also hinges on a faked alien invasion, this time for the purpose of ending the Cold War; that movie will also be with us shortly.

Posted by Tristan Eldritch at 7:24 PM